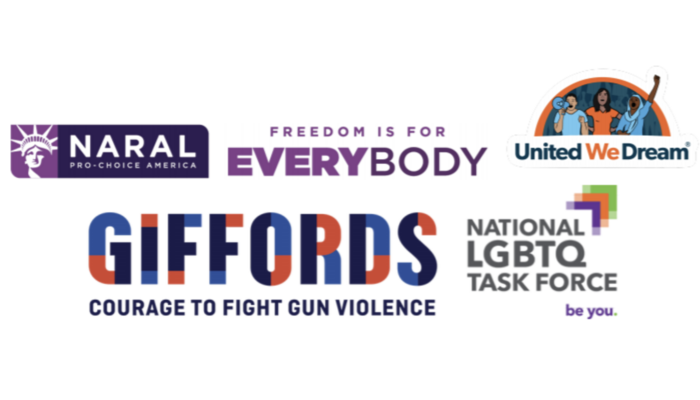 In another example of liberal gaslighting, a coalition of leftist activists has come together to tell the media that they are not being sympathetic enough to their causes and explain how they can become better allies.

Hilariously, this ridiculously partisan coalition put together “Guiding Principles for Inclusive, Accurate, and Unbiased Coverage,” a resource to “help reporters spot disinformation, add necessary context to sources and information, write stories that are accurate and unbiased—and truly tell the whole story.” Because “Even the most experienced and well-intentioned reporters and editors can sometimes use language or imagery that is harmful.” Oh, no, we wouldn’t want the most extreme factions of the left to have their feelings hurt by news reports!

This new guide is based on a laughable study NARAL released last year on media coverage of abortion and that’s why most of the advocacy promotes killing unborn babies in the womb.

The groups outline four principles with examples for each of their causes. It is so dishonest and blatantly biased, it’s crazy, but few in the media will realize that, I’m sure they’ll just eat it right up.

Then they use convoluted “context” to try to claim that the heartbeat that doctors and scientists have been referring to as a “heartbeat” for decades is not actually a heartbeat because it’s “is not the same as a heartbeat that pumps blood,” and therefore the term “heartbeat bill” is inaccurate.

If writing about Roe v. Wade:

DO include the context that 77% of Americans support keeping the landmark decision in place.

DO NOT omit the context of widespread support.

But most Americans don’t understand that Roe v. Wade made abortion legal throughout all 9 months of pregnancy with a porous health exception. This June 2021 AP-NORC poll found only 34%of Americans support abortion being legal “in all or most cases” in the second trimester, and far less (19%) in the third, which is in direct contradiction with Roe and shows this guide’s numbers are bogus.

If you are sourcing information from an anti-choice “research” group:

DO include that the anti-choice movement has established organizations dedicated to raising false claims about the risks of abortion, contraception, IVF, and more under the guise of medical expertise.

DO NOT quote such resources without verifying and contextualizing their methodology, including the wording of polling.

These are especially insane statements when you realize that their list of “Independent Medical Experts” includes Physicians for Reproductive Health, National Abortion Federation, Planned Parenthood, and PP’s former research arm the Guttmacher Institute!

For guns, the coalition is equally as underhanded:

DO NOT give equal weight to sides of the issue if they are not equally weighted in public opinion, or if one opinion is based in disinformation. …

DO include context about the actual effects these laws [‘that allow the concealed carry of guns without a permit’] have on public safety, in addition to the voices of those who have increased fear for their safety due to these laws. [My emphasis.]

DO NOT use gun lobby terms like “constitutional carry,” which perpetuate falsehoods about what the Second Amendment does and does not protect. …

As a cherry on top, they include this common fallacy that the NRA and other gun rights groups profit off of gun sales. So much for “accuracy.”

If you are including a quote from a gun lobby group purporting to speak for all gun owners, or an individual affiliated with the gun lobby:

DO contextualize the source’s or source organization’s vested financial interest in eliminating gun laws and putting more guns in the hands of more people. …

On to the gender and sexuality crowd. Suddenly, polling is less important and I’m sure “hate group” is redefined as anyone who doesn’t celebrate all things LGBTQ:

DO NOT place public opinion above medical expertise, which states that transition-related care for transgender youth is vital, life-saving, and supported by major medical associations. …

DO ask the [‘anti-LGBTQ bill sponsor or supporter’] interviewee to concretely identify an example in their district of a problem the bill solves, rather than allowing them to fearmonger using hypotheticals.

More ridiculousness from illegal immigration advocates. No doubt ANY group that does not support fully open borders is defined as a “hate group,” and I’d like to add in light of the following that reporters should NOT quote pro-abortion hate groups without providing context on their background as racists with a history of eugenics.

If you are including a quote from a leader of a hate group in an article about immigration:

… DO NOT quote anti-immigrant hate groups without providing context on their background as nativists with a history of eugenics. …

If you are including a quote from police, ICE, CBP, or another institutional power regarding immigration policy or an individual in detention:

DO recognize how this institution has historically harmed marginalized communities, including people of color and LGBTQ communities.

The document concludes with a plea for news organizations to “reach out” to the groups so they can provide further help “[c]onnecting with relevant perspectives and tracking down context.”

I wish the media would put this guide in the trash where it belongs, but instead we’ll probably be seeing style guides updated with this garbage soon.