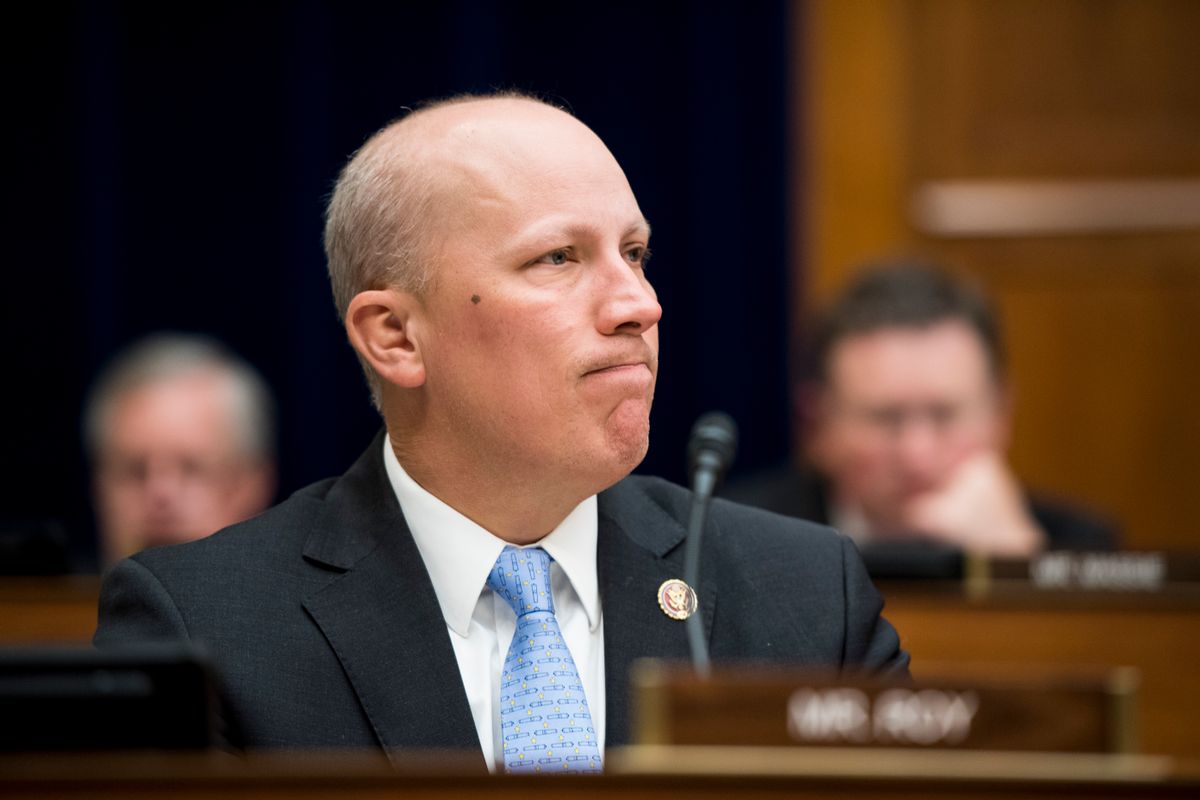 Today’s Republican Party is a fascist, criminal, sociopathic, anti-democratic, white supremacist, theocratic, plutocratic and cultlike organization. Its leaders (and followers) have repeatedly and publicly shown the world that they embrace such values and behavior.

In response, the Democratic Party, the mainstream news media and too many average Americans have responded to the Age of Trump and its horrors by trying to convince themselves that the Republican Party and larger right-wing movement are something other than what they have shown themselves to be.

And of course there is the fetish of “bipartisanship.” Under its sway, the Democratic Party’s leadership and too many among the mainstream news media and commentariat have convinced themselves that compromise with Republicans, no matter how radicalized and extremist they have become, is something virtuous in itself.

If the road to hell is indeed paved with good intentions, that truism is especially correct here. President Biden and the Democrats have attempted to work with an opposition that has at almost every moment shown itself to be an enemy of democracy, up to and including its support for Trump’s ongoing coup attempt and the Jan. 6 attack on the U.S. Capitol.

As I have previously written, “white identity politics and white rage are more important than pocketbook issues for many of today’s Republican voters.” The only meaningful way Biden and the Democrats can fight back must begin with “acknowledging that this crisis of democracy is existential” and acting accordingly:

This means not cooperating with the Republicans on any policies in the name of “bipartisanship.” Protecting American democracy should be the Democrats’ No. 1 priority. To work with Republicans is to legitimize them as responsible partners in government, when in reality today’s Republican Party is an extremist, anti-democratic and white supremacist criminal organization.

Today’s Republican Party is ultimately incapable of being a partner in responsible governance. It rejects basic principles of democracy and compromise towards a shared goal of serving the public good. Instead, the right-wing movement’s primary goals are chaos, obstruction and destruction, with the aim of delegitimizing the very idea of democracy itself — except as a meaningless term used to describe one-party Republican rule.

Republican leaders, officials and other spokespeople know this is the strategy and have repeatedly admitted to it. Leaked video footage of Rep. Chip Roy, a Texas Republican, saying precisely that is only the latest example. As reported by Common Dreams:

Newly leaked video footage of a recent event hosted by the right-wing group Patriot Voices shows Republican Rep. Chip Roy of Texas openly admitting that his party wants “18 more months of chaos and the inability to get stuff done” as President Joe Biden, a bipartisan group of senators, and congressional Democrats work to pass climate and infrastructure legislation.

“Honestly, right now, for the next 18 months, our job is to do everything we can to slow all of that down to get to December of 2022,” Roy says in the clip, referring to the month after that year’s midterm elections. Republicans need to flip just a handful of seats to take back the House and Senate.

“I don’t vote for anything in the House of Representatives right now,” Roy says in response to an audience member’s question about the sweeping infrastructure and safety-net package that Democrats are planning to pass unilaterally alongside a White House-backed bipartisan deal.

As Indivisible co-director Ezra Levin noted on Twitter, “Chip Roy got caught saying it out loud, but to be clear this has been [Mitch] McConnell’s plan all along.”

What does Roy’s “18 more months of chaos and the inability to get stuff done” mean in practice? Of course it means blocking specific legislation, such as President Biden’s infrastructure bill and investigations into the Trump regime and its obvious crimes. More important still, it means further restrictions on Black and brown people’s voting rights in a 21st-century version of Jim Crow.

Over the last several decades, Republicans and movement conservatives have shown that for them democracy is not a primary virtue or a sacred principle. Instead, they view democracy as a means to an end, a tool for acquiring and holding as much power as possible so they can impose their will on those Americans targeted as the enemy.

Such political behavior is typical of failing democracies, where an extremist, authoritarian faction infiltrates government and then uses the institutions of democracy to destroy it from within.

As Nancy MacLean, Heather Cox Richardson and other scholars have shown, one of the main tensions in American society is the relationship between democracy, property and the value of human life. Should capital and profit reign over all other considerations? Or should the United States be a social democracy where human rights have primacy over profits and property rights?

From before the founding to the present, America has been a racialized society structured around the dominance of white people over nonwhite people, and for most of that history Black people were defined as human property. So these debates about “freedom” and “rights” can often be reduced to a basic question: How much power, wealth and control should a small minority of rich white men hold over everyone else?”

In an interview last year with Yale News, political scientist Jacob Hacker explored how Republicans have built an implausible coalition rooted in “plutocratic populism,” combining “organized money and organized outrage to win elections, tilt the playing field in their favor, and govern for the top 1%.” In order to draw voters to support economic polices that were beloved by “big donors and big corporations but unpopular among voters, and even many Republicans,” the party created an “infrastructure of outrage,” notably the NRA, the Christian right and the right-wing propaganda media.

There’s an obvious contradiction at work here, Hacker notes, but to this point Republicans have managed to conceal that from their own voters:

[T]he steep rise in inequality after 1980 created a sort of conservative dilemma for Republicans in the United States. Essentially, there’s a growing tension between those at the top and the rest of society. It’s a tension between the goals of the plutocrats — the richest people, big business, and the organizations they create to influence policy — and the ideas that Republicans need to articulate to attract ordinary voters.

In particular, Republicans have become increasingly reliant on white working-class voters. These are [Lee] Atwater’s populists. But to do so, Republicans basically divorce their economic policies from their electoral strategies. Those strategies rest more and more on radicalizing voters and getting them to see electoral politics as “us versus them” identity wars. They use racial imagery, demonize government and Democrats, and basically create a kind of tribal identity around whiteness, conservative Christianity, rurality, gun ownership, and the like. The goal is to shift the focus from the growing economic divide and instead incite outrage that reliably gets their voters to the polls but doesn’t challenge the party’s plutocratic aims.

Unless Joe Biden and the Democrats jettison the totem of “bipartisanship” — which is largely a concern of the political class, not average Americans — the Republican Party’s chaos campaign against democracy will keep on winning.

Next year’s congressional midterms and the 2024 presidential election will be two of the most important elections in American history. Democracy is literally on the ballot. The Republicans and their allies and foot soldiers are following through on an aggressive plan to end multiracial, majoritarian democracy by nullifying the people’s will, and have made clear they are willing to endorse right-wing terrorism and political violence to win and hold power.

What will it take for the Democratic Party, its leaders, the press and the American people to take the Republican Party’s existentially dangerous behavior more seriously? Or is it already too late to stop America’s accelerating descent into neofascism and a “whites only” pseudo-democracy?