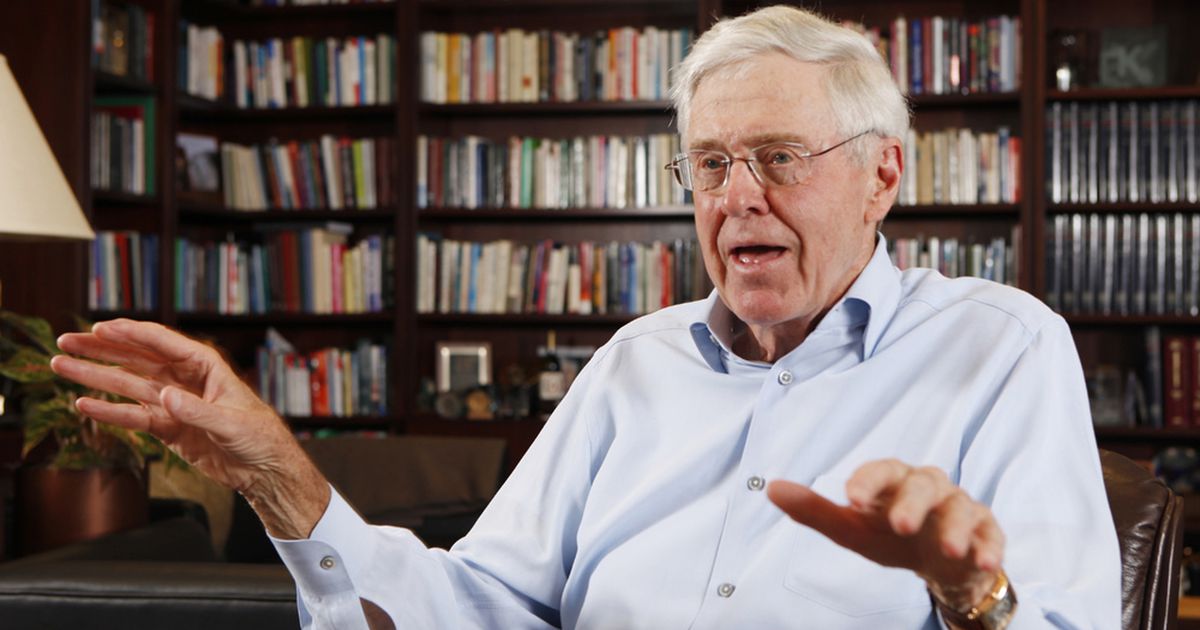 FILE – In this photo May 22, 2012 file photo, Charles Koch speaks in his office at Koch Industries in Wichita, Kan. (Bo Rader/The Wichita Eagle via AP, File)

By Ron Molen | The Public Forum

The nation has two major internal threats: Donald Trump and Charles Koch. Trump refuses to play by the rules, a pitiful sociopath who can’t stand to lose an election. And Koch wants to shrink democracy and eliminate government regulations that make the nation safer and healthier. He and his syndicate of fellow billionaires now control virtually every red state’s legislature, Utah’s included.

Once secretive, Koch’s empire has now been revealed in his new book, “Believe in People,” in which he brags that his syndicate has: “seven hundred of America’s most successful business leaders,” “over one thousand professors at three hundred universities and other post-secondary organizations,” “tens of thousands of K-12 teachers and educators,” and “millions of grassroots policy advocates in all fifty states.”

The gun violence epidemic (NRA) and toxic air (Koch Industries) are both at scandalous levels and with Koch’s anti-science Tea Party in control of the Republican Party, too little progress is made addressing climate change.

Trump is a self-aggrandizing fool while Koch has become the “uber mensch” of an oligarchy with tremendous power. If you don’t feel threatened … you should!