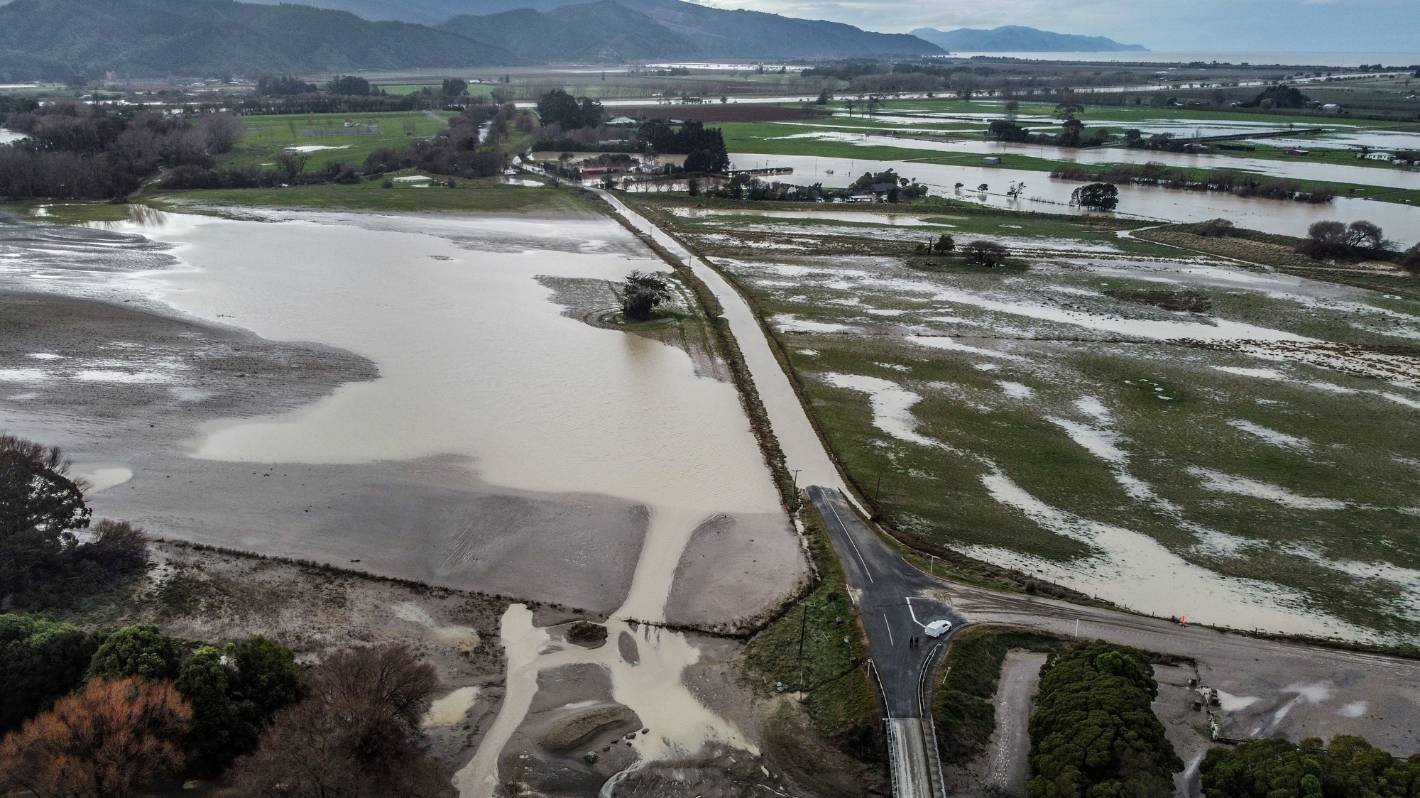 As documented by NZ Herald local democracy reporter Adam Burns in a August 4 article, Smith called the NCCRA “the science of bullshit”.

This follows an opinion piece by Smith in the Marlborough Midweek, dated July 29, stating that the NCCRA report was, “an expensive load of rubbish”.

Straightforward political posturing, you might say. But the basis for MP Smith’s criticism is a report by the Wellington consultancy Tailrisk, which some might remember as coming into significant criticism from public health officials in April last year after Tailrisk issued an analysis questioning the necessity of the Covid lockdowns.

READ MORE:
* Outdated planning processes have not helped us respond to climate change
* What you can do to help save the planet
* Addressing existential dread: How do we deal with the latest climate news?

It is no surprise that the economists at Tailrisk were well over their heads when dabbling in public health issues.

The same might be said of Tailrisk’s critique of the NCCRA. The reports which make up the NCCRA were assembled over 9 months by professionals from industry (AECOM, Tonkin & Taylor), NIWA and academia.

The report won an award for technical documentation from the Resource Management Law Association of New Zealand. Considering the report’s pedigree, an economist questioning the science behind the report is laughable at the very least.

The root of Tailrisk’s criticism is a misinterpretation of a basic hydrological parameter in an obscure 2019 Niwa report referenced by the NCCRA.

The Niwa report is a survey of New Zealand rivers, where the authors calculate a statistical parameter called ‘mean annual flood’ (MAF). MAF is used in the calculation of flood severity (e.g., the size of one-in-one hundred year floods), so it is important to hydrologists, but it is not a proxy for flood severity, and the report cautions readers against misconstruing it as such.

Climate modelling reported in the Niwa report shows that MAF increases for a number of west coast rivers in the coming years (‘the wet get wetter’) but actually decreases in most Canterbury rivers. The decrease is due to predicted increasingly dry conditions in Canterbury.

You can imagine that rivers might undergo a number of years of decreased flow due to drought, lowering their MAF, but still host increasingly severe floods every few years or decades.

Tailrisk thought they had found a serious contradiction to the conclusions of the NCCRA report that they could sink their teeth into and blasted the NCCRA as being unscientific. MP Smith echoed this misinterpretation in his comments at the Ashburton meeting.

It is disturbing that the National Party spokesperson would believe the rantings of a contrarian economist over the army of industry, government and academic specialists who prepared the NCCRA report.

A simple phone call to a hydrologist or a climate scientist would have cleared up Tailrisk’s misinterpretation in an afternoon.

More disturbing is that MP Smith is noted as suggesting that climate change would not cause an increase in extreme flooding, counter to the consensus of Niwa and IPCC climate scientists.

His talk at Ashburton does a considerable disservice to the residents there, who had just suffered horrendous flooding in late May. The flows on the Upper Hinds and Ashburton/Hakatere Rivers were reported to be the highest on record.

If the community is going to rebuild with enough reinforcement to withstand future floods, they need good scientific advice. Telling people that they shouldn’t expect increased flooding as climate change progresses is simply dangerous.

So, what is the National Party’s purpose in spreading misinformation about the NCCRA report and climate change-induced flood risk?

Are they following the lead of the National Rifle Association in the US, which shows up in towns after mass shootings to rally the faithful against new gun control laws? Do they think that telling rural folks that climate science predictions are wrong will win them votes?

We’ve seen conservative political parties overseas turn against science when it suited them.

We saw the Republican Party in the US turn against the teaching of evolution in schools as a way to attract the conservative Christian vote.

In the last decades, we have seen the Republicans turn against climate science at the behest of their fossil fuel industry patrons. Their latest attack has been against public health measures to address the Covid pandemic – resisting lockdowns, masks and vaccination.

And, we’ve all seen how poorly the last US administration responded to the pandemic.

It has been grimly surprising to see one of the world’s wealthiest nations tally up the world’s highest number of Covid fatalities.

In contrast, New Zealand followed the advice of public health officials and is one of the few countries to have eliminated the virus and kept it out.

We are the envy of the world for this accomplishment. Needless to say, listening to scientists is good public policy.

Let us hope that the National Party does not follow down the road of the US Republicans.

Climate change, like the pandemic, is too serious an issue for political point making at the expense of overwhelming scientific consensus.

If you have any questions about climate change and global warming, ask at Climate Karanga Marlborough’s website (climatekaranga.org.nz) or on its Facebook page.

Father of child killed in Parkland shooting spars with Gavin Newsom over gun rights: ‘Sit this one out’
ILA | Hawaii: Senate Public Safety Committee to Hear CCW Restriction/Reform Legislation
Pro-gun judge targeted by Newsom might have the Supreme Court on his side
Why Ben Gvir wants more guns on the streets
ILA | Florida Supreme Court Upholds Penalty Provision in State Preemption Statute.