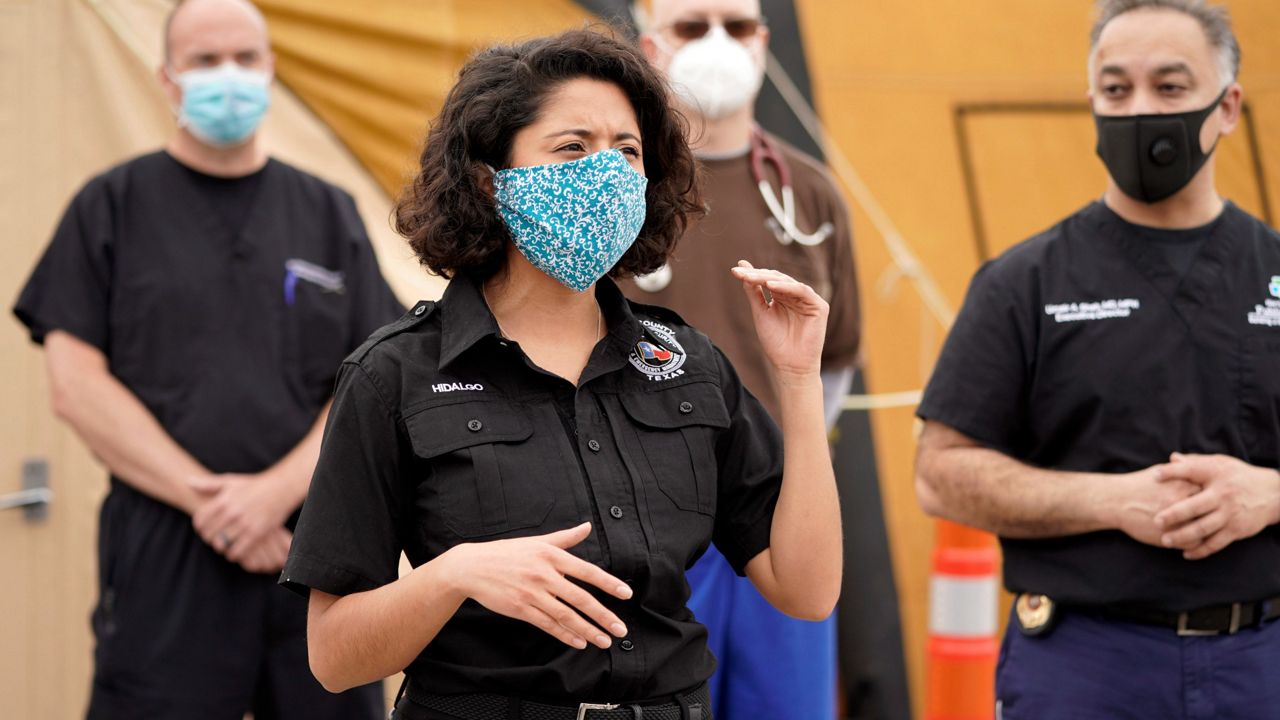 HOUSTON — The National Rifle Association on Tuesday, citing COVID-19 concerns, announced it has canceled its annual meeting. That meeting was to take place in Houston over three days in September.

As of Wednesday morning, the county judge’s mocking of what is commonly regarded as a meaningless gesture had gained a great deal of traction on Twitter, with more than 400 comments, nearly 800 retweets and more than 4,000 likes.

“Anyone on here needs to realize this will cost the city and county a lot of tourist and convention revenue. but Lina is more concerned with abolishing the 2nd amendment,” one Twitter user wrote.

“After endangering us all with their guns-everywhere-all-the-time agenda, event the #NRA finds Texas Covid ratios too high,” another user wrote.

The NRA said it made the decision after analyzing relevant data regarding COVID-19 in Harris County, where Houston is located. Houston, like other Texas cities and communities, has seen a jump in COVID-19 cases and hospitalizations due to the highly contagious delta variant. Hospitals in the Houston area and around the state have continued to fill up with COVID-19 patients, with ambulances sometimes waiting hours to offload patients as beds have become scarce.

“The NRA’s top priority is ensuring the health and well-being of our members, staff, sponsors, and supporters. We are mindful that NRA Annual Meeting patrons will return home to family, friends and co-workers from all over the country, so any impacts from the virus could have broader implications. Those are among the reasons why we decided to cancel our 2021 event,” the NRA said in a statement.

The NRA had announced in January it had filed for bankruptcy protection and would change its state of incorporation from New York to gun-friendly Texas.