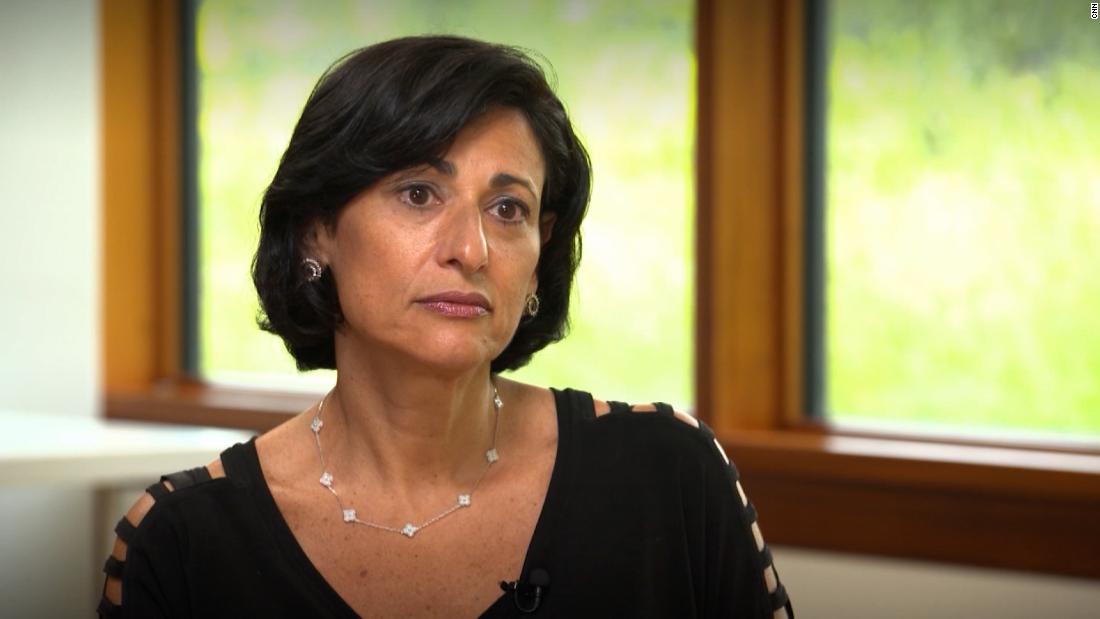 “Something has to be done about this,” CDC Director Dr. Rochelle Walensky said in an exclusive interview with CNN. “Now is the time — it’s pedal to the metal time.”

This summer alone has seen a spree of gun injuries and deaths, and the weekends have been especially violent, with an average of 200 people killed and 472 injured by guns each weekend in the United States, not including suicides, according to an analysis done by the Gun Violence Archive for CNN. That’s nearly 3.4 people shot every hour every weekend.

“The scope of the problem is just bigger than we’re even hearing about, and when your heart wrenches every day you turn on the news, you’re only hearing the tip of the iceberg,” Walensky said. “We haven’t spent the time, energy and frankly the resources to understand this problem because it’s been so divided.”

The last sitting CDC director to make strong public statements about gun violence was Dr. David Satcher, who served in the position from 1993 to 1998.

The National Rifle Association is a powerful lobbying force in Washington, and fearing Congressional budget cuts under NRA pressure, former CDC directors for decades were all but silent on gun violence, even as guns killed tens of thousands of Americans a year.

Satcher said Walensky was brave for speaking out.

“This might mean — could well mean — taking some risks, so I salute Dr. Walensky,” Satcher said.

In April, President Joe Biden said the country was facing “a gun violence public health epidemic,” but the CDC hasn’t said how it plans to address the epidemic until now.

“I swore to the President and to this country that I would protect your health. This is clearly one of those moments, one of those issues that is harming America’s health,” Walensky said.

Decades after lobbying pressure and politics all but stopped gun violence research, Walensky’s plan is to restart that research and identify effective solutions.

For example, the CDC is spending $2,224,482 to fund a surveillance mechanism that tracks, in nearly real time, the number of people coming into emergency rooms with nonfatal gunshot wounds. It collects data on the intent of the injury — documenting, for example, whether it was self-inflicted, unintentional or related to an assault.

The agency is also spending $8,085,935 on 18 research projects to prevent gun-related violence and injuries.
In one of those projects, gun stores in Colorado have developed a suicide awareness program. So far in 2021, more than 15,700 people in the US have used a gun to end their own lives, according to the Gun Violence Archive.
Another project in Vermont educates children about how to safely use and store guns. According to a 2015 study, an estimated 7% of US children — or 4.6 million, at the time — lived with at least one loaded and unlocked gun.

The CDC once did these kinds of studies — until 1997, when the NRA convinced Congress to cut all of the CDC’s funding for gun research, a loss equivalent to millions of dollars a year.

In 2018, then President Donald Trump signed a government spending bill that allowed the CDC to conduct gun violence research, and in 2020 and 2021 Congress agreed to millions of dollars for gun violence research for the first time in decades, allocating $25 million split between the CDC and the US National Institutes of Health.

Walensky said much of CDC’s research will be engaged in understanding the root causes of gun violence.

“Oftentimes these will be escalating events that occur that might lead to a suicide or a homicide, and what we really need to do is understand the root causes of that,” she said. “The firearm injury is probably the most distal part of what happens. It is the end event. What are the 10, 12, 15 things where we could have intervened before that singular event?”

Walensky is an infectious diseases specialist, but in 2012, she witnessed firsthand the grief caused by gun violence.

At the time, she was a professor at Massachusetts General Hospital, where Dr. Chana Sacks was a resident. Sacks awoke on December 14 to learn that her cousin’s son, Daniel Barden, had been shot at the Sandy Hook Elementary School in Connecticut. Daniel, a first grader, died that day.

“There were months of looking at pictures of Daniel every day and then a year of reading every book, every study, all the data I could find on firearm-violence prevention,” Sacks wrote in a 2015 essay in the New England Journal of Medicine.

Determined to find a way to curb gun violence, Sacks turned to Walensky, one of her closest mentors.

While mentors often direct young doctors to do research in well-funded specialties, Sacks says Walensky encouraged her to go into gun research, which was — and still is — politically charged and not very well funded.

“It was one step at a time, and Rochelle really helped me figure out each step, how I could find pathways to make this work,” Sacks told CNN.

Sacks went on to become co-founder and co-director of the Center for Gun Violence Prevention at Massachusetts General Hospital.

“This is inherently emotional work and Rochelle has helped me through a lot of tears,” Sacks said. “She saw that pain up close and there is no way to not be affected by it.”

‘I’m not here about gun control’

Walensky seems careful to avoid the ire of gun rights activists — she doesn’t even like using the word “gun,” preferring the term “firearm.”

“Generally, the word gun, for those who are worried about research in this area, is followed by the word control, and that’s not what I want to do here,” she added. “I’m not here about gun control. I’m here about preventing gun violence and gun death.”

She said she doesn’t want people to think she is trying to take away their guns.

She invited gun owners to be part of the solution.

CNN reached out to the NRA to ask if it was willing to work with Walensky. A spokesperson for the NRA did not respond to CNN’s request for comment.

When gun owners hear that the CDC wants to reduce gun violence, they’ll think that the government wants to take away their guns, said Dr. Chris Barsotti, an emergency physician and gun owner who teaches children in the firearm education program in Vermont.

“They’re going to think this is another political approach to make it difficult to access guns or potentially confiscate guns or create barriers to access,” Barsotti said.

Barsotti and other gun owners say there are committed to reducing gun violence. He is the founding CEO of the American Foundation for Firearm Injury Reduction in Medicine.

The NRA’s next steps

By speaking up, Walenksy risks enraging the NRA.

If the gun lobby again pressures Congress to cut CDC gun research funding, it’s unclear if lawmakers will acquiesce as they did in 1997.

Andrew McGuire, who’s been involved in gun control advocacy for more than 30 years, said the NRA may no longer have the political power it once did, given that the group tried to file for bankruptcy and New York Attorney General Letitia James has charged the NRA with illegal conduct and filed a lawsuit to dissolve them.
In a letter to its members, the NRA pushed back against the charges, saying the NRA was “committed to good governance” and that it “complies with board policies and accounting controls, (has) displaced ‘insiders’ who abused the Association, and accepted reimbursements for costs voluntarily determined to be excess benefits.”

“Is the NRA down and out enough that they can’t muster an all-out assault on the CDC? Or is that totally crazy thinking because the NRA can always muster any assault at any time?” said McGuire, executive director of the Trauma Foundation, an injury prevention organization.

Even if the NRA does mount an all-out war against the CDC, it’s not clear that Republican members of Congress will respond as obediently as they did 25 years ago, McGuire added.

“Are members of Congress who have been in their grip thinking of the NRA as a wounded animal and so maybe aren’t in their grip anymore?” he said.

While Walensky said she worries that just saying the word guns or talking about firearms could anger many Americans, she said she’s committing to pursing the gun violence research.

“I also worry that if we don’t do anything about it, we have a whole sector of the United States that gets really angry,” she said. “This is one of the leading killers of our young people in this country. It’s a high priority.”

Sacks, her former colleague in Boston, said Walensky is a determined person.

“If you’ve spoken to Rochelle for ten minutes, you know that when she focuses on something with intensity, it’s going to happen,” she said.