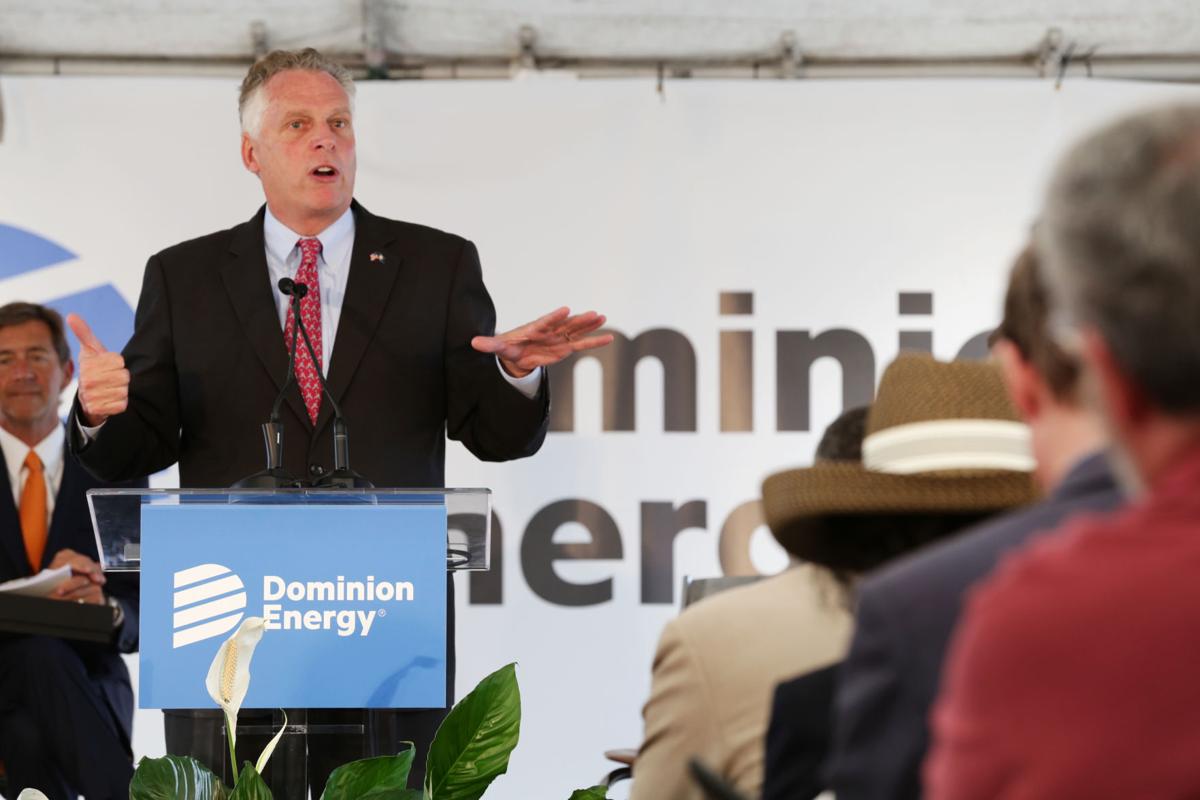 The issues of “voter suppression” and “disenfranchisement” have been much in the news lately. President Biden and Vice President Harris spoke on the topic in Atlanta on January 22, 2022. Pounding the lectern for emphasis, Biden told senators to “stand against voter suppression.” His remarks seemed to indicate that any senators who did not agree with ending the Senate filibuster or federalizing elections were racists and a threat to voting rights.

Here in Southwest Virginia, Dwayne Yancey, who for years wrote the editorials for The Roanoke Times but has now moved to Cardinal News, published an opinion piece on January 17 entitled “Who funded voter suppression in rural Virginia?”

In his column, Yancey carefully lays out the evidence and his allegation that Dominion Energy, a multi-state power company that enjoys monopoly status in much of Virginia, contributed to a fraudulent Political Action Committee (PAC) ironically named “Accountability Virginia PAC.”

On September 28, 2021, as the Virginia campaign was entering its final stretch, Axios posted a story “Dems’ Sneaky Sabotage.” The allegation was that “Accountability Virginia PAC” was masquerading as a conservative site but was actually a “shell” outfit run and largely funded by Democrats in order to depress GOP turnout and thus boost Democrat chances come November 2.

Public records show the PAC spent some $25,000 on ads on Facebook, Instagram, Google and Snapchat questioning then-candidate Glenn Youngkin’s commitment to Second Amendment rights. One ad alleged: “While the NRA backs Donald Trump, they REFUSED to endorse Glenn Youngkin. We can’t trust Glenn Youngkin on guns.” The misleading ads were viewed between 1 and 5 million times. For reference, the entire State of Virginia has a population of about 8.6 million. The ads were targeted at viewers in 207 zip codes where Republican voters are concentrated. Most were in far Southwest Virginia and the Shenandoah Valley, but some targeted zip codes around the Roanoke Valley while others were scattered across parts of Central Virginia and Tidewater.

This gist seemed to be: as Democrat popularity continues to plummet in rural areas, especially one year into the Biden administration, some key Democrat planners realized they could not persuade many rural voters to pull the lever for Democrats. However, if they could sow doubt about Youngkin’s 2A credentials, they could persuade such voters to stay home and, by depressing the GOP vote, hope to pull McAuliffe and the other Dems across the finish line by boosting turnout in bluer parts of the state.

To add fuel to the fire, on the following October 16, The Richmond Times-Dispatch released its provocative report, “Dominion Energy gave $200,000 to secretive PAC attacking Youngkin from the right.” With the quarterly publication of campaign finances, it was reported that between July and September 2021, Dominion had given the $200,000 figure.

Due to clever paperwork on the part of “Accountability Virginia PAC,” it did not need to report its final accounting until after the election. With final numbers in, the PAC announced it had raised a total of $578,600 for its war chest. Of that, $250,000 came from Dominion directly, and another 27,500 was chipped in by four Dominion executives as individuals. All told, Dominion ponied up about 47.9% of the PAC’s total take for the campaign season.

When Dominion executives were informed of the shell-nature of the PAC designed to depress turnout in rural parts of the state, the company claimed they had been duped and they “will not be giving to organizations of this nature in the future.”

Yancey cites the Federal Election Commission (FEC) that lists 13 non-Dominion donors who donated the other 52.1% of the PAC’s war chest. Notably, only one of those 13 lives in Virginia. The rest are mostly involved in venture capital and are based in Boston, New York, Chicago, or San Francisco. With only a few exceptions, most refused to respond to Yancey’s requests for information or statements about their involvement. Likewise, they made no comments as to why as out-of-staters they were so involved in rural Virginia matters and actions that could be seen as voter suppression.

When asked for a statement, Dominion Energy Spokesman Rayhan Daudani emailed this: “My colleague, Ken, shared your request with me regarding the Dominion Energy donations to the Accountability Virginia PAC. As we stated in October, our PAC and the employees who made individual contributions to Accountability Virginia were not aware of its activities, denounced those activities when we learned about them and have implemented policy changes to prevent contributions to organizations of this nature going forward.”

Ironically, the Dominion homepage has a prominent article, “Outsmart Utility Scammers This Holiday Season.”  It seems Dominion Corporation and four of its executives were scammed by a bogus PAC that in turn sought to scam pro-2A voters across the Commonwealth. This attempted hoax was aimed to influence the outcome of the statewide elections. Some may choose the term “attempted rigging of an election.” This story draws attention to crucial issues such as election integrity, the role of social media and Big Tech, the power of money in politics, and the continuing need for an independent press.

At the end of the day, it seems the ruse was a colossal failure. The GOP ticket of Youngkin, Sears and Miyares proved victorious on election night, helped in large part by running up historically large margins in many of the rural areas targeted by the fake ads. Specifically, voter turnout in Russell County, deep in coal country, spiked the highest in the state: from 37% in 2017 to 52% this time. Roanoke County, though largely suburban, has large rural swaths and 2A support is widespread. Election night returns showed Youngkin trounced McAuliffe in that locality by about a 2 to 1 margin.

The current General Assembly now in session is considering some bills to make it illegal for state-sponsored monopolies like Dominion Energy to make political contributions in the future. Dominion Energy has no connection to the Dominion voting machines that were involved in the contentious 2020 elections.