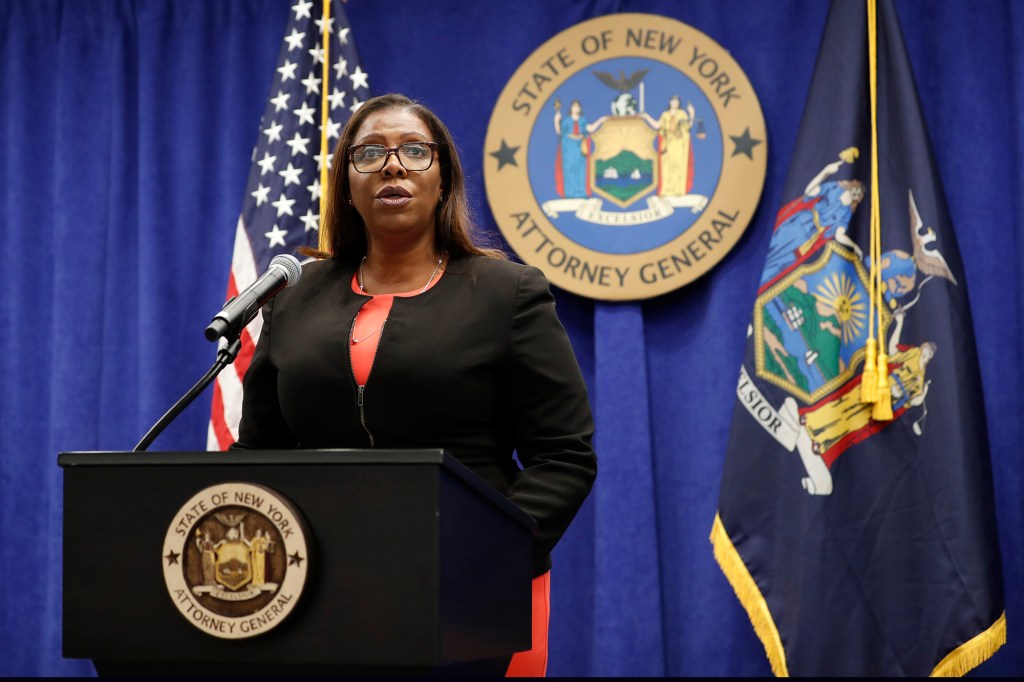 A Manhattan judge indicated Friday that he doesn’t believe New York’s attorney general has been illegally gunning for the National Rifle Association.

AG Letitia James filed suit against the gun rights group in 2020, claiming its top executives flouted nonprofit laws by diverting millions of agency dollars to fund their lavish lifestyles replete with trips to the Bahamas, safaris in Africa and jaunts on yachts.

The NRA filed counterclaims alleging that even while James was on the campaign trail, she made comments about going after the group, showing that she had “predetermined” to sue it simply because she disagreed with its political stances.

During a video hearing Friday, Manhattan Supreme Court Justice Joel Cohen said, “The attorney general’s job is to decide what cases to bring and try to persuade a jury or a court.”

He added to the NRA’s lawyers, “The claims you’re bringing here really do ask me to cross over and meddle with and look into the mind of law enforcement.”

The judge said he can’t “undo [James’] prosecutorial decisions” and noted that it’s normal for those in public office to lay out their agendas when they run.

Earlier in the hearing, NRA lawyer Svetlana Eisenberg had argued, “If [James] went after the NRA because she disagrees with its political speech and that was a substantial motivator for what she did — that is a First Amendment violation.”

But Monica Connell, a lawyer with the AG’s office, argued that the attorney general has immunity from these claims as a prosecutor.

Cohen said he would rule on the issue at a later date.