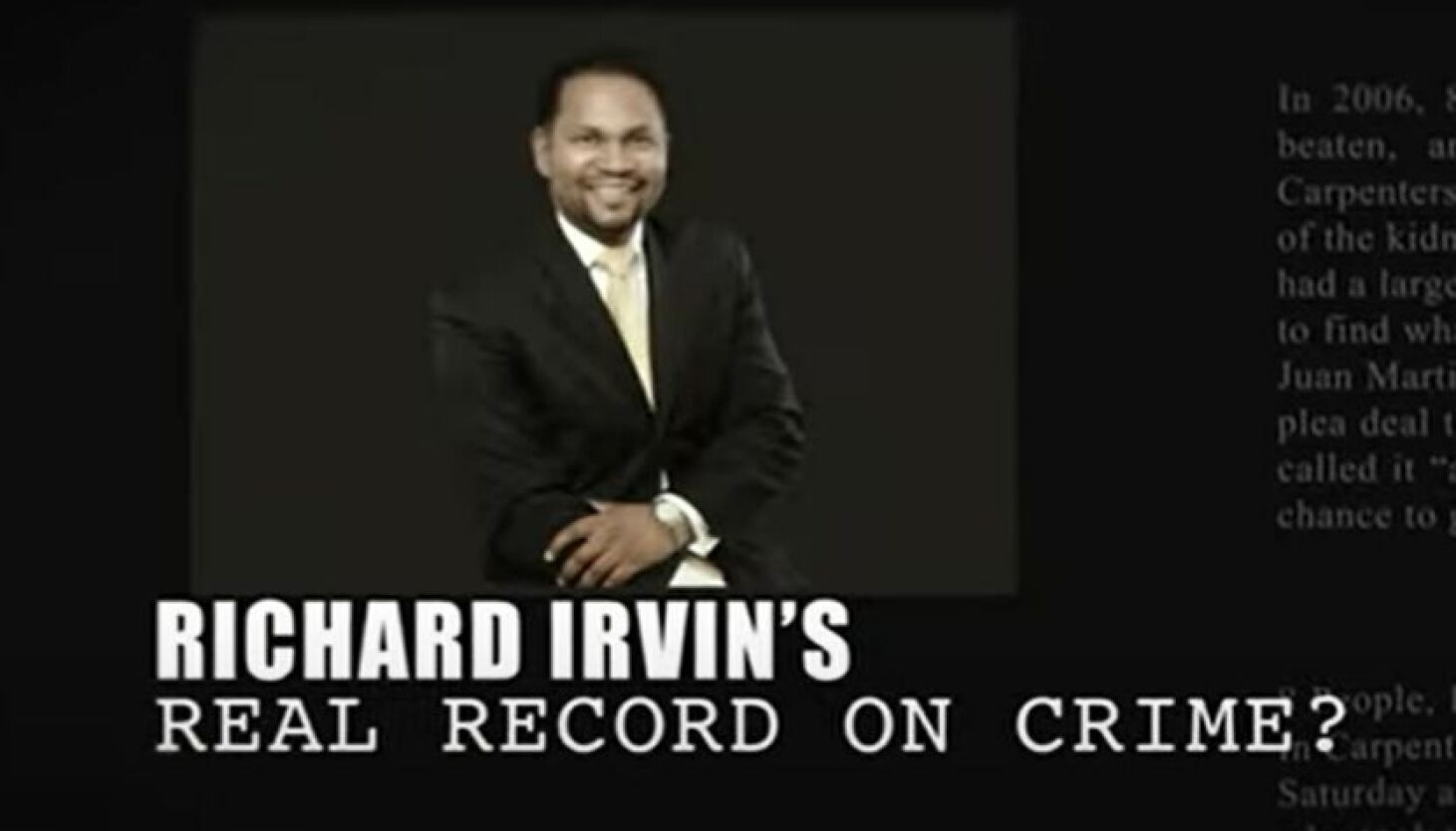 As you probably already know, the Democratic Governors Association recently launched a TV ad blasting Republican gubernatorial candidate Richard Irvin for claiming to be a crime-fighter while having defended dangerous criminals as a defense attorney.

“Richard Irvin’s real record on crime?” the DGA ad begins. “For 15 years, Irvin has been a defense lawyer, profiting by defending some of the most violent and heinous criminals. Domestic abusers and sexual assaults. Kidnapper who molested a child. Reckless homicide. Even accused child pornographers. Irvin has been getting rich by putting violent criminals back on our streets. Tell Richard Irvin to stop pretending to be tough on crime and start supporting policies to keep people safe.”

Irvin, in response, said, “For months, I’ve told voters that [Gov. J.B.] Pritzker was desperate and would do anything to win. Now, Pritzker is trying to hijack the Republican primary because he can’t run from the facts: Crime is out of control, tax hikes continue, and corruption lives on in state government under Pritzker’s reign.”

Irvin released a TV ad with much the same message the following day.

Irvin has hyped the crime problem during his campaign, blaming the governor for the deteriorating situation. Crime is being used by the GOP throughout the country as a cudgel against Democrats, and the issue is no doubt helping Irvin’s poll numbers as his funding from the state’s wealthiest resident, Ken Griffin, has paid for endless TV and online ads, as well as direct mail. So, the idea of the DGA ad is to undermine Irvin’s credibility with Republican voters and prevent him from winning the primary.

The Republicans pointed out a few ironies, or hypocrisies, in the ad. For instance, DGA Chair Roy Cooper was himself a criminal defense attorney. Pritzker, a lawyer, donated $100 million to Northwestern University’s law school in 2015. And Lt. Gov. Juliana Stratton attended Judge Ketanji Brown Jackson’s first confirmation hearing for the U.S. Supreme Court. Jackson is a former criminal defense attorney.

Unlike Irvin, however, none of these Democrats have positioned themselves as crime-fighting super heroes.

This is all happening as the spring legislative session winds down, and one item at the top of the majority Democratic Party’s agenda is public safety. The party is dealing with sharp internal divisions over how to deal with the topic. This ad campaign, paid for with Democratic money, will only reinforce the GOP’s “get tough on crime” message. Not great timing.

If past is prologue, the next TV ad from the DGA will come close to a statement released last week by Pritzker’s campaign after far-right Republican gubernatorial candidate Sen. Darren Bailey publicized a gun raffle fundraiser.

“This is just another example of how out of touch and extreme Darren Bailey’s conservative views are,” the Pritzker campaign claimed.

Now, roll back the clock to the 2018 Republican primary. The DGA weighed in with two TV ads, one attacking Republican Gov. Bruce Rauner and another claiming Rauner’s GOP primary opponent Jeanne Ives was “too conservative for Illinois.” The Ives-related ad went on to point out she wanted to ban abortion, had an “A” rating from the NRA and that she marched in “lockstep with President Trump, trying to eliminate protections for undocumented immigrants.”

Pritzker preferred to run against the more beatable Ives, so the DGA helped boost her bonafides. The same will likely happen this year for Bailey.

The big difference between now and then is the DGA didn’t start running its TV ads until five days before the 2018 primary. We’re now almost three full months before our June 28 primary. That suggests a far more aggressive, expensive and lengthy campaign against Irvin and, likely, for Bailey (and any other avenues the DGA wants to pursue) than we saw four years ago.

If Irvin makes it out of this primary, he will have the best chance of anyone at giving Pritzker a real run for his money. Irvin can tap limitless funds from billionaire Griffin, he’ll have history on his side as potentially the state’s first Black governor, and he has a very strong and experienced team.

Bailey so far hasn’t raised the money or demonstrated he’s put together the infrastructure necessary to take on the spectacularly well-funded and staffed-up Irvin. I don’t like this meddling stuff, either, but if the Democrats leave Bailey to his own devices while Irvin dumps millions into advertising and opposition research and state party leaders continue to climb on board his bandwagon, Bailey probably won’t make it.