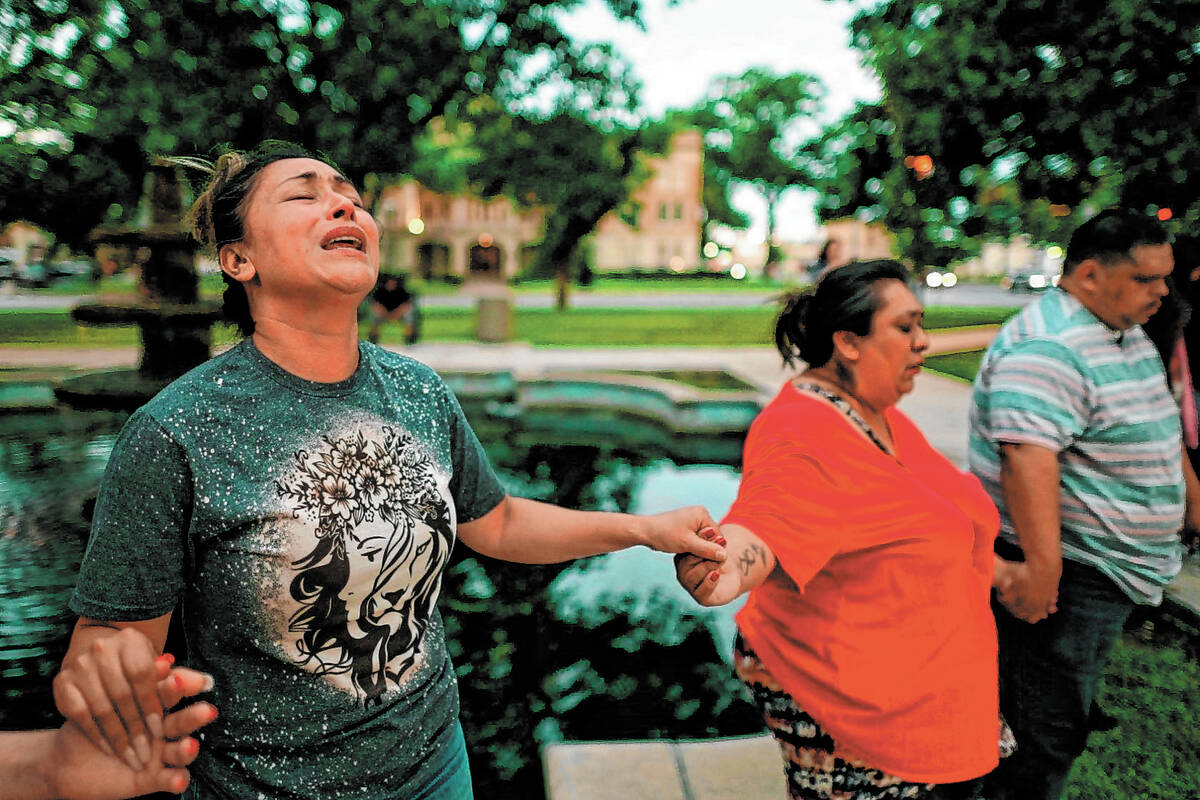 For more than 30 years, I’ve covered politicians in both parties and at every level of government. And given all the manure that I’ve seen shoveled, it’s a wonder I still vote.

As the saying goes: When you spend all your time in sewers, pretty soon everything begins to look like a rat.

Yet, often in politics, what looks like a rat really is one.

For instance, I think that politicians in both parties want voters to be long on loyalty but short on memory. They don’t want you quoting their words back to them, or forcing them to keep their promises, or reminding them of what they supposedly stand for. They prefer that you forget.

Look at what has happened to pro-gun conservatives after the school massacre in Uvalde, Texas.

They’re tangled up in contradictions over what they supposedly believe — both now and before the shooting started.

First, conservatives were shocked that the left would stoop so low as to “exploit” tragedy and human suffering for the sake of earning a few political points. Yet, I seem to recall that many of those on the right rarely miss the chance to do that very same thing whenever an undocumented immigrant allegedly commits a crime, especially when the immigrant stands accused of doing something heinous such as killing a police officer.

Next, conservatives scoff when gun reform activists call upon the United States to follow the lead of foreign countries that have placed more restrictions on guns. These can’t be the same folks on the right who — in their quixotic crusade to rewrite the 14th Amendment and eliminate birthright citizenship for the U.S.-born children of the undocumented — eagerly point to more restrictive citizenship policies in other countries.

Also, when those on the right put forth what they believe are their best common sense arguments for opposing the legalization of drugs and other controlled substances, they insist — quite convincingly, I might add — that having more of any commodity floating around society increases the chances it will be misused. But somehow when the commodity becomes guns, that same logic goes out the window.

Of course, conservatives like to complain about the corrosive influence of money in politics when Democrats take in mountains of cash from trial lawyers who oppose tort reform or teachers’ unions that wish to derail education reform. Yet, oddly enough, those concerns about how political contributions can shape a party’s policy agenda dissipate when those on the right take money from the National Rifle Association.

Finally, in the days since the Uvalde massacre, conservatives — as part of their constant campaign to please the gun lobby — have insisted over and over again that new gun laws won’t stop future mass killings.

Maybe not. But since when have those in the GOP let a little thing like futility stop them? They’ve led the fight in the so-called War on Drugs since the 1970s, even though scores of drug policy experts have told them it was a lost cause. They faithfully support building what former Republican Donald Trump described as a “big beautiful wall” on the U.S.-Mexico border to keep out illegal drugs and undocumented immigrants, even as smugglers build underground tunnels to continue to export both to the United States.

After all, we have to do something conservatives insist — anything, even if it doesn’t work. Because, they say, if we do nothing, it would be like we’re surrendering. And that would only encourage more bad behavior.

That’s not a bad line. Liberals should borrow it for the gun debate.

Of course, those on the left aren’t exactly a model of consistency when it comes to guns. For instance, Democrats talk a good game about protecting personal freedoms and individual liberties until we’re talking about the right to bear arms as guaranteed in the Second Amendment.

And as we explore factors that might contribute to mass shootings, where’s the discussion about violent movies and video games — including a game such as ”Call of Duty,” which reportedly features the infamous AR-15, the weapon of choice for mass murderers?

Democrats will never go after Hollywood. And so, are we just supposed to ignore the fact that the entertainment business is run by liberals, that it is based in the dark-blue state of California and that industry executives contribute generously to Democratic candidates?

It’s another reason why people don’t like politics. The politicians who practice the dark art spend so much time making sure they’re getting their message out and being heard. But do they even listen to themselves?

Ruben Navarrette’s email address is crimscribe@icloud.com. His podcast, “Ruben in the Center,” is available through every podcast app.