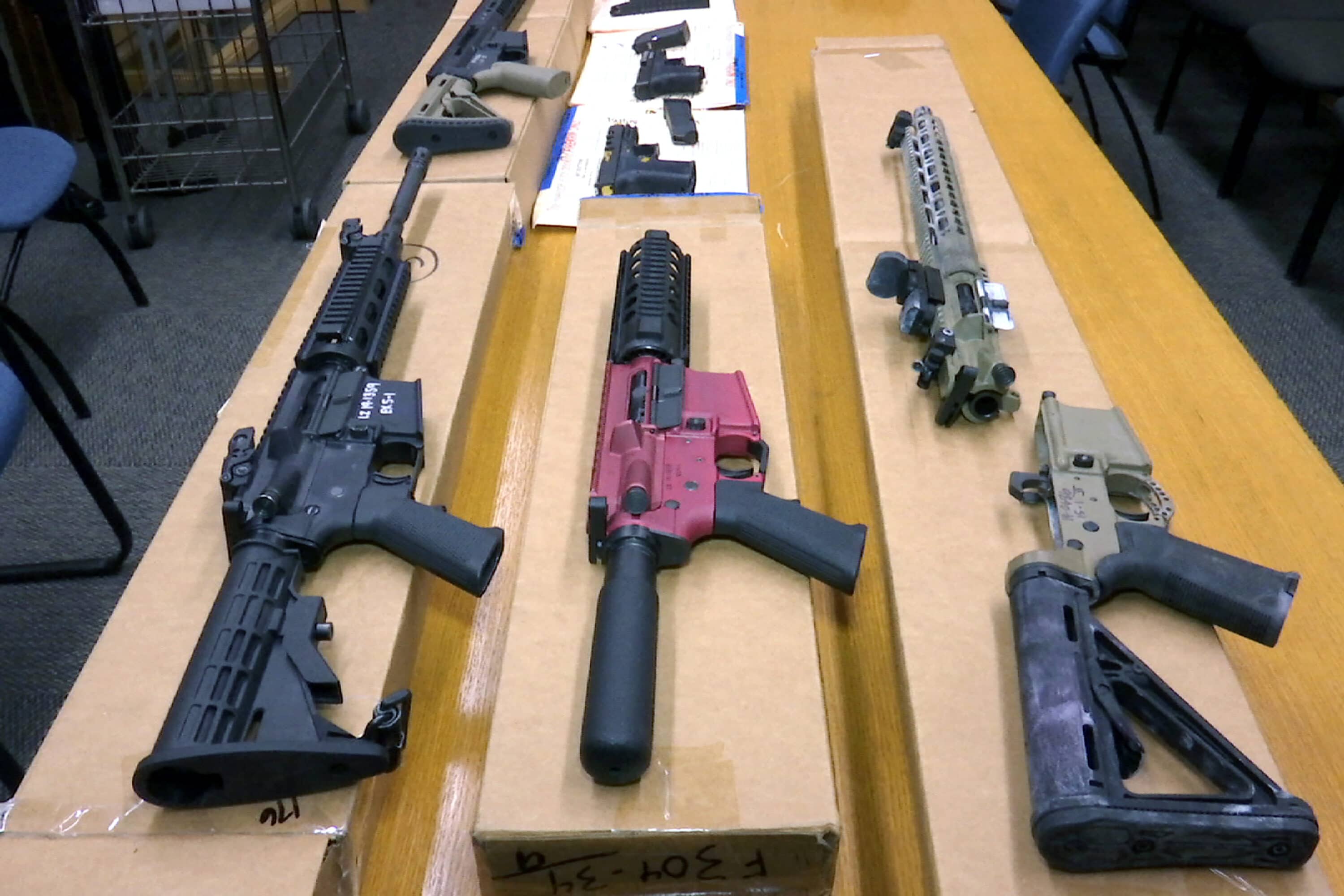 SACRAMENTO, Calif. (CN) — Two pieces of legislation allowing private rights of action against gun manufacturers and dealers in California — modeled on a Texas law that allows lawsuits against aiders and abettors of abortion — have been been signed into law. And some legal experts think they could survive inevitable legal challenges brought in federal courts by gun rights groups.

Senate Bill 1327 by state Senators Robert Hertzberg, a Democrat from Ventura, and Anthony Portintino, a Democrat from San Fernando — and Assembly Bill 1594 by Democratic Assemblymembers Phil Ting of San Francisco, Mike Gipson of Gardena and Chris Ward of San Diego — passed the California Legislature along party lines. Both pieces of legislation were introduced as part of a larger package of gun control legislation that California Governor Gavin Newsom advocated for after a number of mass shootings across the United States.

SB 1327 is modeled after Texas Senate Bill 8 and will allow people to sue gun dealers and manufacturers in state court when an illegal gun was used in a crime. The Texas bill allows citizens to file $10,000 lawsuits against anyone who helps a woman get an abortion.

AB 1594, meanwhile, allows private rights of actions against gun dealers and manufacturers for marketing their products to people at risk of harming themselves or others.

Law professors believe the California laws have been tailored to survive legal challenges since they don’t directly threaten a protected constitutional right.

Leslie Jacobs, a professor of law at McGeorge School of Law, said SB 1327 is different enough from the Texas legislation that it could survive a challenge to the U.S. Supreme Court.

“The legislation is not outlawing or challenging a constitutionally protected right like the Texas law did,” said Jacobs. “California has the right to create a law like this.”

She said the Texas law was designed to challenge what at that time was a constitutionally protected right under Roe v Wade. The Texas law allowed private individuals to be able to sue abortion clinics, doctors and even taxi or Uber drivers who brought women to abortion appointments.

“As it is written, SB 1327 does not prohibit something that is not unconstitutional. All it is doing is moving the enforcement of the laws from the government to the citizen,” said Jacobs. “The law is clearly aimed at gun dealers and manufacturers in California who sell or make guns already illegal under California law. SB 1327 does not allow people to sue gun manufacturers or dealers in other states.”

She said because the focus of the law is within California, it could survive legal challenges. However, Jacobs said the law could be challenged as vague on what type of guns are banned under state law.

Gregory Keating, a professor of law and philosophy at University of Southern California Gould School of Law, said the private rights of action are similar to wrongful death suits. Instead of suing an individual, AB 1594 allows people to also sue the gun dealer and manufacturer.

“At issue was the lawsuit the families of the Sandy Hook massacre filed against Remington,” said Keating. “A district court ruled in favor of the plaintiffs’ and so did the Connecticut Supreme Court, that the families of Sandy Hook and the issue of preemption for lawsuits by individuals against manufacturers and dealers was not heard by the Supreme Court.”

For Keating, the issue may involve the Protection of Lawful Commerce in Arms Act passed by Congress in 2005. The law protects firearms manufacturers and dealers from being held liable when their products have been used to commit a crime. He said the legislation passed by California lawmakers allows people to sue dealers and manufacturers over issues that are not related to defects.

Keating said the California legislation is a bit broad, but narrow enough by focusing on marketing of weapons to young people, so it may stand up to a constitutional challenge by gun rights groups.

“AB 1594 just broadens the rights of individuals to go after manufacturers and dealers who sell and distribute guns that are illegal under California law,” said Keating. “It does not take away the right for people to own guns.”

Keating noted it’s difficult to know how the current Supreme Court would rule if it heard this case, given its recent rulings and how partisan it’s become.

This movement of enforcement actions against gun dealers and manufacturers from the sphere of the government to the individual has also raised concerns with civil liberty groups including the ACLU of Northern California, opposed SB 1327.

In a letter to the Legislature, the ACLU of Northern California said SB 1327 would undermine due process and eliminate the checks by the judiciary against the political branches. The organization warned allowing private rights of action would lead to a bounty-hunter system of lawsuits that could drown the judiciary.

But Keating does not think the legislation will lead to a large number of lawsuits since it is expensive for individuals to sue even if they win.

Gun rights activists have also been vocal about their opposition to California’s efforts at effective gun control.

The Firearm Policy Coalition and the National Rifle Association both said in committee hearings on the legislation that the bills violate the Second Amendment rights of Californians and are unconstitutional.

In a statement, the Firearm Policy Coalition called the bills an assault on both First and Second Amendment rights of Californians. The National Rifle Association did not respond for comments on the legislation.

Sign up for the Top 8, a roundup of the day’s top stories delivered directly to your inbox Monday through Friday.