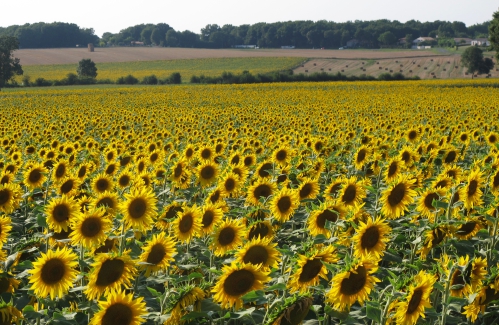 It’s said that some songs are timeless. Let’s consider Bob Dylan’s “Blowin’ in the Wind.”

“How many roads must a man walk down, before you call him a man?”

Shortcut: Buy an assault rifle and be issued a “man card” (gun ad).

“How many seas must a white dove sail, before she sleeps in the sand?”

After 400 years of oppression, when are people of color going to know peace and equality in the U.S.?

“Yes, and how many times must the cannonballs fly, before they’re forever banned?”

“Yes, and how many years must a mountain exist, before it is washed to the sea?”

Republicans and oligarchs continue to undermine democratic norms and institutions, eroding the longest-lasting democracy in history.

“And how many years can some people exist, before they’re allowed to be free?”

“Yes, and how many deaths will it take ‘til he knows, that too many people have died?”

“Yes, and how many times must a man look up, before he can see the sky?”

The science and daily evidence of climate change is there for us to see, but decades of deny-and-delay strategies by the fossil fuel industry and Republicans have distracted us from this existential threat.

“And how many ears must one man have, before he can hear people cry?”

Dylan’s song calls out human indifference and lack of active compassion for the injustices and suffering of this world. He was one of the prophetic songwriters of the sixties, who inspired a generation to activism.

“Human progress is neither automatic nor inevitable. Every step toward the goal of justice requires sacrifice, suffering, and struggle.” – Martin Luther King, Jr.

The generation referred to above is of retirement age and seemingly with the flexibility to make a difference again. And why are conservative Christians engaging in culture wars, when as Robert Azzi recently wrote, “There is work to be done.”

Yes, “Blowin’ in the Wind” is timeless.