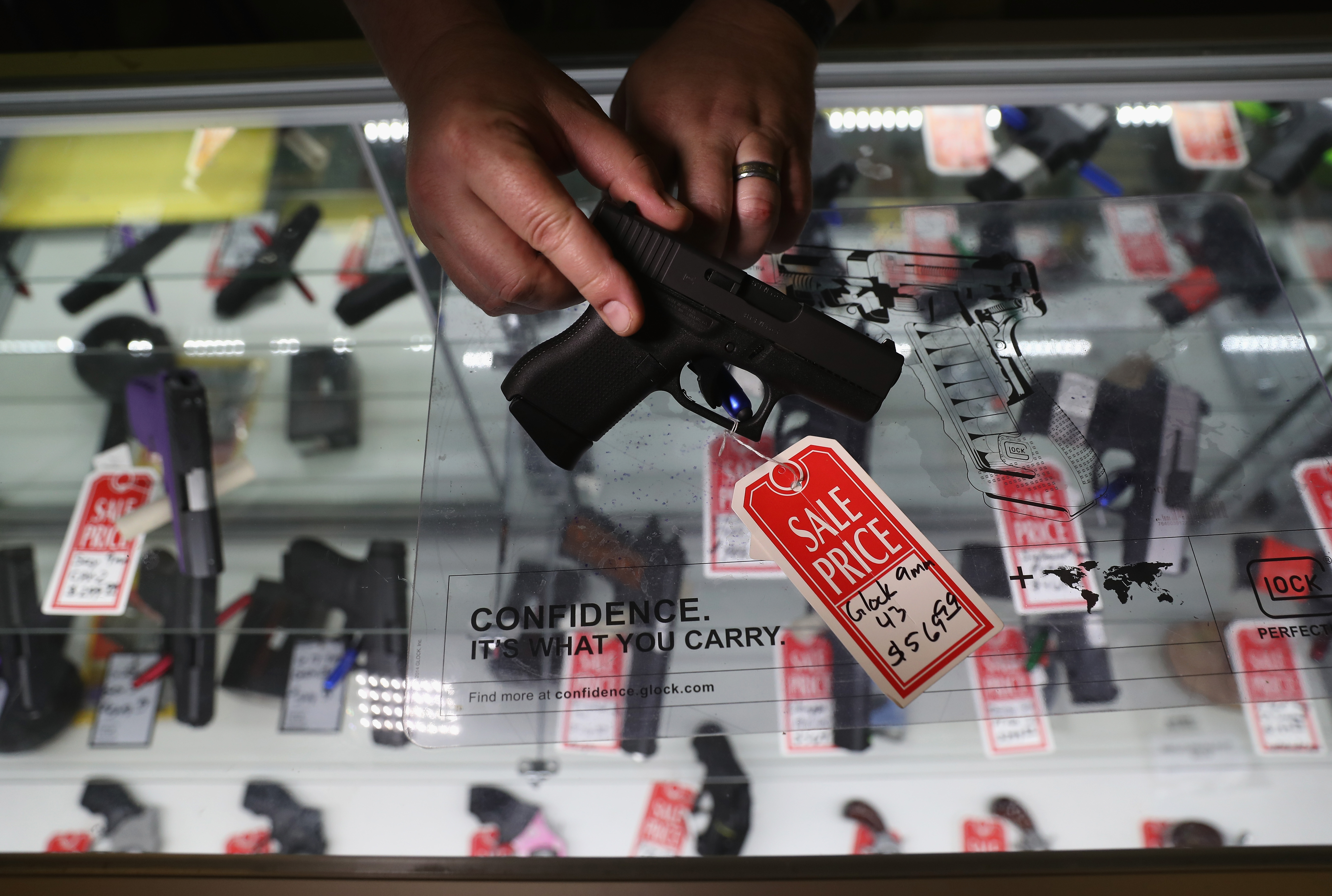 “This is not as partisan an issue as it’s perceived, and this is not as controversial an issue as it is perceived,” said Michael Siegel, a professor at the Tufts University School of Medicine who led the research. “The most important finding was that there is a wide enough area of common ground between gun owners and non-gun owners that we believe that is sufficient in order to carve out policies that would be extremely effective.”

Red flag laws, universal background checks, required permits for the purchase or possession of a gun and violent misdemeanor laws are among those that win support from gun owners, according to the polling. Altogether, those policies have the potential to reduce firearm homicide rates by as much as 28 percent, the study says. Additionally, when specific provisions are included in gun laws, support from gun owners increases. Respondents also said they don’t believe there’s an “inherent conflict between the constitutional protection of gun rights and new laws designed to keep guns out of the hands of people who are at high risk for violence.”

Siegel said this research should signal to lawmakers that “you don’t have to go back to your state and pass 20 different laws and try to regulate every single aspect of firearms, you just have to go back and pass a few laws that fulfill the principles that both gun owners and non-gun owners have.”

“The reality is, a lot of the legislators who are opposing these laws, the reason they’re opposing it is not that they’re ideologically opposed to the idea of keeping guns out of the hands of people who are at risk, but that they’re concerned about some of the due process and the fairness aspect of this,” Siegel said. “I don’t think policymakers can fall back anymore on the argument that they’re voting against these measures because they’re trying to be responsive to the opinions of their constituents.”

“It doesn’t matter whether they’re in red states, blue states, purple states,” he continued. “We show that the majority of their constituents support, by a large majority, these small set of policies.”

A POLITICO/Morning Consult poll released Wednesday found that 57 percent of respondents said that gun policy would play a major role in their vote. Forty-five percent say that they trust Democrats in Congress to handle gun policy, compared to 40 percent who trust Republicans more. Passing legislation on gun control reform is a top priority for 41 percent of respondents.

With less than a month to go until Election Day, candidates on both sides have been leaning into messaging about gun violence. Senate Majority Leader Chuck Schumer released an ad earlier this week featuring the mother whose son was shot earlier this year in Buffalo, N.Y., during the Tops supermarket shooting. “As we were healing, Chuck Schumer acted,” she says. “He passed the most powerful gun safety law in 30 years. It’ll keep guns away from dangerous people and it will save lives.”

In a Tuesday spot, Republican Texas Gov. Greg Abbott took to the issue through a soft-on-crime framing against Democratic challenger Beto O’Rourke. “My son Diego was murdered,” a woman in the ad says. “The county released the gunman on bond. He violated it 37 times, then shot another person. Why did the county even let my son’s murderer out of jail? Beto O’Rourke favors easy bail.” The ad comes amid an influx of messaging about the Uvalde school shooting from O’Rourke and outside groups.

Outside groups have also been targeting Republican candidates for their stances on gun policy. “[Republican candidate for Pennsylvania governor Doug] Mastriano is a far right conspiracy theorist who compared gun safety measures to Nazi Germany,” a spot from Everytown for Gun Safety says in an ad about the 2018 Tree of Life Synagogue shooting in Pittsburgh. An ad from Giffords PAC targets Republican Colorado Senate hopeful Joe O’Dea for not supporting “basic common sense gun laws.”

The study found that less than half of gun owners surveyed support the NRA, and fewer than 10 percent are members of the organization.

“We’re never going to be able to get anything done with very opposite-side, extremist arguing, which I know helps for television purposes, but does not help for legislative purposes,” said Matt Littman, executive director of 97Percent. “This is where people stand, and then it’s up to the legislators if they want to understand where people are and to go out and speak to that, knowing that they have the wind at their back.”