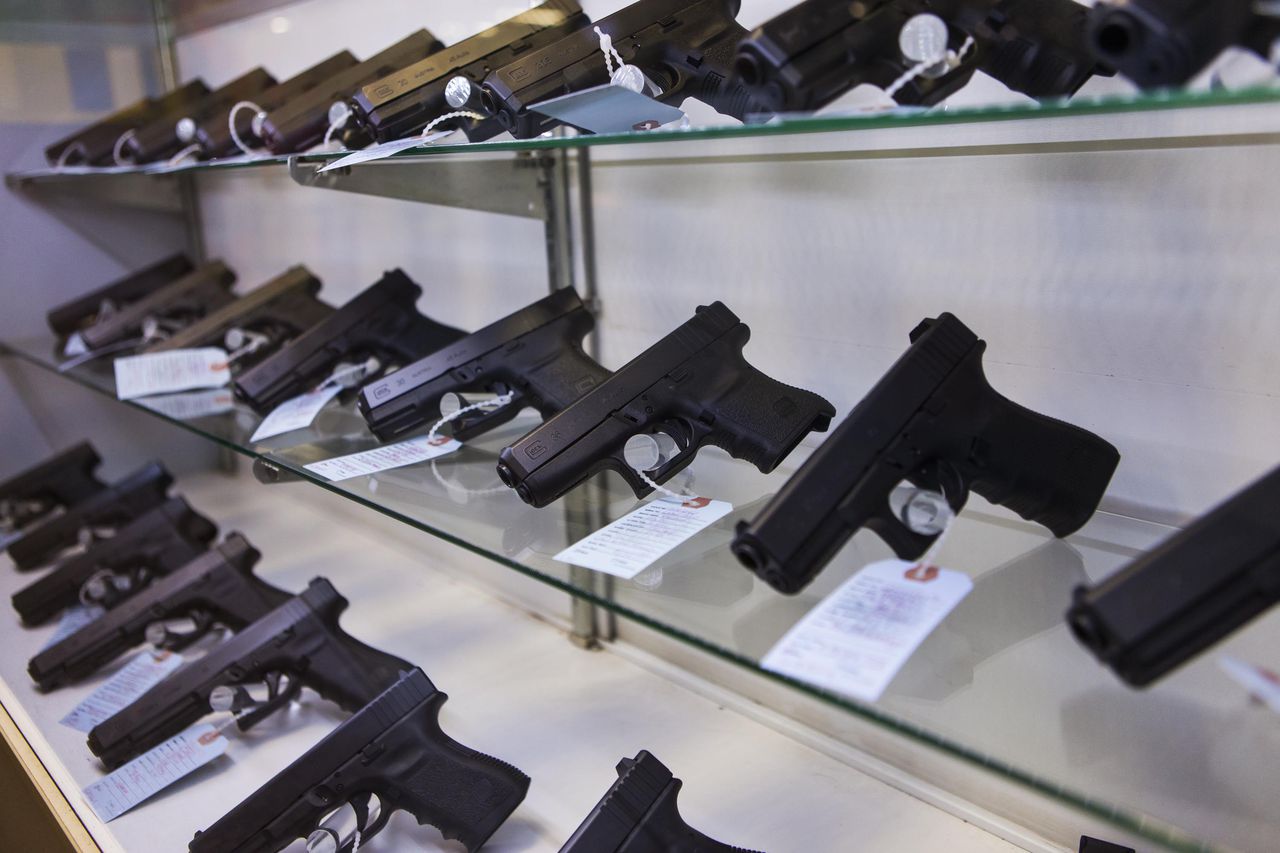 A federal judge Friday heard sharply contrasting arguments about whether gun control Measure 114′s regulations are constitutional in what she described as a very complicated case amid a new legal landscape.

After a two-hour hearing, U.S. District Judge Karin J. Immergut said she’ll issue a written ruling early next week on whether to grant a temporary restraining order or allow the measure to take effect as scheduled next Thursday.

If the measure is allowed to become state law, Oregon Senior Assistant Attorney General Brian Simmonds Marshall told the judge that Oregonians will be able to apply for a permit to purchase a gun on Dec. 8.

The courtroom’s public gallery immediately erupted with laughter at Marshall’s pledge, as many gun rights advocates have been skeptical that the state police or local sheriffs can have a functioning system in place in such a short period of time.

“We will become the 13th. I don’t think there’s a really good reason we should be the only ones to be enjoined,” he said, in response to the critics call for a temporary restraining order to be followed by a preliminary injunction.

The proponents of the measure, a grassroots interfaith group Lift Every Voice Oregon, drafted it to reduce mass shootings, homicides and suicides. Blocking the ban on large-capacity magazines would create a significant risk of a “single individual killing large numbers of people,” Marshall said.

“These are not useful for self-defense. They’re extremely dangerous,” he said.

The Oregon Firearms Federation, three county sheriffs and two gun store owners from Keizer and Pendleton filed the first challenge to the broad measure last week. Two other suits followed soon after, one from the Bellevue, Wash.-based Second Amendment Foundation and another by the Oregon State Shooting Association, the state’s affiliate of the National Rifle Association. A fourth suit was expected by the end of Friday.

Most of Friday’s legal arguments centered on the ban on magazine capacity.

Immergut asked lawyers who have sued the state to explain what evidence backed up their argument that magazines with more than 10 rounds are commonly used in self-defense.

She also sought to find out whether they believe the court has any authority to regulate any gun or any type of ammunition, including body armor-piercing bullets or machine guns.

The judge further pressed to understand whether she can factor current usage of large-capacity magazines in her decision.

If a magazine with a certain number of rounds that seems innocuous but has been used “in a way that perhaps wasn’t contemplated,” such as in mass shootings, can the magazine then be considered dangerous and unusual, she asked.

Attorney John Kaempf, on behalf of the firearms federation, three sheriffs and two gun store owners, and Attorney WIlliam Bergstrom, representing the Second Amendment Federation, argued that magazines that hold more than 10 rounds are prolific nationwide and have been commonly used for self defense by law-abiding citizens since the 18th century.

“Under Bruen, it’s a new day,” Kaempf argued, referring to the landmark ruling by the U.S. Supreme Court in June, which struck down a New York law that placed strict limits on carrying guns outside the home.

In the high court’s ruling in New York State Rifle & Pistol Association, Inc. v. Bruen, the 6-3 majority directed lower courts to use a new “text-and-history” standard when evaluating challenges to firearms regulations. Courts must determine whether “the Second Amendment’s plain text” protects the conduct in which the plaintiff wishes to engage, and if it does, then decide if the regulation “is consistent with this Nation’s historical tradition of firearm regulation.”

Kaempf argued that there’s a presumptive right to bear arms and that the Supreme Court ruling this summer made it clear that government can’t restrict the use of weapons that are in common use. If magazines that hold more than 10 rounds are barred, it “would make Oregonians less safe,” he said, adding that law-abiding people would be hamstrung “when ambushed in the dark.”

“We just want you to preserve the status quo – the way it’s been for decades,” he said.

He told the judge it’s not up to her to weigh or balance current societal concerns.

“I have great respect for your honor. And what Bruen is telling you is it’s not up to you,” he said, pointing at the judge. “We already had balancing. It happened in 1791 when we passed the Second Amendment. The balancing (test) is over.”

Immergut noted that the Supreme Court ruling, though, made it clear that its decision is not a “regulatory straight jacket” and allows a variety of gun regulations.

Marshall, of the attorney general’s office, argued that large-capacity magazines have only entered U.S. commerce in recent years, citing statistics that they’ve made up 1% of firearm use in 1955, and by 1995, 7% of use.

He also urged the court to consider an analysis done by Lucy P. Allen , an economic consultant who studied the NRA’s Armed Citizen database of shootings from January 2011 through May 2017. Allen found that it’s extraordinarily rare for a person, when using guns in self-defense, to fire more than 10 rounds. Allen found that armed defenders fired 2.2 rounds on average.

Bergstrom, representing the Second Amendment Foundation, argued that the Supreme Court’s guidance in the New York case restricts regulations of anything but “dangerous and unusual arms.” He said magazines of more than 10 rounds have not proven to be unusual or dangerous.

In fact, he said, Americans have owned as many as half a billion of these magazines.

Even if the magazines are common now, the judge asked, what’s the evidence these larger-capacity magazines are commonly used for self defense. She further questioned if there’s a point where a certain number of rounds in a magazine would make it dangerous.

“There may well be….It’s well above 10,” Bergstrom responded. He pointed to a 2021 National Firearms Survey that found guns with magazines that carry more than 10 rounds are most commonly used for recreational target shooting, home defense, hunting and defense outside the home.

The judge confirmed that Measure 114 doesn’t restrict anyone from having multiple magazines that hold up to 10 rounds, and that larger-capacity magazines can still be used on the shooting range, in shooting competitions on private property or for recreational purposes, such as hunting.

“I’m frustrated we’re here to begin with,” Bowen said afterwards, adding that he thinks the focus shouldn’t be on guns but on increasing Oregon’s mental health and addiction services. He said he still doubts the state will be ready to put the measure into effect, contending the state police computer systems aren’t even compatible with some local sheriff and police systems.

Kaber said he came to support his colleagues. Whichever way the judge rules, he said he’ll do everything he can to make sure “law-abiding people” in his county can obtain guns through the permit system, if necessary, though he doesn’t support it.