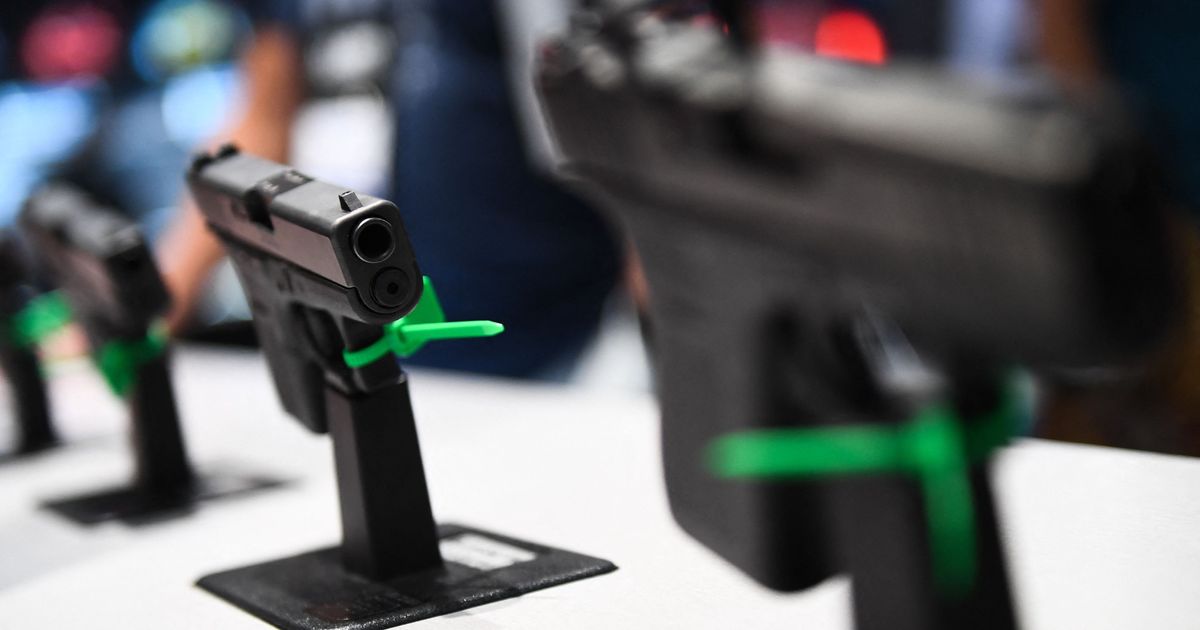 He’s also enthusiastic about handgun education. Even after the Republican-dominated state legislature passed a “constitutional carry” law, which allows Texans to carry handguns both openly and concealed without getting a license, Cargill kept teaching classes and range qualifications for the now-optional License to Carry Program (LTC). Cargill says a license offers a lot of benefits, not least of which is helping people navigate the state’s complicated gun laws.

And since Texas became one of about half of the states in the country that view carrying a gun as a constitutional right, it looks like people are getting confused by those complicated laws. Several of Cargill’s students over the last year and a half signed up for an LTC class hoping to avoid conviction for unlawfully carrying a weapon ― usually after taking a gun somewhere they shouldn’t have.

When Cargill checked the Texas Department of Public Safety’s website, he found that his experience wasn’t an anomaly. Convictions for unlawfully carrying weapons skyrocketed in the state, from 1,049 in 2020 to nearly 7,000 last year — a spike of 550% and the highest number by far since 2016, the last year of complete data. The state adopted the constitutional carry law in September 2021.

“Yes, it’s your right to carry a gun,” Cargill said. “But you have to know how to carry that gun. If not, that’s a problem.”

It’s not clear why convictions for unlawfully carrying a weapon have risen so sharply. HuffPost reached out to several local law enforcement agencies asking for an answer. Few responded. Those that did hadn’t noticed the trend, though some agreed with Cargill that confusion might help account for it.

The “apparent rise in unlawful carrying cases across the state is alarming,” Harris County District Attorney Kim Ogg wrote in an email to HuffPost.

“In Harris County, we seem to have filed more than one charge against some suspects which indicates that defendants freed on bond have been charged with the same crime more than once,” Ogg wrote. “Around the rest of the state, they may have the same problem or it could be something else, such as a lack of education about the constitutional carry laws or other laws regarding the possession of firearms.”

Although permitless carry sounds simple, gun laws are complicated. Even under the new law, places like airports, courthouses, hospitals and schools generally don’t allow weapons. Private businesses can also prohibit people from bringing in guns, either by displaying a sign or warning people verbally.

In theory, you can’t bring a gun into a place that earns more than 51% of its revenue from alcohol. But in practice, you can take a gun into a bar if the bar’s liquor license classifies it as a restaurant, which requires checking the Texas Alcohol Beverage Control’s website.

Permitless carry added a new layer of complexity by creating two classes of people allowed to carry handguns ― those with licenses and those relying on the constitution.

The most commonly cited perks of getting a license are that it allows the holder to concealed carry in most other states, and license holders only have to submit federal background checks for application and renewal, instead of every time they buy a gun.

The once-required classes explain all these details. Those carrying a gun because they read a news article saying they can, might not know, for example, unholstering a handgun while inside a car and leaving it in plain view is a crime.

Still, it’s not clear how confusion alone would translate into more gun charges. If someone’s doing a decent job concealing the handgun, they’re not likely to get caught with it.

Instead, many people are charged with unlawfully carrying a weapon only after police arrest them for something else, according to attorney Shane Phelps ― usually drinking and driving, or possession of marijuana.

“That’s kind of a shocking statistic to me ― I don’t have an explanation for it,” Phelps said, referring to the increase in charges. “It’s really hard right now in Texas to get arrested for just carrying a weapon.”

The introduction of permitless carry may not account for the shift, given that it can take several months to cycle defendants from charging to conviction. The data increase could also be due to a historic and sustained spike in gun sales that started during the COVID-19 pandemic.

Harris County, for example, showed a clear rise in unlawfully carrying a weapon dating back to 2019, with the number of people charged more than doubling in two years to 4,454. Incomplete numbers for this year were on track to slightly exceed last year.

The only group of people clearly getting charged more often with unlawfully carrying weapons are those trying to take guns onto planes in their carry-on bags. Gun catches at Texas airports nearly doubled in 2021 compared to the year before, according to data from the Transportation Security Administration.

“Last year, TSA broke a 20-year record ― we found more guns in carry-on baggage than any other year since we’ve existed,” Mancha said, noting that seized guns were usually loaded, often with a round chambered. “If you have your gun, we really want to remind you that you need to pack it in your checked luggage.”

But those cases alone fail to explain the steep rise in Texas unlawful carry convictions. TSA recorded 1,055 firearm catches last year in Texas, compared to 570 the year before. Even if each of those cases resulted in a conviction, they would fall far short of explaining the nearly 6,000-case spike.

The Case Of Guido Herrera

While the trend has largely flown under the radar, one unlawful carry case became national news.

On Feb. 5, a man in a studded leather mask and a Punisher T-shirt entered the Galleria Mall in Houston with a semi-automatic rifle slung over his shoulder and a Bible in his hand. Kendrick Simpo, a cop moonlighting as a security officer, saw that the man was walking toward a children’s dance event and tackled him. When police arrested the man, Guido Herrera, they found 120 rounds of ammunition stuffed in the cargo pockets of his pants, along with a .45-caliber concealed pistol.

Herrera did not face any gun charges that day, as it has long been legal in Texas to openly carry long guns.

Signs at the mall warned people not to bring guns inside, but Herrera’s lawyer, Armen Merjanian, said permitless carry shielded his client because it wasn’t clear whether the restrictions applied to the mall in general or to individual stores.

Herrera did nothing wrong, Merjanian said. He went to the mall to buy a hat. He brought the rifle along because he didn’t want someone to steal it from his car. The leather mask covered his nose and mouth to protect him from COVID. The Punisher’s skull logo pegged Herrera not as a menace, but as a Blue Lives Matter type.

“If you look at the cartoon, [the Punisher] supports law enforcement,” Merjanian said. “Guido had no intent to do any kind of harm.”

Police charged Herrera with misdemeanor disorderly conduct, accusing him of brandishing the rifle to threaten others.

About a month after the Galleria arrest, Herrera went to Houston’s FBI Office and asked to speak with the director. A pistol sat in his lap as he entered the parking lot.

This time, police charged Herrera with unlawfully carrying a weapon for leaving the unholstered gun in plain view.

Herrera pleaded guilty to unlawfully carrying a weapon, then a jury found him guilty of disorderly conduct for the Galleria mall episode.

Those crimes, both misdemeanors, earned him an 18-month prison sentence. Herrera, an Argentine national who has lived in the United States since he was a child, lost his status as a legal permanent resident because of the convictions and now faces the prospect of deportation.

Potential deportation aside, critics viewed Herrera’s sentence as exceptionally light for someone arrested on suspicion of shooting up a children’s dancing event.

And had he taken the time to obtain a License to Carry, Herrera might have understood the state’s gun laws to avoid conviction for unlawfully carrying a weapon.

Cargill, the LTC instructor, suspects this year’s statistics will show that far more people have run afoul of the law while carrying a weapon without a license. Texas Gov. Greg Abbott signed constitutional carry into law in June of last year, and the state didn’t implement it until September, making 2022 the first full year under constitutional carry.

“More people are carrying guns, but they’re not taking classes and knowing what the laws are,” Cargill said. “The data speaks for itself.”