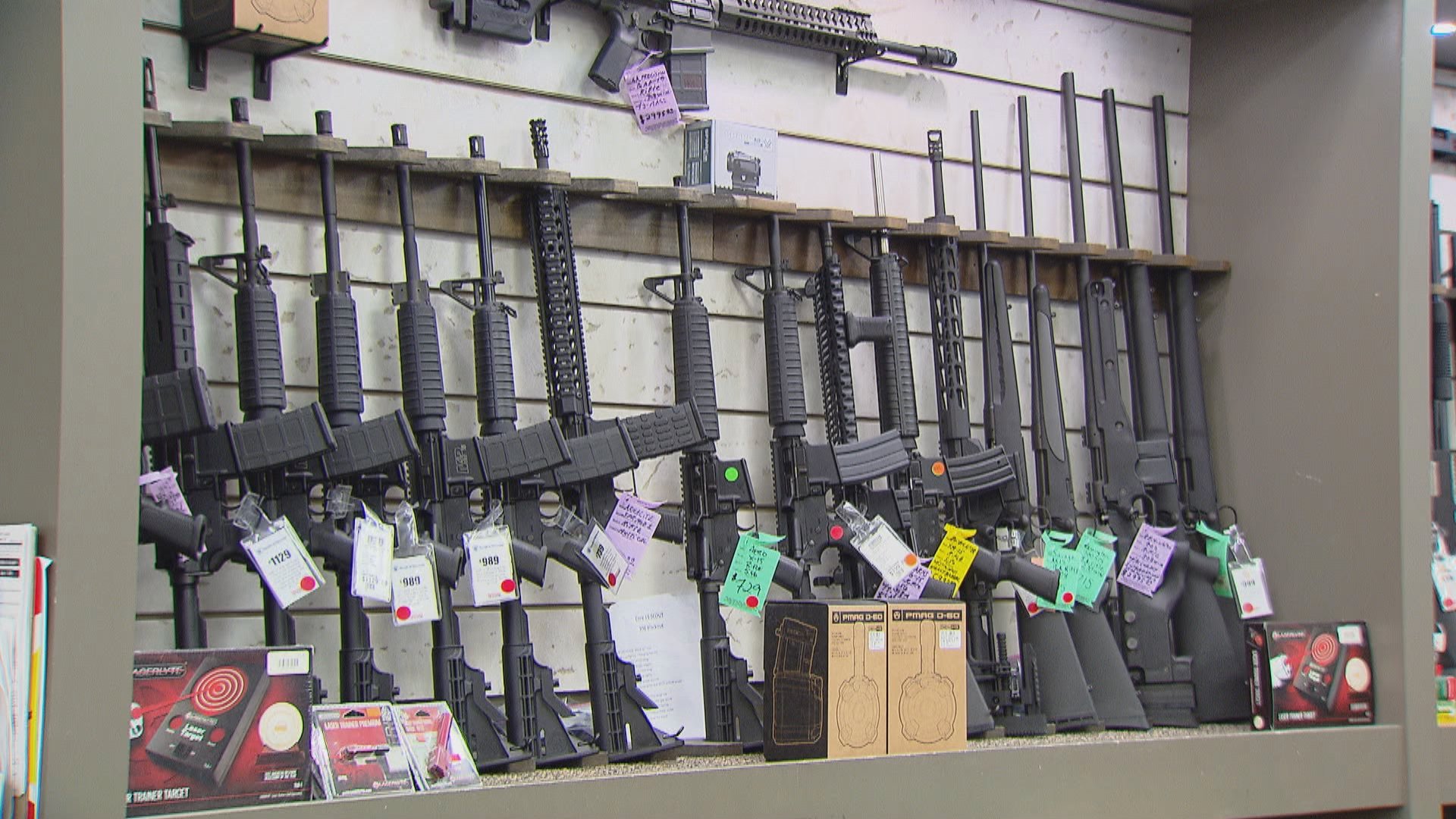 Illinois lawmakers are pressing forward with an attempt to ban certain firearms they describe as assault weapons, but gun rights advocates say it’s a fruitless effort that will be tossed by the courts.

Years of attempts to ban so-called assault weapons in Illinois haven’t gone anywhere. That changed this July when a gunman allegedly used an AR-15 style rifle to indiscriminately shoot up an Independence Day parade in north suburban Highland Park.

Since, the effort to ban such guns has gained momentum.

Legislators are likely to vote next month on a proposal (House Bill 5855) that would ban future sales of a list of guns, as well as what backers describe as high-capacity magazines.

Last week, mass shooting victims shared their stories with a legislative panel, giving their reasons for wanting to rid the streets of these guns

On Tuesday, gun rights advocates got their turn.

Their take was largely that such a ban would be ineffective as well as illegal.

Longtime gun rights advocate Todd Vandermyde said recent court rulings, centered on the U.S. Supreme Court’s Bruin decision, have “reset” the table such that the 2nd Amendment is now a supercharged right rather than an underappreciated one.

“Gun owners are tired of being blamed for every madman, every criminal, and every other depraved act the 2.5 million gun owners didn’t do. We’re not here to negotiate,” Vandermyde said. “I’m here to tell you that if House Bill 5855 or anything remotely like it passes, we will see you in court.”

Gun owners take umbrage even with the term “assault weapon” saying it’s intended by activists on the other side to demonize them.

National Rifle Association lobbyist John Weber said to call the 69 guns named in the bill “battlefield weapons,” as they’re often described by gun control activists, is “hyperbole.” He said many of the listed firearms are common; some 20 million Americans own an AR-15 style gun, which he called “America’s rifle.”

The legislation would also ban magazines that carry more than 10 rounds, an amount Weber said is standard and should not be defined as high-capacity.

“Many commonly-owned handguns, for example, have standard magazines, which would be banned and do not have magazines with a lower capacity, rendering the gun obsolete,” he said. “Ultimately, passing such a law is perilous for law-abiding gun owners. These magazines are widely used by law enforcement for a reason: they’re effective tools for self defense. Banning standard capacity magazines would only serve to allow criminals to have the upper hand against law-abiding citizens in self-defense situations.”

“This violates the Second Amendment rights of those who are legal adults and are deemed old enough to vote, serve on a jury, enter abiding contracts, get married and serve in the military,” Weber said.

At one point, chair of the Judiciary-Criminal Committee, state Rep. Justin Slaughter, D-Chicago, told the gun rights lobbyists he was sick of their unwillingness to work with them, and asked what should then be done in the face of rising violence.

Vandermyde responded with a question of his own, asking how lawmakers will bring jobs back to Chicago’s South and West sides, so someone without a high school diploma can earn a living.

“How do you sit there and bring those jobs back, where the role model in the home is somebody who carries a lunch pail or a briefcase to work 40 to 60 hours a week, and not the guy out on the corner with fancy chains and an Escalade?” Vandermyde said. “How do you fix an educational system that not that long ago had a 50% graduation rate. Solve those problems and you’ll begin to solve the problem of violence you see out on the street.”

But leaders from law enforcement called on the General Assembly to take quick action to ban assault-grade weapons.

Cook County Sheriff Tom Dart said his officers are frequently greeted with assault weapons or with guns outfitted with switches that turn other guns into automatic weapons when they pull over a car, do a home visit of someone on electronic monitoring, and when serving eviction notices.

“The lethality is absolutely amazing,” Dart said, holding up a switch device. “If you ever try to witness shooting with one of these things when they put it on fully automatic, the chances of them actually hitting the person they’re aiming is infinitesimal. That’s not going to happen. What’s going to happen is innocent people all around are going to get slaughtered. That’s what’s going to happen. These things are designed for that. There is no sane person who’s going to sit there and say in our society we should have these.”

Switches are already illegal at the federal level, but Dart said it would be helpful to be able to prosecute their use at the state level because the U.S. Attorney’s office doesn’t frequently focus its attention on singular gun cases.

Head of the Chicago Police Department’s Office of Constitutional Policing and Reform, Angel Novalez, said the CPD is recovering more guns, including assault-grade weapons, every year. He said last year, the CPD “took 1,025 assault-type weapons off the streets; this year so far the department has already recovered 1,156 assault-type weapons.”

He said the rise of these assault-grade weapons puts officers in danger.

“I worry about their well-being. Their morale. Knowing that they’re out-weaponed in the very streets that they’re trying to protect,” Novalez said. “A rifle round can travel 2,200 feet per second with a path of destruction that’s two miles. The only thing stopping that round is property or a person in our communities. Banning assault weapons is a must.”

As one witness testified, each side is coming from such a different perspective it’s hard to see any room for middle ground.