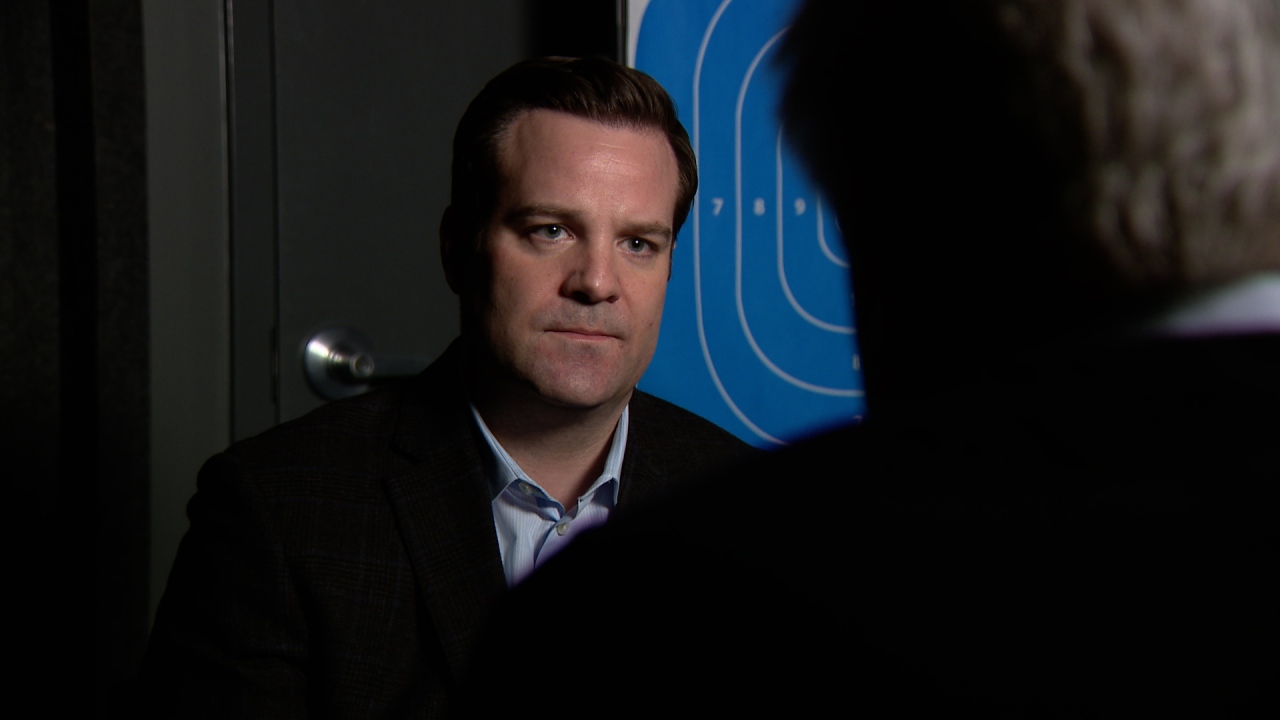 This week, the Illinois General Assembly begins its lame duck session and lawmakers will likely use the final days before a new legislature is sworn in to vote on one of the nation’s most hotly debated topics: banning semi-automatic weapons and high-capacity magazines.

Casting a shadow over the debate in Illinois are the horrific events of July 4, 2022, in Highland Park.

During the north suburban city’s annual Fourth of July parade, a gunman — hiding on a rooftop along Central Avenue — used a semi-automatic rifle to fire into the crowd, killing seven people and wounding dozens of others, touching off a day filled with a creeping sense of unease around the region as the gunman remained at large.

Robert Crimo III, 21, was arrested after a manhunt that lasted more than eight hours.

He was charged with 21 counts of first-degree murder, and 48 counts of attempted murder. Last month his father was also charged with reckless conduct for his role in helping his son obtain the weapon.

“There are no words for the kind of evil that shows up at a parade celebrating freedom, hides on a roof and shoots innocent people with an assault rifle,” said Gov. J.B. Pritzker at the time of the attack.

“If you look at a lot of the horrific mass shootings, there is one sentence that remains consistent,” said Kitty Brandtner, a gun safety advocate. “The shooter obtained the AR-15 legally. So why not remove the common denominator of these horrific tragedies and try to do something about it.”

The District of Columbia and eight states ban semi-automatic weapons — and state representative Bob Morgan (D-Deerfield) said it’s time for Illinois to be the ninth.

“Assault weapons are designed to kill multiple people — exponentially more people — and they’re finding their ways into our communities more and more throughout Illinois, and it’s time to do something about it,” Morgan said.

Morgan’s proposed legislation is a 70-page bill that would:

State Rep. Tony McCombie (R-Savanna), the incoming leader of the Illinois House Republican Party, said she would vote against the legislation.

“There’s a ton of constitutional questions,” said McCombie. “Anytime you’re going to restrict sales, manufacturing, ownership, those have, we’ve learned through the hearing, those have — throughout the nation — already been contested and thrown out.”

Gun rights advocates have also harshly criticized the bill.  “It’s obviously of great concern,” said Dan Eldridge, owner of Maxon Shooter Supplies in Des Plaines. “Especially with an immediate effective date on the bill as drafted. It puts almost every gun owner in jeopardy because it immediately renders standard capacity magazines – single possession – is a misdemeanor.  Second possession, or possession of two is a felony.”

Last summer, the U.S. Supreme Court decided the Bruen case. New York state gun owners challenged a century-old law that had given local officials wide discretion over who can carry a handgun. The gun owners sued Kevin Bruen, who was then the superintendent of the New York state police.

The court decided that New York’s restrictions were unconstitutional and established “strict scrutiny” — the highest form of judicial review — as the new standard for all second amendment cases.

“This entire bill is in defiance of the U.S. Supreme court,” Eldridge said.

But Morgan, who is a lawyer, said the proposal has been vetted to withstand legal challenges. “The courts have already made clear that there are number of laws we have — existing gun restrictions — that ban assault weapons, fully automatic weapons,” Morgan said.

But the U.S. Supreme Court recently sent an assault weapons ban in Maryland back to a lower court with instructions to apply the justices’ broad interpretation of the second amendment.

Gov. J.B. Pritzker said he would sign the bill if it were passed by the General Assembly. “Getting an assault weapons ban passed and a high-capacity magazine ban passed so it’s very important to me,” Pritzker said. “Whether it happens during the lame duck session which I know is the expectation or it happens during regular session is – I mean it’s important that we do it as fast as possible – there’s no doubt, but I just want to be clear, our aim is to get it done in the first half of the year.”

The proposal would make illegal the “manufacture, possession, delivery, sale, and purchase of assault weapons, .50 caliber rifles, and .50 caliber cartridges.”  The bill provides a specific list of guns defined as ‘assault weapons.’

Last month, Morgan held a series of three public hearings, featuring compelling testimony from violence victims. Lauren Bennett was shot multiple times by the Highland Park gunman.  “For those who have never felt a bullet rip through your skin, let me explain how it feels,” Bennett said. “Imagine a hot, metal dart like projectile tearing through your body at supersonic speed – faster than the speed of sound. You’ll feel it burn through your skin, and likely you’ll grab whatever part of your body was hit because you know something’s not right, only to feel excessive amounts of blood draining out of you and soaking everything … at this point you most likely feel as if you are dying, maybe wondering if this is how it all ends. I can assure you, that is what I was thinking.”

But opponents of a ban also had their say at the hearings, arguing the laws would be ineffective in stopping crimes, and only create hurdles for law abiding citizens. “Gun owners are tired of being blamed for every madman, every criminal and every other depraved act that 2.5-million-gun owners didn’t do,” said Todd Vandermyde, a former NRA lobbyist. “We’re not here to negotiate. I’m here to tell you that if this or anything remotely like it passes, we will see you in court.”

Morgan said he wants the bill to be decided by the current legislature in the so-called “lame duck” session – before newly elected lawmakers are seated on January 11. The democratic party holds super-majorities in both the house and senate.  “The way that we designed this legislation – the protect Illinois communities act – is essentially to close the front door. It’s to ban future sales,” Morgan said.

In the past decade there have been 27 bills submitted that would ban assault style weapons. None have become law – most haven’t even been come to the floor for a vote.

House Minority Leader Jim Durkin (R-Western Springs) is the rare republican who says he could support a ban but Democrats who hold a super majority in Springfield and control legislation have allowed proposed bans to languish in committees.

“Assault weapons bans — right now they’re all gung-ho about it — J.B. Pritzker, Speaker Welch, the Senate – they’re all heroes after the fact,” Durkin said. “When they had the chamber for the last 12 years and these bills were sitting there introduced, waiting to be called for a hearing, the democrats refused to bring it up for action.”

Under the proposal, semi-automatic weapons that were purchased legally and owned prior to the proposed legislation — would have to be registered with the Illinois State Police. “These weapons exist in Illinois by people who legally purchased them, and possess them, and we want to reflect that,” Morgan said. “We want to appreciate that people were following the law when they purchased these weapons, and they will get to keep them, so long as they register them with the Illinois State Police.”

Critics of weapons bans say all they do is restrict lawful gun use and argue that laws already on the books must be enforced to prevent mass shootings. For example, Illinois red flag laws, and Highland Park’s municipal ban on assault weapons did nothing to prevent the Fourth of July massacre. “In what way are law abiding gun owners in Illinois responsible for the deranged acts of a criminally insane person?” Eldridge said.

The bill’s age component may be subject to legal challenges, too. Gun rights groups have sued over similar laws calling them a violation of the second amendment rights of young adults, and a federal court in California agreed, throwing out California’s age restrictions.

But to Kitty Brandtner, the accidental advocate who founded the group March Fourth, those questions pale in comparison to this one: “Why do we allow weapons of war on the street? And the answer is, there just isn’t a real answer,” she said.