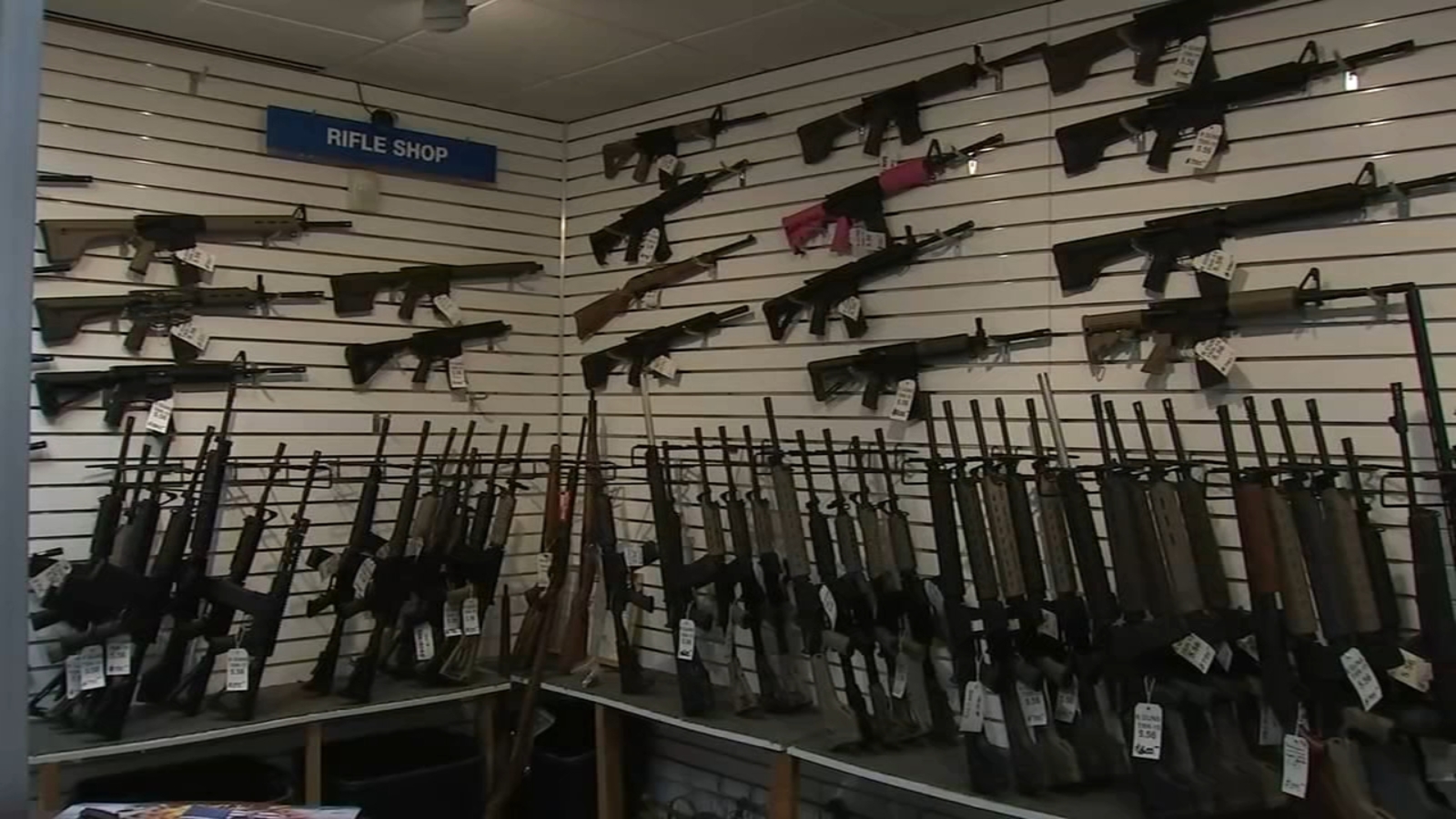 CARPENTERSVILLE, Ill. (WLS) — Gun dealers are expected to file lawsuits in the coming days to challenge Illinois’ new ban on the sale of assault weapons and high capacity magazines.

Roger Krahl owners RGuns in Carpentersville, which manufactures and sells AR-15-style weapons. Or they did, until Tuesday night when the state’s ban went into effect with a stroke of the governor’s pen.

“The law itself is blatantly, blatantly unconstitutional,” Krahl said his frustration with lawmakers evident.

Things are quiet today, but Krahl said his store was jammed Tuesday with last-minute customers stocking up on guns about to become illegal.

“We were standing room only, we were overwhelmed,” he said.

He said he and other gun dealers are overwhelmed by the impact the ban is expected to have. He said he will have to lay off three employees right away.

Manny Segarra owns a small guns shop in West Chicago that bears his name. He has one remaining AR-15 on his shelf, unsure what he’ll do with it. The future of his business is bleak because of the ban.

“Well, that affects 60% of our product so we’re just simply going to shutter, we’re going to close down, we decided within 90 days,” Segarra said.

The new law bans the sale of assault style weapons as well as high capacity magazines. For long guns that means magazines with more than 10 rounds. For handguns the magazine maximum is 15 rounds.

“I think it’s probably going to increase the crime because the only ones who are going to have things like these are the people that intend to do bad things,” Krahl said.

Multiple lawsuits challenging the ban on many fronts are expected soon.

“In the next few days or so that we’ll be in front of a federal judge and we’ll be putting our case and I don’t think that this deprivation of fundamentally, constitutionally protected rights is going to stand for very long,” said Todd Vandermyde, former NRA lobbyist.

For now gun dealers can only wait and hope that the courts will side with them. The lawsuits are expected to include a request for a temporary restraining order which, if granted, would reinstate sales and cause another rush of customers.