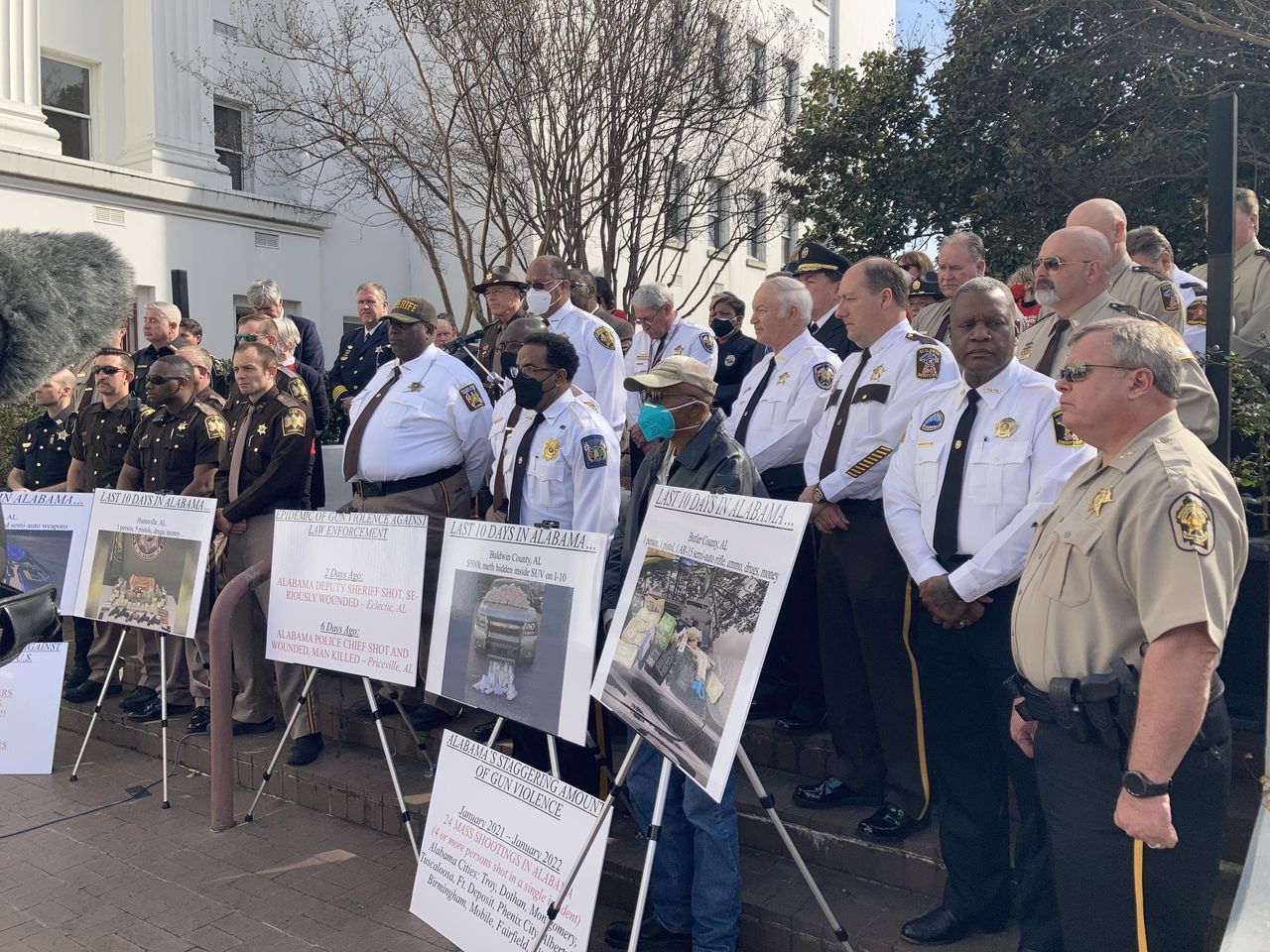 Even though Alabama’s new law allowing people to carry concealed handguns without a permit did not take effect until January 1, a decline in permit sales started last year, reducing the money county sheriffs receive to fund their operations.

The Alabama Legislature set up a grant program to compensate counties for the expected loss of money. But sheriffs and county officials have doubts about whether the grants will be adequate or sustained.

To receive a grant, sheriffs must show a loss in revenue from permit fees, and the law sets 2022 as the baseline year. County officials say using last year as the baseline will understate the losses.

“Pistol permit revenue began declining the minute the ink dried on Gov. Ivey signing it into law (in March 2022),” said Sonny Brasfield, executive director of the Association of County Commissions of Alabama. “So we would be using a reduced number as the base year. That would make the makeup money much smaller.”

Another concern about the grant program is that it is scheduled to go away in four years, according to the bill lawmakers approved. Brasfield said counties are working with legislators to come up with a bill to address their concerns. He thinks that can be accomplished during the upcoming legislative session, which starts in March.

“If going forward we have to utilize the law as it reads today, then we’re talking about a big hole in the budgets at the local level in, I think, every county,” Brasfield said. “I’m pretty confident that we won’t have to live with the language that was passed last session.”

Jimmy Lambert, executive director of the Alabama Sheriffs Association, said pistol permit fees help support sheriffs’ operations in a variety of ways, including the purchase of vehicles and equipment. He said sheriffs will have to turn to their county commissions to replace the dollars if the grant program is not sufficient.

“That story really is kind of across the board throughout the state,” Lambert said. “There are some counties that have not had as big a decline, surprisingly. But the overwhelming majority do and it has affected them.”

Alabama counties that responded to inquiries from AL.com reported that permit sales declined by more than 30 percent last year as compared to the previous year.

“We are fortunate in Tuscaloosa County that the County Commission has offset the loss of revenue within our budget,” Tuscaloosa County Sheriff Ron Abernathy said. “Unfortunately, many other smaller agencies throughout the state will be greatly impacted. It will affect equipment purchasing in addition to funding for personnel. The new law creates added dangers to our law enforcement officers when policing our communities.”

Lee County Sheriff Jay Jones said his office uses about 75 percent of concealed carry permit revenue to help pay for training, such as registration fees and travel expenses for deputies and other employees to attend training programs.

“There are lots of opportunities for training out there that we feel are very important to equip our people with what they need that are offered in other areas,” Jones said. “And of course that comes with an expense. So those fees that were generated by the permit were very, very important to help us to make sure that we offer our staff, our sworn deputy sheriffs, and everyone for that matter, the best training we can possibly give them.”

The bill to end the permit requirement, sponsored by Rep. Shane Stringer, a career law enforcement officer from Mobile County, did not eliminate concealed carry permits. It made permits optional.

Jones, who has been sheriff for 24 years and is president of the Alabama Sheriffs Association, said permit sales in Lee County fell about 35 percent to 40 percent last year. Jones said he expects the decline to continue. He said he and other sheriffs are encouraging gun owners, especially those who travel regularly to other states, to obtain permits or keep their current permits active.

“If you travel out of state it is probably to your benefit to continue to obtain a concealed carry permit in the state of Alabama, being the fact that other states will recognize that permit under the reciprocity arrangements we have with in excess of 30 states across the country,” Jones said. “And also, in some areas, you may run afoul of the law if you don’t have that permit from your home state of Alabama.”

Alabama lawmakers considered bills to repeal the requirement for a concealed carry permit for about a decade before finally passing the legislation last year. Alabama became the 24th state to pass such a law, according to the National Rifle Association. Georgia followed suit last year, bringing the total to 25, the NRA said.

Supporters of so-called “constitutional carry” legislation said the requirement to pay a fee and undergo a background check to carry a concealed handgun was an infringement on the 2nd Amendment. Alabama law already allowed open carry of handguns. But to carry one hidden, such as under a jacket or in a purse, required a permit.

A permit was also required to carry a handgun in a vehicle unless it was unloaded and in a locked compartment. Supporters of repealing the permit requirement said that defeated the purpose of carrying a gun in a vehicle for protection.

Opponents of the change, including the Alabama Sheriffs Association, said the requirement for a background check and permit was an important tool for law enforcement.

Other opponents of repealing the permit and background check requirement, including the group Moms Demand Action for Gun Sense in America, which had volunteers at the State House to lobby against the bill, noted that Alabama ranks high among states in deaths from gun violence.

The grant program set up under the new law is called the Local Government Pistol Revenue Loss Fund. Lawmakers appropriated $5 million for the fund initially. For three years, the law calls for putting enough into the fund to have a balance of at least $2 million at the beginning of each fiscal year. The bill says the grant program will end after four years.

“We are still working with our legislators now to try to revise this some,” Lambert said. “But getting a feel from the sheriffs, the amount of money that the grant is going to furnish is not going to come close to adequately backfilling what the sheriffs will lose. And it’s not open-ended. It ultimately ends, so it’s still going to be the void that has to be filled.”

Even though people can still get permits and some will do so to carry in other states, Brasfield said there’s no reason to expect anything but a continued decline in permit sales. He said the goal during the upcoming session will be legislation to change the baseline year for determining permit revenue loss to 2021. As for a permanent source of revenue to replace the permit fees, Brasfield said it’s too early to talk about that.

“My guess is the Alabama Legislature is going to be reluctant to levy any kind of new fee or increase any fee at the local level to replace this money,” Brasfield said. “I think our job for this coming session is to try to get the base year fixed and to deal with the next couple of years. And I think then at that point we can see where we are.”

Jones said the goal is to come up with a program that will provide some certainty and stability.

“What we would like to do is work with our legislators to see if we can have a more permanent solution and one that would have adequate funds that would assist sheriffs particularly in those counties that see the most significant drops in revenues,” Jones said.

Gun trainer: What to expect with Alabama’s new permitless carry