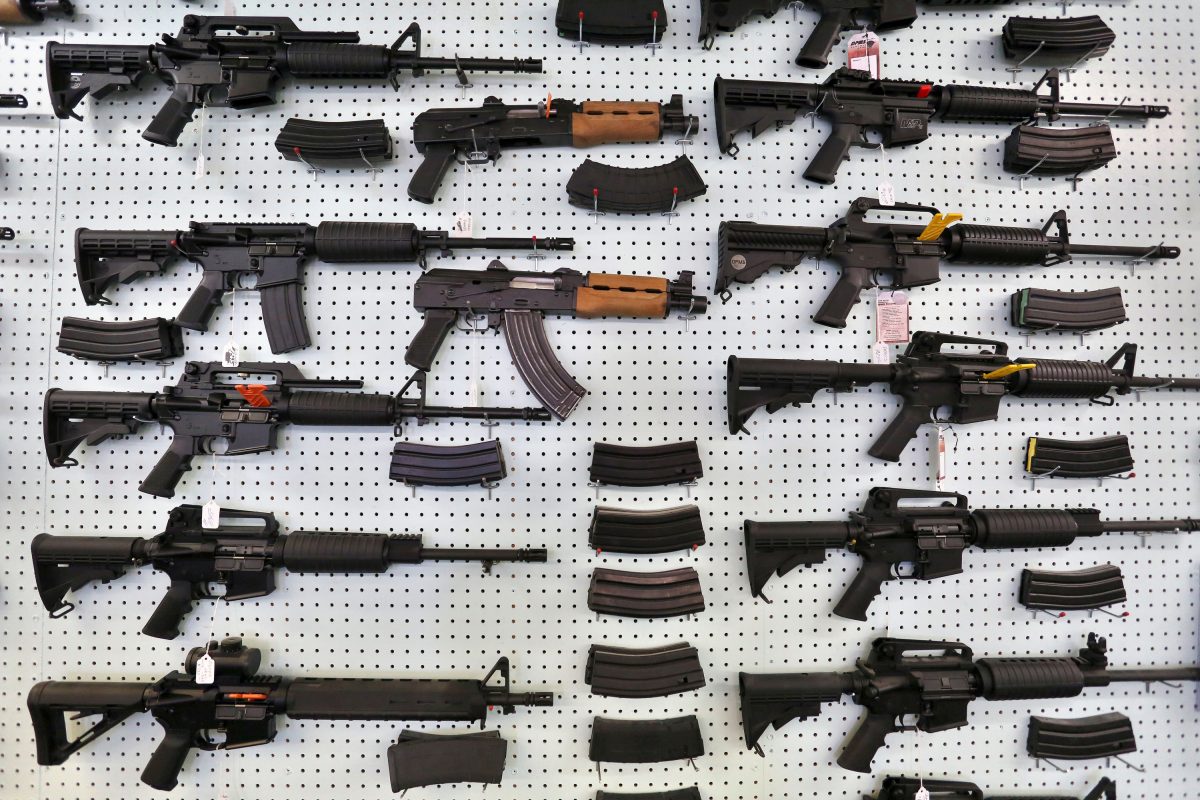 Colorado appears ready to join other states in clamping down on Second Amendment rights. A draft of the “Mass Shooting Prevention Act,” expected to be introduced in the upcoming legislative session, was made public and Second Amendment Advocates are concerned.

“This bill uses the most insane parts of the laws from California and New York,” Taylor Rhodes, executive director of Rocky Mountain Gun Owners (RMGO), told The Epoch Times. “This doesn’t just ban many commonly owned pistols and shotguns; this will ban almost 70 percent of all firearms overnight.”

Rhodes was made aware of the bill draft almost three weeks ago. He said the proposed legislation is designed to greatly diminish Second Amendment rights in Colorado.

“You might as well call this the ‘Gun Owners Get Out of Town Bill,’” Rhodes said.

The proposed law expands the definition of “assault weapons” to cover a wide array of commonly owned rifles, pistols, and shotguns. In addition, parts that could be used to convert a semiautomatic weapon into a so-called “assault weapon” would also be outlawed. The only exceptions would be guns owned before the law was enacted, which would be grandfathered. However, that too comes with a catch.

Guns owned before the law’s enactment can only be kept if the owner has proof of ownership before that date. The law doesn’t say what constitutes proof, but it does outline what will happen if the gun owner doesn’t have proof.

Without adequate proof of ownership, the gun owner would be required to surrender the gun to law enforcement, who would hold it for up to three business days. The gun would be confiscated and destroyed if the owner could not provide proof on the fourth business day. The gun owner could face criminal prosecution, including fines of up to $1,000 for violations between July 1, 2023, and Dec. 31, 2024. The penalties increase to $5,000 after Jan. 1, 2025.

Rhodes said a gun owner would have to carry proof of ownership whenever they had a gun since a police officer could demand to see proof at any time. This could be a problem for people who did not buy the gun they are holding.

“What if you inherited your grandfather’s shotgun 30 years ago?” Rhodes asked.

The fines for Federal Firearms License holders who sell a banned gun are even steeper.

Rhodes said RMGO lawyers are already drafting a lawsuit because the law is almost guaranteed to pass the General Assembly and be signed by Gov. Jared Polis. According to Rhodes, the “Bloomberg lobby” has invested heavily in Colorado state elections and is reaping the benefits.

“These politicians are nothing more than elected activists,” Rhodes said. “We know the realities in Colorado right now, and we are ready to sue.”

Travis Couture-Lovelady is the Colorado state director for the National Rifle Association. Like Rhodes, he sees the proposed law as nothing more than an effort to control law-abiding citizens by denying their Constitutional right to self-defense.

“A ban on so-called ‘assault weapons’ will do nothing to reduce violent crime or enhance public safety, but it will stop law-abiding Americans from exercising their Second Amendment rights,” Lovelady wrote in a statement released on Jan. 23.

Rhodes said the proposed legislation makes little sense in light of recent Supreme Court decisions that affirmed the individual’s right to keep and bear arms under the Second Amendment to the Constitution.

Since then, lawmakers in New York, New Jersey, Michigan, Illinois, and Oregon, among other states, have adopted gun control laws that appear to be opposed to the court’s rulings. Many of those laws are now the subject of lawsuits.

One lawsuit filed in Illinois has more than 800 plaintiffs from 87 of the state’s 102 counties suing to overturn the state’s newly enacted gun ban. More than 90 Illinois sheriffs stated they would not enforce the law because they consider it unconstitutional.

Rhodes believes gun control advocates are pushing back just as hard, hoping for success on at least one or two legal points. He said most gun control organizations, like Bloomberg’s Everytown for Gun Safety, are well-funded and feel they have little to lose.

What They Can Get Away With

“They want to see what they can get away with. For them it’s not that big of an issue because they’ve got more money than Kellogg’s got cornflakes,” Rhodes said.

Correia wrote the book to provide Second Amendment supporters with facts to show people the truth about firearms.

“We’ve got the facts on our side. I want to provide those facts for the people who need them. I want to move the dial for the ‘fence sitters,’” Correia told The Epoch Times.

While the move toward stricter gun laws may seem counterintuitive given the court’s recent actions, Correia said the laws are likely elements in more comprehensive strategies. The fact that the courts have been ruling against them may have gun control advocates in “fight-or-flight” mode. It could be as Rhodes proffered that they “are throwing everything against the wall to see what sticks.” Or, Correia said, the court battles may be the objective.

Rhodes pointed out that many gun control movements are well-funded. Correia agreed, saying it might be to wear Constitutionalists down and deplete their resources.

“The process is the punishment,” said Correia.

He said the best thing gun owners can do is to educate themselves and control the narrative. According to Correia, the left has perfected the cliché—the short, funny quip that sounds authoritative and intelligent regardless of whether or not it’s true. Calling for “common sense gun control” or combining the number of teenage gang members shot and killed in with the victims of school shootings as the number of “children lost to gun violence” can pull at the heartstrings.

Correia said storytelling is an essential part of winning the culture war. It’s a skill the right needs to develop more.

“The other side realized that before we did,” Correia said.

Time to Make a Stand

Lovelady said one fact to keep in mind is that the weapons subject to the Colorado ban are not a significant part of the crime problem, even though they are the subject of breathless news stories. He pointed out that the AR-15 is the most popular rifle in America but is used in fewer than one percent of violent crimes in Colorado.

“The legislature should hold criminals accountable for their actions instead of trying to disarm the law-abiding gun owners,” Lovelady wrote.

Rhodes said this is a critical time for Colorado gun owners. Even though they may lose this immediate fight, this is only one step in the legal process. He said it is essential for Coloradans who support the Second Amendment to stand up for their rights.

In addition to preparing for court, RMGO has an online petition and resources for people who help join the fight. While it may seem the politicians have made up their minds, Rhodes pointed out that they still need votes to keep their jobs.

“It’s really important that we wave our flag at the state capitol,” Rhodes said.