As the coronavirus claims more victims across the U.S., gun and ammunition sales have reportedly increased as well — particularly in those states where COVID-19 has been the most lethal.

“You got to be protected for all sorts of stuff. Seems like the world has gone mad,” David Stone, owner of Oklahoma’s Dong’s Guns, Ammo and Reloading, told the Los Angeles Times in a piece published Monday. 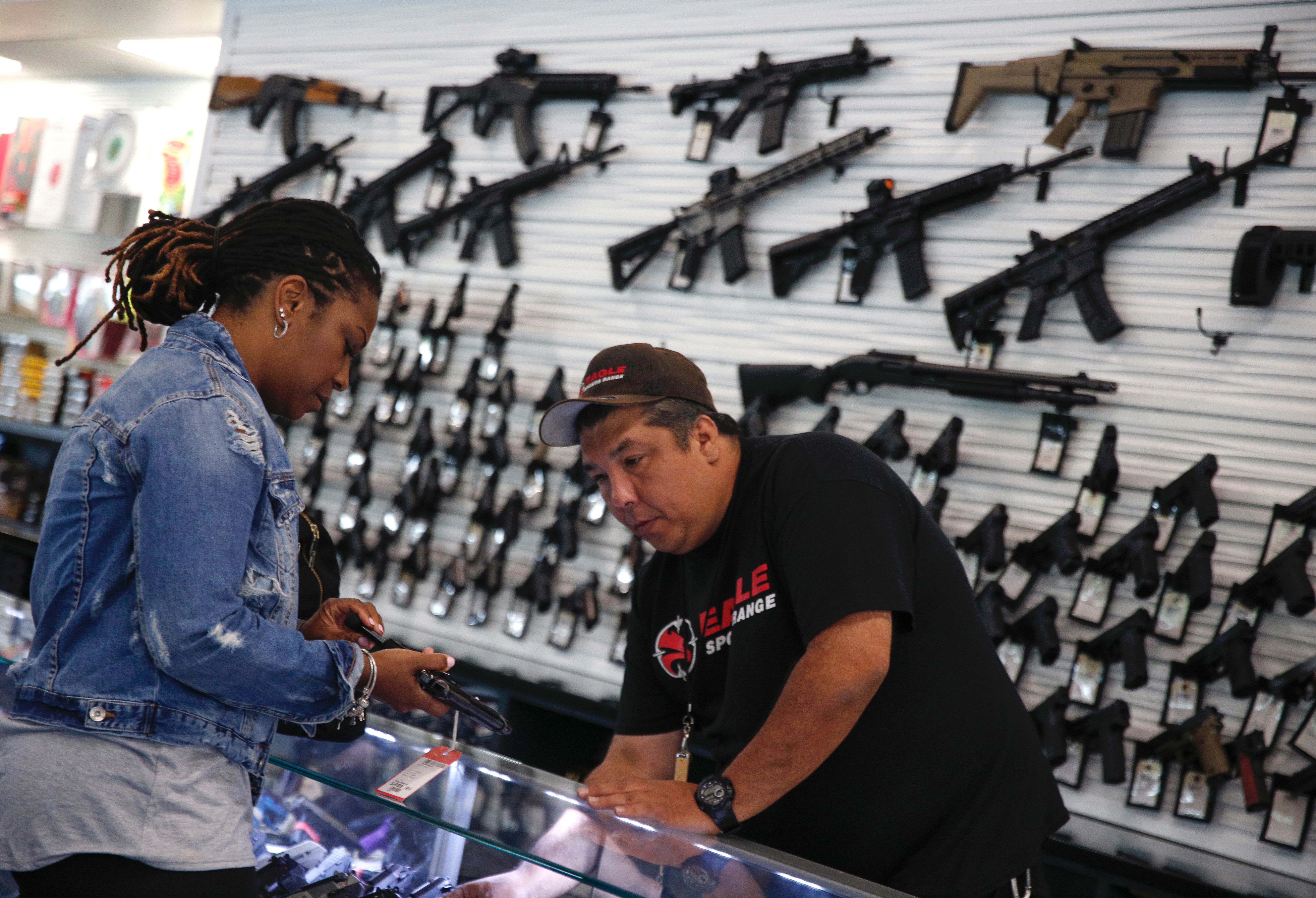 Kiley Russell (L) speaks to salesman Jason Zielinski as she she gets information about buying a gun before taking her concealed carry certification test at the Eagle Sports gun range in Oak Forest, Illinois, July 16, 2017.(Photo credit: JIM YOUNG/AFP/Getty Images)

It’s reportedly the same story in Culver City, California, where customers thronged to get into the Martin B. Retting gun shop. (RELATED: Background Checks, Gun Sales Skyrocket On Black Friday)

“Politicians and anti-gun people have been telling us for the longest time that we don’t need guns,” John Gore, a 39-year-old recent customer told the LA Times. “But right now, a lot of people are truly scared, and they can make that decision themselves.”

Online retailer Ammo.com has also noted ammunition sales spiking along with the coronavirus. The company reported a 68% jump in sales from Feb. 23 to March 4, while the coronavirus raged in Italy.

The National Rifle Association was quick to warn that gun control advocates could use the crisis to further their agenda.

Those buying the guns are often from states where support for the Second Amendment is not the strongest and where gun control advocates have succeeded in advancing legislation sometimes heavily regulating firearms, like Washington, California and New York. Many of those buyers are Asian-Americans, according to the LA Times, afraid of a coronavirus-induced backlash. (RELATED: ‘You’re Full Of Sh**’: Biden Gets Into Shouting Match With Auto Worker Over Guns)

The owner of Laguna Guns & Accessories in Elk Grove, California, told the LA Times that Asians have comprised much of his recent clientele, though sales have not been limited to only one ethnicity.

ILA | On Crime, We Know What Works
Distracted driving; blood on their hands; fossil fuel protests; old format option
Number One Responsibility for All 46 Presidents Is Contained in the Oath of Office: Protect the Constitution
ILA | Ohio: Emergency Powers Bill Heads to the Senate for Concurrence, Contact Your Senator Today!
What is the status of Oregon Measure 114 new gun limits?