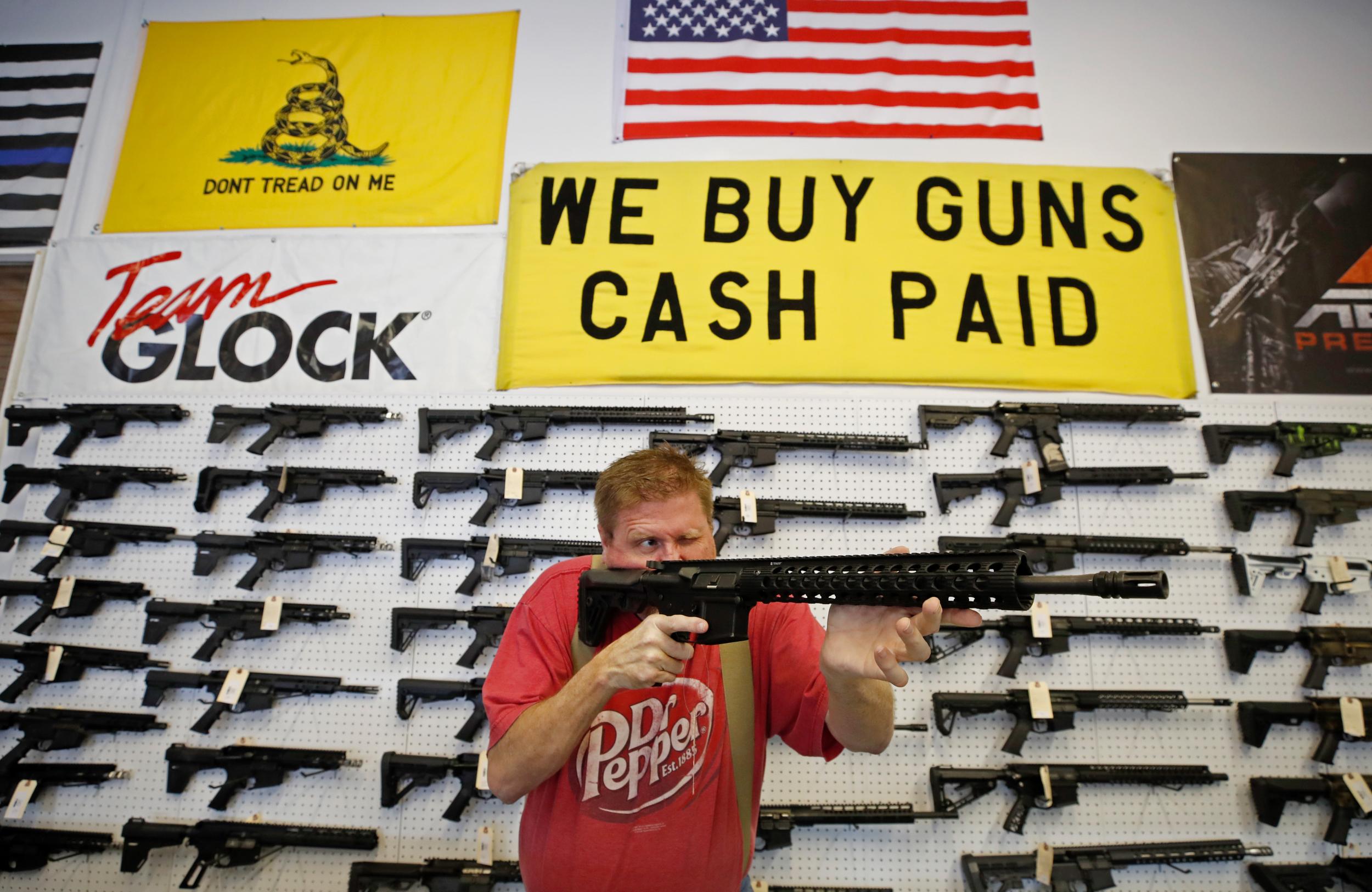 Officials in Los Angeles have suspended efforts to close gun stores after pushback from firearm enthusiasts, despite the state being under orders to close non-essential businesses to prevent the spread of coronavirus.

The move follows a surge in gun sales across the US as cities and states establish stay-at-home measures during the pandemic, prompting prospective gun owners to stockpile weapons and ammunition in the face of the crisis.

Los Angeles County Sheriff Alex Villanueva announced that non-essential closure enforcement has been “suspended” as the county awaits guidance from Governor Gavin Newsom to determine “what qualifies as a non-essential business.”

The move comes less than 24 hours after the sheriff defended closing gun stores, saying in a press conference on Tuesday that “it’s not an issue of banning the sales of guns” but preventing “panic gun-buying or rushing to stores, which is now what we’re seeing.”

Stores remaining open are violating the “whole issue of social distancing” and “creating its own attractive nuisance,” he said.

Officials also expressed concerns about first-time buyers stocking up on weapons without proper training to use, store and maintain firearms.

“Chief among them has been gun shops, night clubs, bars and strip clubs”, he said.

Lines were reported outside several California gun stores, and shoppers on social media posted images of cleaned-out gun racks and empty behind-the-counter displays next to signs about the limitations on the number of purchases per customer.

Guidelines about the limited number of people allowed in public spaces have led to sweeping business closures to prevent transmitting the virus.

Though officials have largely agreed to keep grocery stores and pharmacies open during the crisis, some business owners and companies — from bookstores to marijuana dispensaries — have argued to keep their workplaces open to prevent a total crash in sales and keep employees on their payrolls as the US stares down potentially prolonged “social distancing” guidelines.

National numbers on gun sales won’t be released by the FBI until April, but anecdotal evidence and data reported by some states show that the virus has likely influenced prospective gun buyers to arm themselves.

Demands for background checks in Pennsylvania crashed the system for hours, according to police in the state.

Within the last week, Colorado processed more than 14,000 background checks, more than double the amount processed in the same time last year.

Virginia State Police reported an 86 per cent spike in background checks in January compared to the same time last year, though that likely was influenced by the state’s Lobby Day, when thousands of gun rights activists convened outside the state’s capital to oppose gun control legislation. But the uptick continued in February, when another 64,000 buyers received background checks — nearly double the number of checks performed during the same time last year. So far this month, more than 35,000 checks were performed, triple the amount from the entire month last year.

In New Jersey, gun rights advocates sued the state’s governor and state police in federal court to challenge the state’s shuttering of gun stores as well as an online background check portal.

The lawsuit says that “taken together, these actions amount to a ban on obtaining firearms or ammunition” in the state.

Closures were ordered under a similar stay-at-home measure mandating the closure of “the brick-and-mortar premises of all non-essential retail businesses” though it doesn’t specify gun stores to close but rather what stores should remain open, similar to orders in other states.

Sheriff Villanueva said that a legal opinion from the Los Angeles county counsel “opined that gun stores qualify as essential businesses” though neither the statewide executive order nor the county’s order urging residents to shelter in place mentions gun stores.

The National Rifle Association has accused “anti-gun” officials of using the pandemic as a political cudgel to “strip Americans of their second amendment” rights, while gun sales are “spiking because good people are worried their government won’t be able to protect them”, the group said.

The NRA also cited the pandemic as it laid off staff and made other dramatic cost-cutting measures, including pay cuts and reducing employees’ hours to four-day work weeks.

In a statement to supporters, Sam Peredes, director of Gun Owners of California, said that its members must challenge “the anti-gun” agenda, including “mayors who are forcing gun stores to close because they are not ‘essential’ items.”