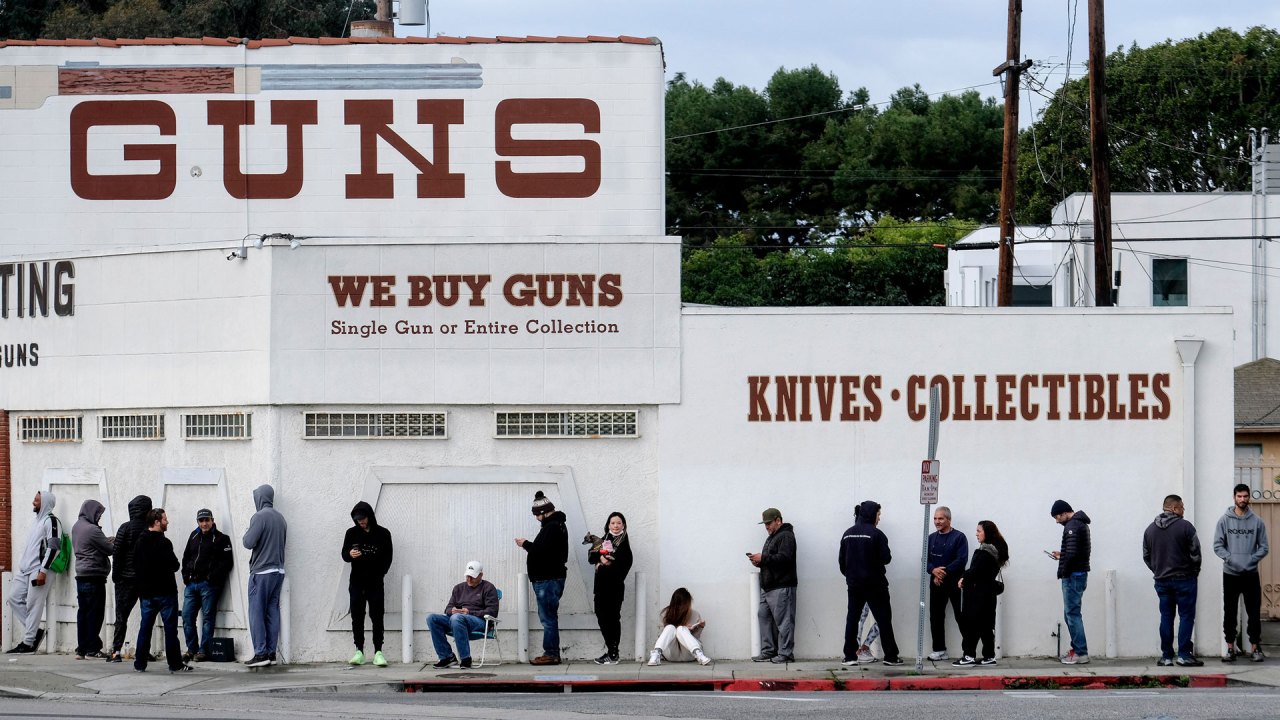 After California Gov. Gavin Newsom delegated authority on whether to allow gun stores to remain open or force them closed as “non-essential” under the state’s stay-at-home order to local sheriff’s, differing views by sheriff’s are leading to contrasting policies between Southern California counties.

But in Riverside County, gun stores remain free to do business.

Riverside County Sheriff Chad Bianco took to social media Friday to discuss his view after a Twitter used asked him whether gun sales were banned in the county.

“No they are not,” Bianco wrote. “Not only do they seem to fit in the ‘essential’ category, closing them and denying people the right to own a handgun is an obvious violation of the Second Amendment.”

The NRA and three other gun rights-advocacy groups have filed legal action against Sheriff Villanueva in L.A. County over his order for gun stores to close.

Gov. Newsom said earlier this week that he was leaving the decision as to whether gun stores are “essential” under the state’s stay-at-home order or could be ordered to shut their doors up to local sheriffs.

North Dakota lawmakers to consider full clip of bills expanding gun privileges – InForum
Unchecked gun violence reveals who we are, as a nation
How can we put an end to mass shootings in the U.S.?
NRA, lawyer who helped win U.S. Supreme Court case take on Illinois’ assault weapons ban
Bill to keep guns out of hands of minors passes first committee