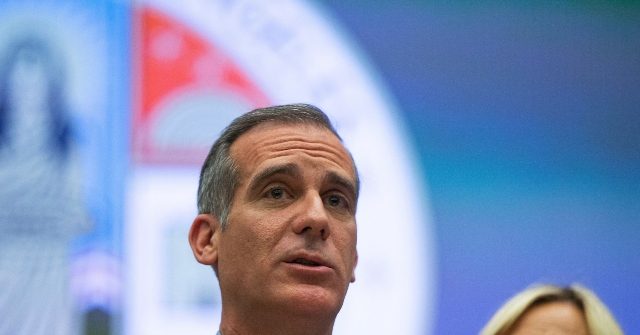 On March 29, 2020, NRA, SAF, CGRC, and FPC added an Amended Complaint, naming Mayor Garcetti and the City of Los Angeles.

Defendant Eric Garcetti is the Mayor of Defendant City of Los Angeles, California, with inherent and delegated powers to execute and enforce laws, orders, customs, and/or practices at issue in this lawsuit. He is sued in his official capacity.

Defendant City of Los Angeles, California is a local governmental entity organized under the Constitution and laws of the State of California, possessing legal personhood within the meaning of 42 U.S.C. § 1983. The City is responsible for executing and administering its laws, orders, customs, practices, and policies at issue in this lawsuit.

The complaint alleges “Count One” against Defendants as “Deprivation of Civil Rights: Right to Keep and Bear Arms.” It lists as “Count Two” the deprivation of “Due Process.”

The suit seeks “a declaratory judgment that the operation of firearm and ammunition product manufacturers, retailers, importers, distributors, and shooting ranges are essential under the State Defendants’ Orders and the Federal Government’s March 28, 2020 ‘Essential Critical Infrastructure Workforce‘ Guidance.”