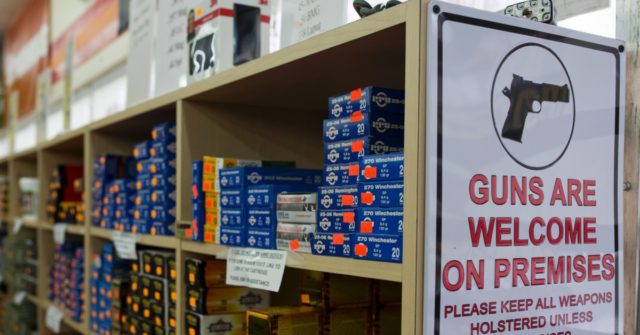 Los Angeles County Sheriff Alex Villanueva says he will not be closing gun stores now the Trump administration has declared them essential business.

On Monday, March 24, 2020, Villanueva talked of how he planned to shutter gun stores throughout the county. The next day he said his plans were on hold to give Governor Gavin Newsom (D) time to reassess what constituted an “essential” business.

On Wednesday, March 26, 2020, he tweeted an announcement that he would be closing gun stores after all:

In compliance with @CAgovernor ‘s Executive Order, Gun & ammunition stores are not considered essential businesses, and will cease to sell to the general public, there are some exceptions. Please see my full statement below: #COVID19 #SaferAtHome #flattenthecurve #LASD #SheriffV pic.twitter.com/XSqk9POEzt

Ironically, both Sheriff Villanueva and Governor Murphy both faced lawsuits over their gun stores closure policies.