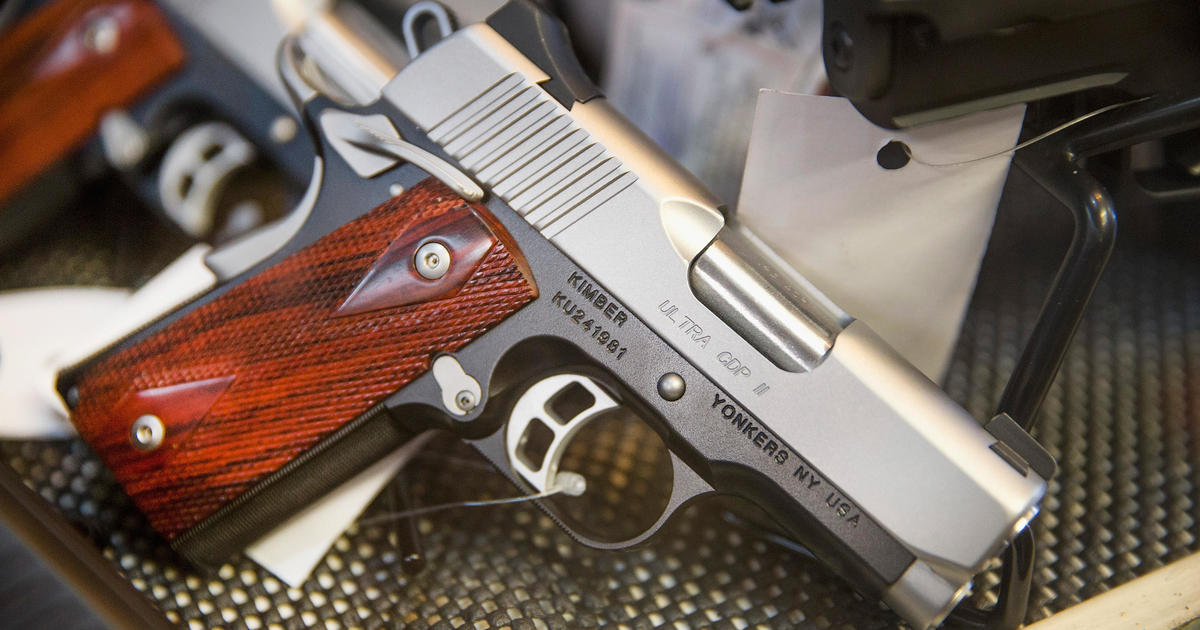 Social distancing guidelines and stay-at-home orders have been implemented in most of the country, greatly limiting where Americans can go. Businesses classified as “essential services” include grocery stores, pharmacies and even gun stores.

On Saturday, the Department of Homeland Security (DHS) released guidance on essential and critical businesses during the coronavirus pandemic. Within the public safety and law enforcement category, DHS listed the firearm industry as essential.

In addition to first responders and people who supply their equipment, “workers supporting the operation of firearm or ammunition product manufacturers, retailers, importers, distributors, and shooting ranges,” are also allowed to continue working.

The inclusion of firearms manufacturers and retailers in this guidance comes after the National Rifle Association (NRA) and National Shooting Sports Foundation (NSSF) lobbied for gun shops to be deemed essential businesses.

The NRA even filed a federal lawsuit against Los Angeles County Alex Sheriff Villanueva and California Governor Gavin Newsom, saying their policies violated Second and Fourteenth Amendment rights. Other individuals, retailers, and other gun rights groups, were also part of the suit.

“Municipalities who target lawful gun stores for closure aren’t promoting safety—by weaponizing their politics to disarm you and your loved ones, these shameless partisans are recklessly promoting a gun-control agenda that suffocates your self-defense rights when you need them most,” said Jason Ouimet, executive director of the NRA Institute for Legislative Action.

Just days after the suit was filed, the DHS released its guidance and California reversed its decision. The state will now allow gun stores to stay open during the pandemic.

“President Trump’s newly-updated DHS guidance echoes what the NRA is arguing in court: that firearms and ammunition retailers are ‘critical infrastructure,'” the NRA said on Tuesday.

The DHS guidlines on essential businesses is merely a guidance – not a mandate. “Officials should use their own judgment in issuing implementation directives and guidance,” DHS said.

New Jersey initially opted to close gun shops, deeming them “non-essential” during this time. But, like lawmakers in California, New Jersey Governor Phil Murphy reversed that decision on Monday and decided to allow firearms retailers to operate by appointment only and during limited hours. Gun shops are among a few businesses Murphy decided to later add to the list of essentials, including car dealerships.

There are other states that decided gun stores would remain open before the DHS released its guidance. On Friday, Texas Attorney General Ken Paxton declared that gun stores can stay open even amid the coronavirus outbreak.

Paxton’s nonbinding opinion says “municipal and county authorities may not use emergency powers to regulate or restrict the sale of firearms.”

There has been an uptick in firearm sales in recent weeks, according to the Associated Press. “Background checks — the key barometer of gun sales — already were at record numbers in January and February, likely fueled by a presidential election year. Since the coronavirus outbreak, gun shops have reported long lines and runs on firearms and ammunition,” AP reports.