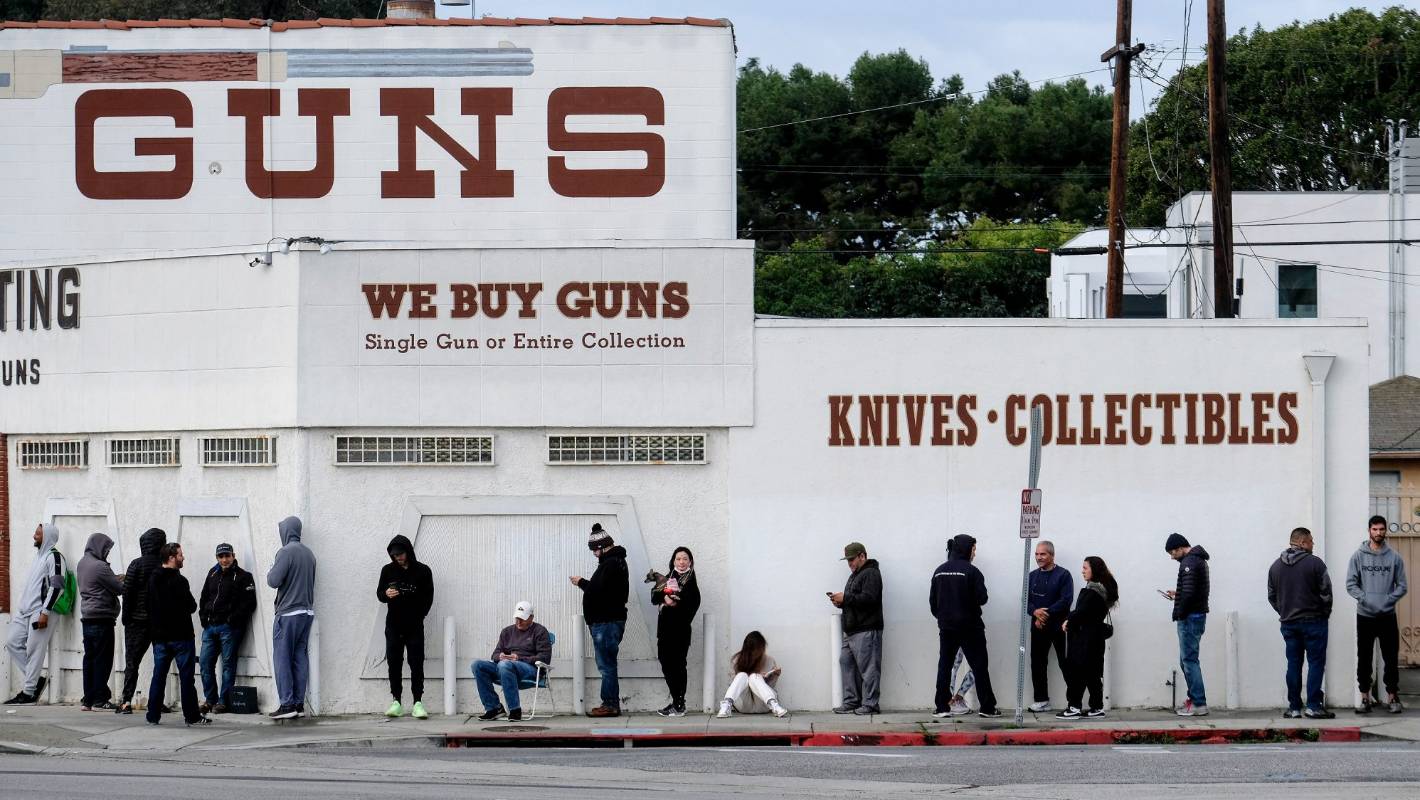 Background checks required to buy firearms in the United States have spiked to record numbers in the past month, fuelled by a run on guns from Americans worried about their safety during the coronavirus crisis.

According to figures from the FBI, 3.7 million background checks were done in March – the most for a single month since the system began in 1998. It eclipsed the previous record, set in December 2015, when 3.3 million checks were conducted.

Background checks are the key barometer of gun sales, but the FBI’s monthly figures also incorporate checks for firearm permits that are required in some states. Each background check also could be for the sale of more than one gun.

The rush has inflamed tensions between Second Amendment advocates and gun control supporters. Pro-gun groups say the long lines seen at gun stores affirm a widespread belief about the right to bear arms. Opponents contend that adding firearms into stressed-out households filled with people cooped up during lockdown orders will lead to increased levels of domestic violence and suicides.

Key information: Sign up to get Stuff’s daily coronavirus situation report email newsletter. It’s a quick summary of the essential updates from New Zealand and around the world on Covid-19.

“This is overwhelming evidence that Americans value their ability to take responsibility for their own safety in times of uncertainty,” said Mark Oliva, spokesman for the National Shooting Sports Foundation, which represents gunmakers. “The figures are simply eye-popping.”

The FBI numbers show March had five of the top 10 days ever for background checks, including the day with the most, March 20, when more than 210,000 checks were conducted. The day before, California ordered all non-essential businesses to close.

Four of the top 10 weeks ever for checks have occurred since mid-February, including the week with the most, March 16-22, when nearly 1.2 million checks were done.

In comparison, 2.64 million checks were conducted in March 2019, more than a million fewer than last month.

The spikes followed key moments in the US trajectory of the pandemic, starting with the nation’s first recorded death on February 29 and ramping up as a flurry of states closed schools and businesses. Then in mid-March, President Donald Trump urged Americans to practise social distancing and warned of a potential recession.

Of the 3.7 million background checks done last month, about 2.5 million represented firearm sales, an increase of about 85 per cent over March 2019, according to estimates from Small Arms Analytics and Forecasting, which analyses data on the firearms industry. Handgun sales increased by about 91 percent, while sales of long guns were up nearly 74 per cent, it said in a news release.

Gun retailers reported the overwhelming majority of buyers over the past month have been first-time gun owners, the National Shooting Sports Foundation said. That worries gun-control advocates, who fear first-time buyers will not be able to get the training to safely handle and store their new weapons.

“We need to prepare for the increased risk of more firearms in untrained hands,” said David Chipman, a retired agent with the federal Bureau of Alcohol, Tobacco, Firearms and Explosives, who’s now senior policy adviser with the Giffords gun control group. “If you didn’t think you needed a gun prior to March of this year, you certainly don’t need to rush out and get one now.”

Last year already proved to be busy for the background check system, with a record 28.4 million conducted in 2019. That trend continued in January and February, with experts saying the numbers have been fuelled by a typical concern among gun-rights supporters during a presidential election year – that a potential Democratic president would institute to greater restrictions.

The soaring numbers come amid debate in cities and states about whether gun shops should be considered essential businesses that can remain open during stay-at-home orders meant to reduce the spread of the virus. Over the weekend, the Trump administration issued an advisory classifying firearms dealers as essential but did not mandate that states keep them open.

The gun lobby has pushed back vigorously in places that determined federally licensed gun dealers are not essential during the outbreak and should close. The industry says the shops are critical to allowing Americans to exercise their constitutional rights.

The Texas attorney general issued a legal opinion saying emergency orders shuttering gun shops are unconstitutional. That’s in contrast to some cities, such as New Orleans, where the mayor has issued an emergency proclamation declaring the authority to restrict sales of firearms and ammunition.