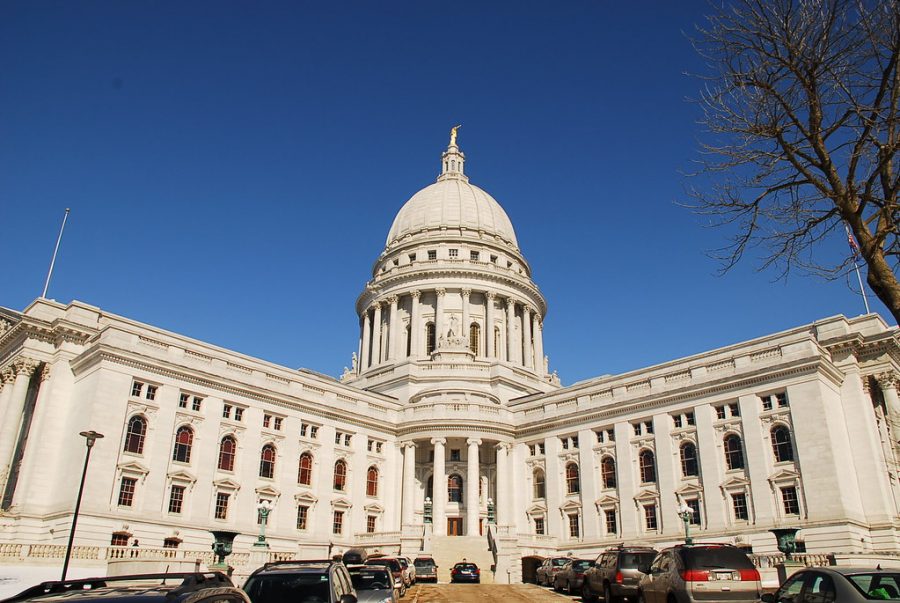 Election Day in Wisconsin is April 7, and this day will determine if Daniel Kelly or Jill Karofsky will secure a 10-year position as a Wisconsin Supreme Court Justice.

Kelly led in the primary with 50.1%, or 352,860 votes. Jill Karofsky trailed with 37.2%, or 261,721 votes, according to the Ballotpedia Organization, a nonpartisan organization committed to providing information about the U.S. legal system and its constituents.

A third contender, Edward Fallone, a law professor at Marquette, was eliminated after the Feb. 18 primary election. Fallone previously ran in 2013 when he lost to incumbent Chief Justice Patience Roggensack, according to his Ballotpedia page.

The Wisconsin Supreme Court is the highest court that holds the most legal jurisprudence in the state. Justices in the state Supreme Court do not conduct trials, as they only receive appealed cases and make legal rulings based off the state’s constitution.

In the 2018-19 term, the Supreme Court issued 54 authored decisions, according to the State Bar of Wisconsin.

With contrasting political policies, Karokfsy will be Kelly’s challenger for a shot to be a voice in those decisions.

Karofsky labels herself as a “tough, fair, and independent judge” because one of her main strongholds is to stop corruption and corporate favoritism within the court, according to one of her campaign videos seen on her official campaign website.

She received her law degree from the University of Wisconsin-Madison after attaining her undergraduate degree at Duke University on a Division 1 Tennis scholarship.

She also assumed office as a deputy district attorney in Dane County Circuit Court in 2017, prosecuting felonies and misdemeanors, as well as being an adjunct Law Professor at the University of Wisconsin-Madison.

The Ballotpedia Organization lists Karofsky’s key campaign messages and endorsements. It includes that Judge Karofsky stated she would seek to preserve the rights of crime victims, women, racial minorities and LGBTQ+ individuals and strongly believes her firsthand experience as a trial court judge gives her the sequential insight to be a Supreme Court Justice.

“Every single time that Justice Kelly has the opportunity to rule in favor of the right-wing special interests, of the Republicans, he does it every single time,” Karofsky said. “And that is why people think that there is corruption on our Supreme Court.”

Kelly has responded with accusations that she slandered him for political gain.

Karofsky is endorsed by various organizations and ideological movements, according to Ballotpedia.

Kelly graduated from Carroll College in Waukesha, Wisconsin, before receiving his law degree from Regent University School of Law in 1991.

Kelly has worked as a law clerk for Wisconsin Appeals Court and for four years at the U.S. Court of Federal Claims in Washington, DC, according to the Badger Institute Organization.

He also has extensive experience in private practice with a law firm he co-established before being appointed to the State Supreme Court in 2016.

Daniel Kelly considers his judicial philosophy as a constitutionalist. On his official campaign website, he credits his campaign policies to uphold the “rule of law” and individuals rights.

“The rule of law is an indispensable foundation for ordered liberty, functional economics, and individual rights,” Kelly stated on his website.

Kelly’s main argument for a fairer court is one that represents and upholds the laws and Constitution as they were originally written and not one who wishes to practice new laws in in place of original laws.

“There is no end to the mischief the judiciary causes when it abandons its role of declaring what the law is, and instead arrogates to itself the power to develop new law in place of what it received from the ultimate lawgivers – the people of the State of Wisconsin and the United States,” Kelly stated as an official political thought on his campaign website.

Some of Kelly’s more outspoken policies about same-sex marriages and Affirmative Action can be seen on his Ballotpedia page.

Kelly is endorsed by various organizations and ideological movements, according to his campaign website and Ballotpedia.

Professor of Constitutional Law and of Contemporary Law Issues, Chad Oldfather, said this race will have a significant effect on Wisconsin voters.

“A state supreme court race is important in general, and perhaps especially so given that Wisconsin’s divided government coupled with its extreme polarization makes it likely that this particular court will be considering a variety of important questions coming out of that clash,” Oldfather said in a email.

He added that the result of this race will not immediately shift the majority ruling of the court as a divided race would, but the outcome will hold a long judicial standard in the state of Wisconsin.

This story was written by JK Rees. He can be reached at james.rees@marquette.edu.