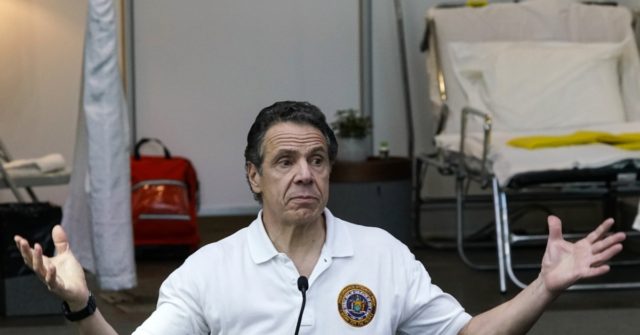 The lawsuit, National Rifle Association v. Andrew Cuomo, was filed in the United States District Court for the Northern District of New York.

The NRA explains that the suit centers on the closure of gun stores resulting from “Executive Order 202.8, issued by Gov. Cuomo on March 20, 2020, in response to the COVID-19 health crisis.”

The NRA claims the gun store closures “effectively and indefinitely suspended a key component of the Second Amendment to the United States Constitution – shutting down all gun stores in the State of New York, including federally licensed gun stores, by deeming them ‘non-essential’ businesses.”

There isn’t a single person who has ever used a gun for self-defense who would consider it nonessential. This is clearly another assault by Gov. Cuomo on the NRA, on the rights of New Yorkers to defend themselves and their families, and on our Second Amendment freedoms. The NRA will continue to fight all such attacks until Gov. Cuomo recognizes that constitutional rights are for every New Yorker and every American – and not just for politicians and their privileged friends.

On March 28, 2020, Breitbart News reported that the Donald Trump administration released guidelines that label gun retailers as an “essential” part of our nation’s economic infrastructure.