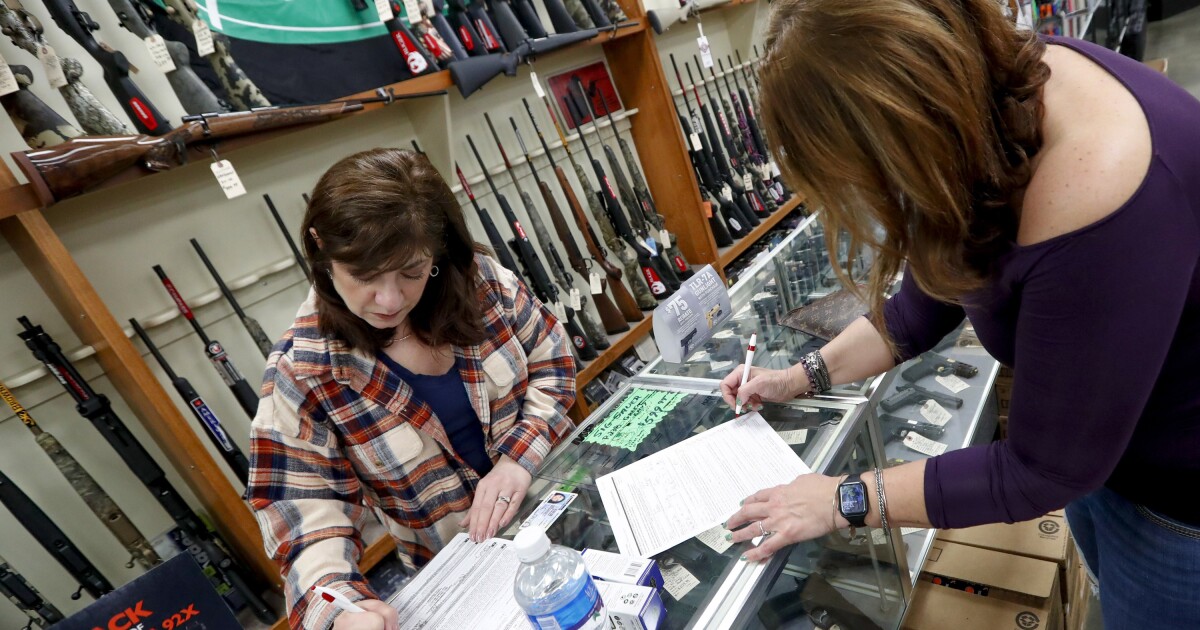 Some of the top prepper advisers who rightly counseled people in the early days of the coronavirus crisis to hoard toilet paper and fuel are now urging the purchase of “defensive guns” as the national lockdown drags on through April.

Pew-Pew Tactical boss Eric Hung told us that firearms are still hot but that the focus has turned to “more oriented home-defense guns like pump action shotguns and cheaper handguns.” And with that, he added, ammunition and sights for those guns are surging.

What’s more, he said that makers of AR-style rifles are sold out. “AR-15s are selling briskly too with some manufacturers completely out of their inventory and only able to sell what they can make in a day,” he told us.

Hung, whose page is a one-stop educational, sales, and review website for weapons and prepping advice, said there has also been a surge in rookie gun buyers looking for self-defense items. “It seems a lot are beginner firearm owners as we see more searches to our intro articles and a 4x increase in our online beginner handgun video course,” said Hung, who has posted a Prepper 101 guide.

Justin Anderson, the marketing director for Hyatt Guns of Charlotte, North Carolina, one of the nation’s biggest, told us, “Most of the customers we’re seeing are new to gun buying. So, if there’s one bright spot during this crisis, it’s seeing people exercising their Second Amendment rights for the first time.”

The proof is in the surge of FBI National Instant Criminal Background Check System, up 80% in March, and even higher in some states.

A new report from the National Shooting Sports Foundation shared with Secrets Tuesday showed that the checks jumped over 200% in Michigan and Alabama, which have eliminated ways to skirt the checks.

Disarming the U.S. | The Navhind Times
93-Year-Old Says Intruder Walked Into ‘A Gunfight with a Pocket Knife’
Gun laws in Massachusetts unchanged follow Supreme Court ruling
How the Senator from Sandy Hook beat the NRA by caving to the GOP
R.I. Senate Majority Leader McCaffrey won’t seek re-election to Senate