Though gun sales skyrocketed last month in the midst of the COVID-19 pandemic, the National Rifle Association’s fortunes appear to be headed in the opposite direction.

Thousands of gun enthusiasts were slated to gather in Nashville for the NRA’s 2020 annual meeting this month, but like nearly every other large gathering planned for the spring it fell victim to the coronavirus isolation orders. That cost the group a valuable fundraising opportunity. The NRA says it led to layoffs.

But the group’s financial woes didn’t start with coronavirus. Major missteps in recent years left it especially vulnerable to the economic crisis.

A year ago, President Donald Trump was at the NRA’s annual meeting in Indianapolis, pumping up the crowd.

“I’m a champion for the Second Amendment and so are you — it’s not going anywhere,” he said to raucous applause.

The convention is a time for camaraderie among gun rights activists from across the county. And it has a more important function, according to Frank Smyth, who just published the book The NRA: The Unauthorized History.

“The convention is a source of millions of dollars in funds,” he said. “It also lays the groundwork for millions more to come to the organization.”

Less than two weeks after canceling the 2020 convention, the NRA said it would be laying people off. Politico reported that at least 60 staffers were let go. But that was just the beginning. Soon after, the NRA furloughed all workers who can’t work because of cancellations, facility closures or other disruptions, according to a memo obtained by Newsweek.

“The combination of having overspent in the past, as well as declining revenues now with the cancellation of their meeting means that they just simply don’t have the revenues and that’s led them to lay off a number of people,” Smyth said.

The group’s financial troubles have fueled many NRA critics. Among them is a seemingly unlikely one in Jeff Knox.

Knox is a prominent member of the NRA. He runs a separate gun rights group called the Firearms Coalition. Knox’s family is also something like NRA royalty. His late father, Neal Knox, led what’s known as the Revolt At Cincinnati in 1977, which remade the NRA into the more absolutist, political, self-defense focused group it is today.

The younger Knox, though, is a harsh critic of NRA spending.

As Knox will tell you himself, his father had a rocky relationship with NRA CEO Wayne LaPierre. LaPierre pushed Neal Knox out of NRA leadership in the late ’90s, when he recruited actor Charlton Heston to run against the elder Knox for NRA president.

“I get accused of sour grapes a lot, grinding this 23-year-old ax of my father’s,” Jeff Knox said. “But that’s not the case at all. I want success for the NRA.”

Knox says the NRA put itself in a precarious financial position long before the pandemic.

“The policies and practices of the NRA, financially, for over 20 years now have been not quite what your accountant would call best practices,” he said. 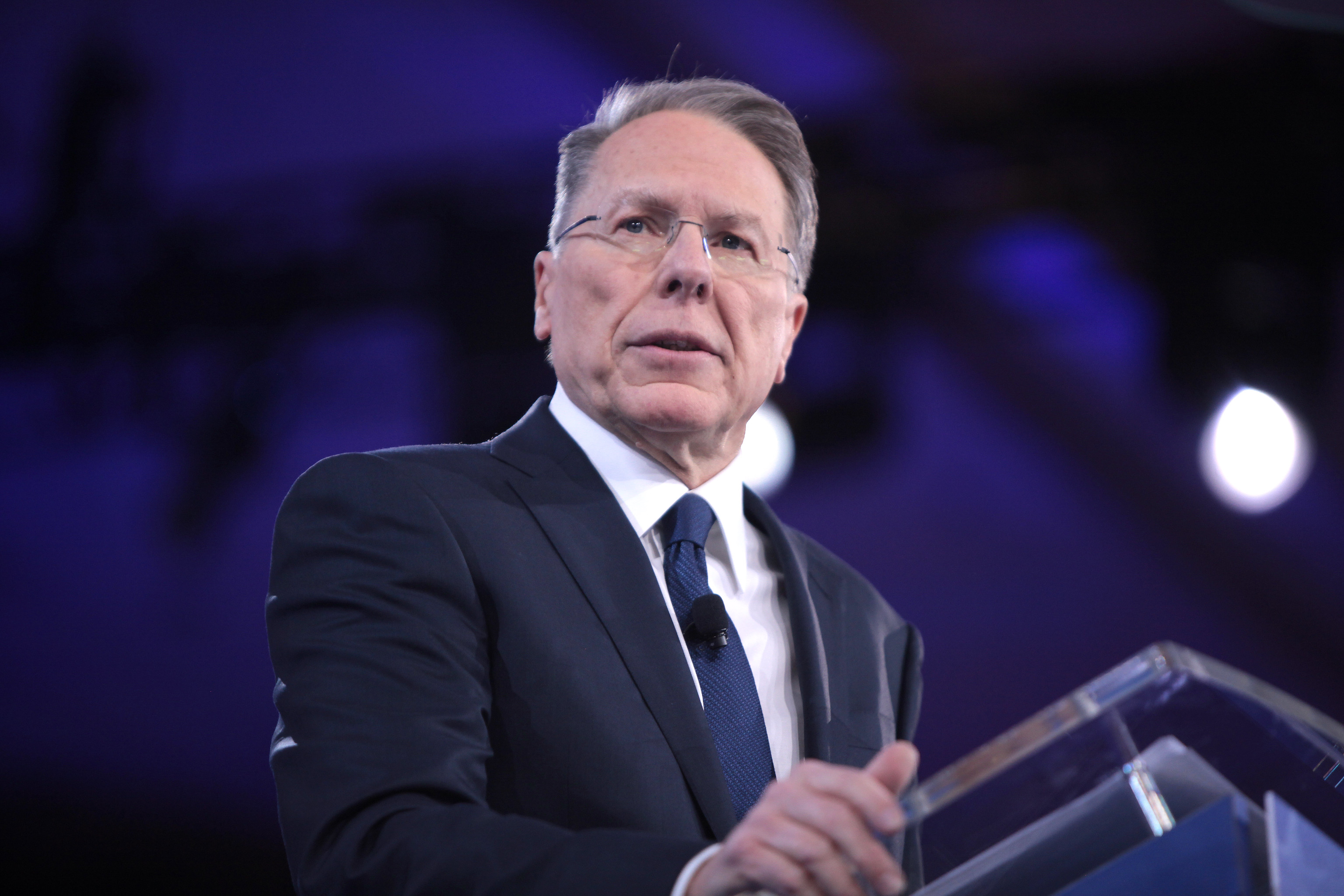 The New Yorker and The Trace had revealed financial excess and potential self-dealing at the NRA. Subsequent reporting revealed LaPierre’s lavish lifestyle. LaPierre, who earns $2 million per year, had six-figure spending sprees on clothing and extravagant travel to Italy, Hungary, and the Bahamas—all as the head of a nonprofit.

The organization also spent millions to start NRATV. Shows sometimes veered into culture war issues that had nothing to do with guns, like athletes kneeling during the national anthem. Last year the NRA folded the network and then sued the advertising company it had hired to create it.

This was all after the millions it spent on the 2016 election that the election of a gun-friendly president in Donald Trump was elected, but also put the group deep in the red.

“I think that Wayne LaPierre has driven the organization’s finances right into the ground,” Knox said. “That all has created something of a perfect storm and put them in a very bad situation.”

According to its latest tax form, even though the NRA brought in more than $300 million in 2017, it ended up nearly $18 million in the hole — well before the pandemic.

That leads Knox to think that COVID-19 both hurt the NRA and gave it a face-saving way to make necessary cuts that had nothing to do with the pandemic.

“I think that it gives them a really good cover for taking more drastic actions, actions that they probably wanted to take,” he said.

The NRA declined a recorded interview and did not answer written questions. Instead, it released a statement saying the organization was responding to impacts from COVID-19 and said, “Our leadership is deeply committed to the long-term viability of the NRA.”

David Yamane, a sociology professor at Wake Forest and author of the blog Gun Culture 2.0, says people like Knox are battling LaPierre loyalists for “the soul of what the NRA is.”

Yamane says the spending scandals hit the NRA at exactly the wrong time ahead of the pandemic.

“People who were very large supporters of the NRA, large scale donors said, ‘Until the NRA gets its house in order, we are no longer going to be writing checks,’” he said.

Still, many NRA watchers, like Yamane, think the organization will emerge from this — perhaps weakened, but still with considerable influence.

“I fully believe that the NRA will come out of this as a viable organization,” he said.

UCLA professor Adam Winkler, author of Gunfight: The Battle Over The Right To Bear Arms In America, agrees.

“The NRA will continue to be influential despite the financial difficulties, because they have a lot of single-issue pro-gun voters that are going to follow the NRA endorsements and recommendations, no matter what the financial status of the organization is,” he said.

Knox, the gun rights advocate, isn’t so sure.

In part, that’s because one other thing is hanging over the NRA: an investigation by New York Attorney General Letitia James. She is looking into the group’s spending, raising the specter of criminal charges. And she has been investigating the highest rungs of NRA leadership. Karl Racine, attorney general for the District of Columbia, is pursuing a similar inquiry.

Despite that, Knox thinks LaPierre has enough loyalists around him to protect his job. But he also thinks James, who once called the NRA a “terrorist organization,” will release her findings when it can do maximum damage.

“I don’t see (LaPierre) falling until Letitia James and the (attorney general) of D.C. bring their investigations to some sort of conclusion,” he said. “At which point I think that the entire organization is at risk of collapsing.”

Editor’s note: A previous version of this story misstated the name of the organization the Firearms Coalition.

READER’S EDITORIAL: THE GOP AND GUNS
Liberals’ mandatory gun buyback is another boondoggle to come
Biden Targets Anyone Who Has Ever Bought a Semiautomatic Weapon: ‘No Social Redeeming Value’
Loving guns, hating the government
ILA | Hawaii: Honolulu Seeks to Severely Restrict Carry