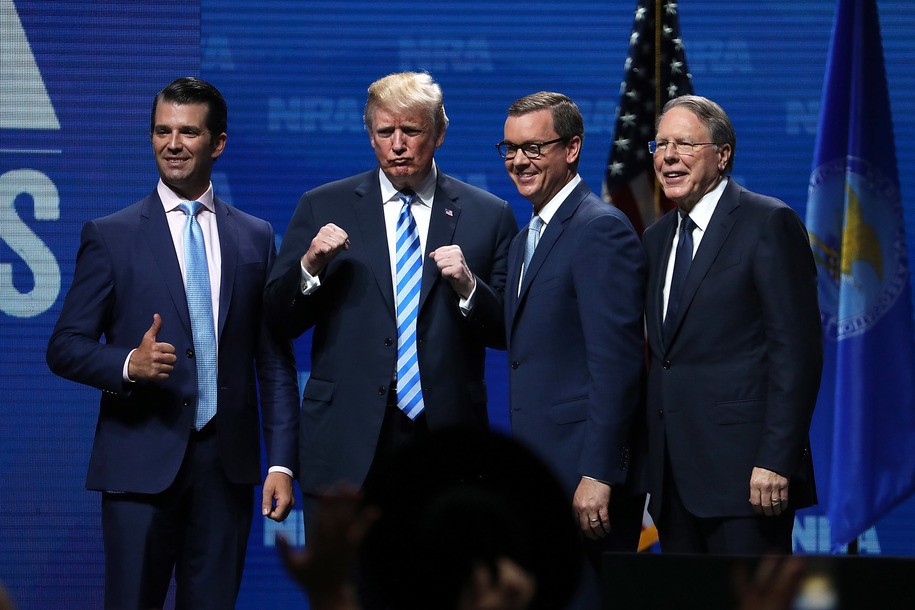 Considering that the NRA has bought and paid for control of the U.S. Senate, virtually all of the House GOP, the executive branch of the government, and as a result the U.S. attorney general’s office, it’s hard to not roll one’s eyes out of one’s head at the idea of the liberal “weaponized government” LaPierre is whining about. LaPierre seems to have forgotten to mention that a lot of the legal issues the NRA has faced this past year seem to be directly related to his opulent spending habits as the top dog of the nonprofit organization. I mean, spending almost half a million dollars on luxury travel and fancy suits is a lot for one man to spend.

The good news is that according to NPR, LaPierre told the board of directors at this January meeting that the NRA would need to make $80 million in cuts to keep the organization from going bankrupt. This corroborates recent reports that the NRA was quietly shedding dozens of jobs over the past few weeks, and continues a trend of budget tightening on the company’s peons that began a while ago.

The lack of easily generated Second Amendment paranoia and fear for the gun industry under Trump has hurt the NRA. But the real story is that the NRA is a seemingly corrupt, single-product institution that has done very little to promote a firearms culture that the majority of Americans want to support.