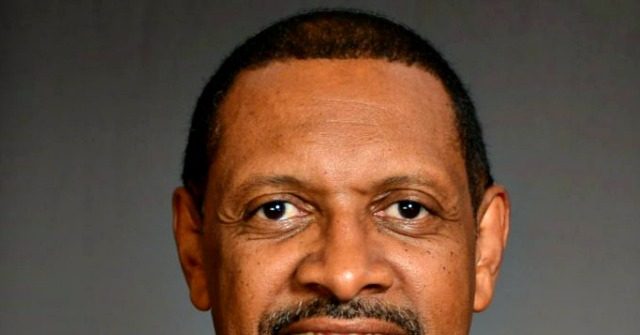 A Georgia lawmaker is resigning his seat and abandoning plans for reelection after coming under pressure from fellow Democrats for endorsing President Donald Trump.

State Rep. Vernon Jones, who made headlines last week for bucking his party and backing Trump, announced on Wednesday he would neither seek reelection to the Georgia legislature this year nor serve out the remainder of his term. In a statement announcing his resignation, Jones said the decision resulted because of pressure and attacks he and his family were receiving since backing Trump.

“I’m sick and tired of me and my family being attacked and harassed by the Democrat Party for putting my country before my party,” the departing lawmaker said. “I take pride in being an independent thinker.”

Jones went on to deliver a blistering rebuke of his party, which he claimed shows “bigotry against Black people that are independent and conservative.”

Although leaving elective office, Jones is promising to remain “woke and vigilant,” especially when it comes to “educating and fighting for my people.”

The resignation comes as Georgia Democrats were intensifying their efforts to punish him for backing Trump. Just hours after Jones issued his endorsement, Democrat leaders within the state legislature announced they would support his primary challenger.

That move was followed up with renewed interest by Democrat power brokers in an ethics complaint filed against Jones earlier this year alleging that he did not actually live in his legislative district.

It is unclear if either of those maneuvers would have worked. In 2016, Jones handily won the primary for his heavily Democrat state House seat despite being backed by the National Rifle Association and openly discussing his prior votes for President George W. Bush. Since entering office, Jones has continued brandishing his bipartisan credentials by working with Republicans to curb illegal immigration.

All of those issued had long chafed Jones’s fellow Democrats. The tensions were evident last week by the departing lawmaker’s endorsement of Trump.

“The left hates me because they can’t control me,” Jones said on Wednesday. “They can stay mad.”