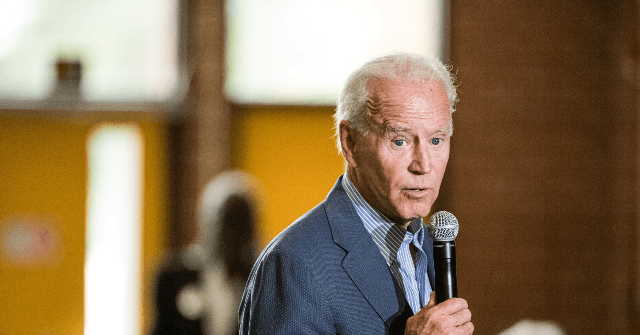 The NRA trolled Democrat presidential hopeful Joe Biden Monday with a tweet urging him to keep talking because his botched facts “make more people buy guns” and drive more people to join the NRA itself.

Every time you push for gun control and botch every fact about guns, you make more people buy guns and join the @NRA. Keep it up.

On November 10, 2019, Breitbart News reported Biden telling a Concord, New Hampshire, audience that no one needs a magazine that holds “100 clips.” CSPAN published a video of the speech in which Biden said, “I believe in the Second Amendment, but nobody says you can have a magazine with 100 clips in it.” He recognized his error and quickly added, “100 bullets in it.” But during the second week of February 2020, Breitbart News reported that Biden told voters in Hudson, New Hampshire, that it is “rational” to prohibit “50 clips in a weapon.”

And on February 24, 2020, Breitbart News reported a South Carolina speech in which Biden referenced gun manufacturers and said, “I’m going to take you down.”

On February 26, 2020, Breitbart News reported Biden telling CNN town hall attendees that “no amendment is absolute,” and then going on to suggest limits on the Second Amendment. He said, “From the very beginning, the Founder[s] said, ‘Not everyone is able to have a gun and you can’t have any weapon you want.’”

AWR Hawkins is an award-winning Second Amendment columnist for Breitbart News and the writer/curator of Down Range with AWR Hawkins, a weekly newsletter focused on all things Second Amendment. He is the political analyst for Armed American Radio. Follow him on Twitter: @AWRHawkins. Reach him directly at awrhawkins@breitbart.com. Sign up to get Down Range at breitbart.com/downrange.