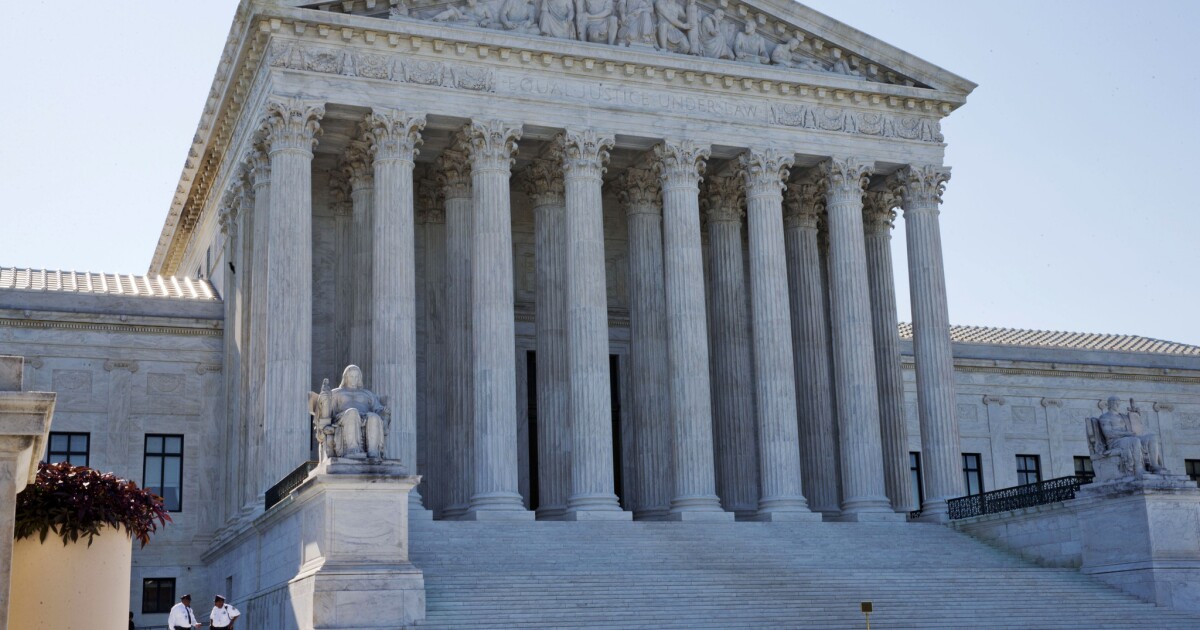 A 2nd Amendment challenge to a New York City gun ordinance fizzled in the Supreme Court on Monday, but conservative justices looked poised to expand gun rights in future cases.

In a brief unsigned opinion, the high court said the New York case was moot because the city had repealed an ordinance that barred licensed gun owners from carrying their weapons across town or outside the city. Their permits allowed them to have a gun at home, but not to travel with it.

It’s only the latest disappointment for 2nd Amendment advocates. For a decade, they have tried and failed to get the Supreme Court to rule squarely on whether gun owners have a constitutional right to carry a firearm with them in public.

Monday’s decision revealed that at least four justices are ready to rule for expanded gun rights. Justices Clarence Thomas and Neil M. Gorsuch joined a 31-page dissent written by Justice Samuel A. Alito Jr. “This is not moot. The city violated petitioners’ 2nd Amendment right, and we should so hold,” Alito wrote in New York State Rifle & Pistol Assn. vs City of New York.

Kavanaugh wrote a short concurring opinion to say that while he agreed with the majority that the case was moot, he also agreed with the conservatives on the need to clarify and expand gun rights.

“I share Justice Alito’s concern that some federal and state courts may not be properly applying Heller and McDonald,” he said, referring to the rulings in 2008 and 2010 that struck down city bans on private hand guns in Washington D. C. and Chicago. “The court should address that issue soon, perhaps in one of the several 2nd Amendment cases with petitions for certiorari now pending before the court,” he said. As an appeals court judge, Kavanaugh wrote a dissent arguing that Washington’s ban on semi-automatic rifles violated the 2nd Amendment.

That leaves Chief Justice John G. Roberts Jr. holding the deciding vote in future gun cases. He joined the 5-4 rulings that held residents had a right to have a gun at home for self-defense. But since then, the court has repeatedly refused to go further and rule on whether the 2nd Amendment protects a right to carry a gun in public or to own a semiautomatic weapon.

The chief justice is inclined to avoid rulings on major issues if the court is not required to intervene, and he apparently saw no need to decide a far-reaching constitutional question challenging an ordinance that been repealed.

New York, California and other liberal states continue to enforce restrictions on who can carry guns in public and under what circumstances. And the justices have repeatedly refused to strike down those laws.

Gun control advocates were relieved by the outcome.

Hannah Shearer, litigation director for the Giffords Law Center to Prevent Gun Violence, said the decision to “dismiss the case as moot is a victory for the rule of law and common-sense, constitutional gun safety laws. [It] rejects the NRA’s invitation to use a moot case to enact its extreme agenda aimed at gutting gun safety laws supported by a majority of Americans.”

Ilya Shapiro, a lawyer for the libertarian Cato Institute, faulted the court for not issuing a decision. “I agree with the dissenters’ lament that the city of New York has effectively hoodwinked the Supreme Court. After the Court abdicated its duty to explain the scope of the 2nd Amendment for over a decade — allowing judicial resistance to the enforcement of 2nd Amendment rights to build — it has now told states and cities that opportunistic lawyering can allow that constitutional disobedience to continue,” he said. “And we see yet again that Justice Kavanaugh, while probably solid on the merits, is quite cagey on procedural and docket questions, going along with chief justice’s project to kick as many cans down the road as possible.”

The justices sent the New York case back to lower courts to decide whether the gun owners who brought suit may seek damages for the time when they were denied the right to travel with their firearms.