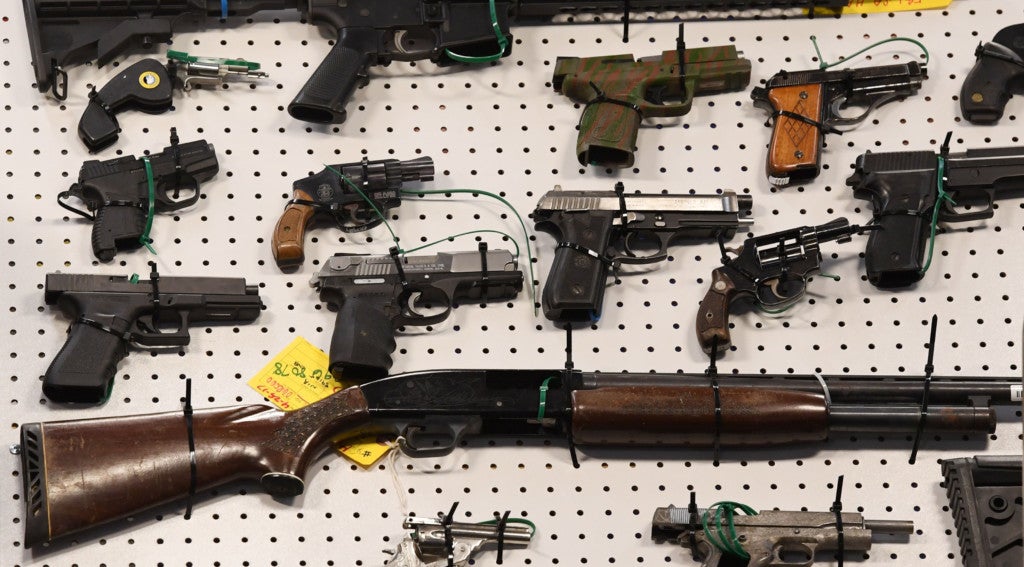 (CNN) — The FBI conducted nearly 3 million background checks associated with the sale, transfer or permitting of firearms in April, making it the fourth highest month for background checks since the bureau began keeping statistics in 1998, according to new data released by the agency.

Figures from April were down from the record-shattering spike of 3.7 million FBI background checks in March 2020, but still higher than checks done in the first two months of the year.

The states with the highest number of background checks conducted were Illinois, Kentucky, Texas, Florida and California.

Under US law, federally licensed gun dealers must run checks on every buyer, whether a purchase is made in a store or at a gun show. A buyer presents his or her identification to the seller, fills out a form from the US Bureau of Alcohol, Tobacco, Firearms, and Explosives (ATF), which lists the buyer’s age, address, race, and any criminal history and then the seller submits the information to the FBI for checks against databases in order to ensure a criminal record does not preclude the purchase.

The surge in firearm background checks since the beginning of the year largely coincides with the deadly coronavirus pandemic, which has resulted in hundreds of thousands of deaths worldwide and various stay-at-home orders issued by federal, state and municipal governments.

Following the record-setting figures in March, an official from the National Rifle Association — one of the nation’s largest gun-rights organizations — told CNN concerns about personal safety during the coronavirus pandemic are likely key drivers in the surge of FBI background checks.

“Firearm sales go up in times of uncertainty because Americans know their safety is ultimately in their own hands,” said NRA spokesperson Amy Hunter in a statement to CNN.

She added, “Headlines remind us about prisoners being furloughed, first responders being told to selectively enforce laws or being minutes away when seconds count. Now, more than ever, it’s important that families have the ability and the tools they need to feel safe and able to defend themselves.”

Those in favor of gun control disagree.

“It is understandable that many Americans are fearful and seeking security in the time of the Covid pandemic,” said Kris Brown, president of Brady, an organization that advocates for gun violence prevention. “However, we know that the rhetoric put forth by the NRA and the gun industry, that the purchase of a gun is a risk-free means to secure safety, is untrue and leads to tragic results every single day.”

Another group with the goal of working towards fewer guns in the United States says the new FBI data is especially stark when one focuses on comparative monthly figures associated with the actual new sale of guns through federal firearms licensees and government agencies.

Volsky said firearm purchases tend to be seasonal in nature, making year-to-year comparisons most useful in determining whether gun sale surges are outside the norm. His organization, which tracks trends in gun background checks and purchases, also says they are alarmed by President Donald Trump’s stoking of fear during the coronavirus outbreak.

“This administration has repeatedly worked to expand access to guns during a national pandemic and has encouraged folks to take up arms and intimidate their governors into reopening the government,” Volsky said.

Following a protest at the Michigan Capitol last week against government stay-at-home orders, Trump took to Twitter to side with the demonstrators, some of whom were armed.

“The Governor of Michigan should give a little, and put out the fire,” Trump wrote. “These are very good people, but they are angry. They want their lives back again, safely! See them, talk to them, make a deal.”

Asked about the President’s backing of the protesters and images showing demonstrators squaring off with law enforcement, White House press secretary Kaleigh McEnany said Trump was generally supporting the First Amendment right to protest, and believes protesters must follow the law.