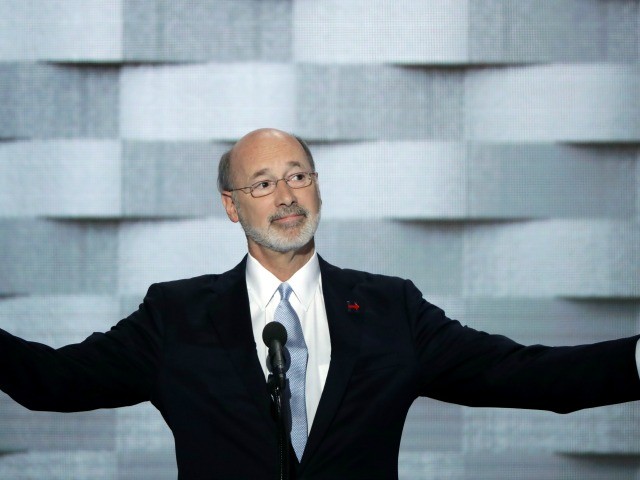 Coronavirus shutdowns around the country have succeeded in showing that numerous Democrat governors do not view the Second Amendment as essential.

Shutdown orders all contain a list of businesses that are listed as “essential,” and therefore exempt from closure. But the Democrat governors of California, New Jersey, New Mexico, Pennsylvania, and New York, did not list gun stores as essential.

New Jersey Gov. Phil Murphy (D) reopened gun stores on March 30, two days after the Trump administration’s March 28 announcement listing them as “essential.” But Breitbart News reported that prior to ceding to the Trump administration’s pro-Second Amendment announcement, Murphy laughed in a citizen’s face when the citizen expressed concern over not being to purchase guns for self-defense.

Meanwhile, a gun store that is over a century old is closing up shop for good in New York. The owner said they cannot pay rent without customers, and they cannot have customers when they are shut down by Gov. Andrew Cuomo’s (D) order.

In New Mexico, Gov. Michelle Lujan-Grisham (D) deflected from her refusal to count gun stores as “essential” by suggesting New Mexicans could just buy guns online if they needed them. The NRA was quick to note that other gun controls signed by Lujan-Grisham mean New Mexicans cannot buy a gun from any source if their local stores are closed.

The story is the same story in California, where Gov. Gavin Newsom (D) did not list gun stores as “essential.” The Mercury News reported that Newsom took a slightly different approach than his Democrat colleagues in other states, insomuch as he left the decision to open or close gun stores to the various sheriffs in counties around the state.

Therefore, while he did not mandate closure, he simultaneously did not label gun stores “essential.”

Illinois Gov. J.B. Pritzker (D) emerged as an exception to the Democrat view of gun stores as non-essential. On March 21, 2020, Breitbart News reported that his shutdown order listed gun stores as “essential.”