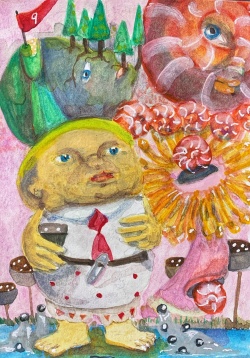 Our response to George Floyd’s death and Trump’s Insurrection Act threats can’t be predicated by where our grandparents sat on the bus. In 2020, all of us are charged by Franklin’s gauntlet: a Republic if you can keep it.


Seeing our Land of the Free through inflamed cities, lack of ICU beds, the mockery of Trickle Down economics, owner class gluttony, and a Republican Party and President consistently making America worse for those they’ve rarely seen or heard: Native-Americans, women, LGBTQ and low-wage earners – until George Floyd’s murder.

Whether peaceful demonstrations or violent protestations, COVID-19’s 1,770,384 American cases and over 105,000 deaths cannot be deleted from our hearts and minds. It can’t make us immune to an inept, too slow to act Executive Branch, nor blind us to, governmental support delayed is medical supplies denied – because Congressional NRA gun violence protection, Environmentalists only fining Methane Gas toxic emitting pipeline companies and Fraternity of Police clubbing with the blue, no matter what they do.

Conservative Republican disciples worshiping at the unpresidential altar of one who refused to serve in uniform, betrayed his country to a foreign power now attempting a rerun of Andrew Jackson on steroids, caging asylum seekers, flirting with John Adams’ Sedition Act, and believing states under his personal authority, declaring governors weak for not being made in his on egregious image.

So, the choice is ours: respond like Eleanor Roosevelt and Marion Anderson, Dr. Martin Luther King Jr for, all of God’s Children and Senator Robert F. Kennedy with America’s Farm Labor Movement or, be gangbangers hanging Kentucky Gov. Andy Beshear in effigy.

We can settle for governors, senators and a president to whom we are invisible, or we can vote them out, even if by mail.

Whether radical Left or Right, without a multi-color center secured by, United We Stand, extremes and extremists will evaporate the us in USA.

We must test, trace and treat not only COVID-19, but the conveniently warped interpretation of, the poor you will always have with you, and the root of evil that presses its knee on the neck of those left behind when our nation was born with a preexisting condition: slavery.

We can assume African Americans will return home, and accept our complacency until the next, I can’t breathe, or we can accept the opportunity to stand together for what we’re for, instead of continually fighting amongst ourselves over what we’re against.

COVID-19 and violence against each other automatically seize upon the path of least resistance, just as white-collar criminals – whether at the seat of government or power puppeteers in private enterprise – attack what’s most vulnerable: our right of the people peaceably to assemble, and to petition the government for a redress of grievances.

The most resistant to COVID-19 truth are those who choose to ignore the common sense of scientific fact – endangering themselves and all with whom they have direct or indirect contact. The most vulnerable are wage earners who cannot afford to stay safe at home, nor desert those of us for whom working at home is an easy choice.

What are we doing to the least among us, those most ignored by our government, banking Corporatism and ourselves: the unemployed, underemployed, uninsured, underinsured, veterans, the elderly and our children – we, the empowered by, Free Will, to either be a Trump/McConnell pawn or a thinking decent human being to all?

We can yield to Conservative Republican Fascism, or be Good Stewards, Good Samaritans and good neighbors.

2020 is our wakeup call: Vengeful leaders and phony patriots incite our violence against each other to distract from an indiscriminate COVID-19, to maintain control of the pigmentation battlefield.

Like COVID-19, the response to the murder of George Floyd recognizes no city limits, nor state borders and in the wake of George Floyd’s death, protestors have taken our grievances to the very gates of a hellish administration cowering behind violence inciting Tweets, in its occupation of our 1600 Pennsylvania Ave.