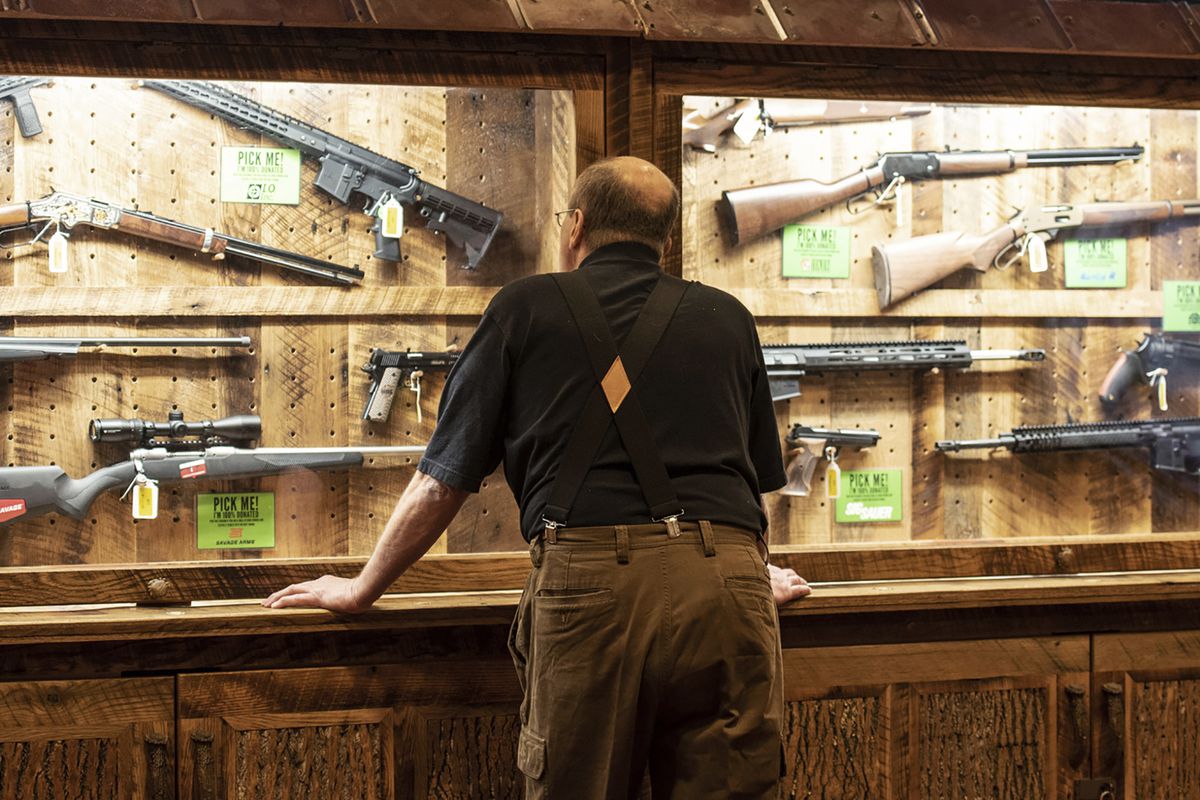 Frank Smyth is an award-winning investigative journalist and the author of “The NRA: The Unauthorized History.”

Never is the Second Amendment more important than during public unrest,” a National Rifle Association video claimed in March. Rhetoric about owning, wielding and using guns has grown especially heated in recent weeks. In response to protests against police brutality, President Donald Trump tweeted, “when the looting starts, the shooting starts,”echoing a Miami police chief from the 1960s – and an NRA article published after the Los Angeles riots in 1992. “You loot – we shoot,” wrote Marion Hammer, the organization’s first female president. Meanwhile, armed protests of state health measures, such as those that shut down the Michigan Legislature last month, seem rooted in an ideology promoted by the modern NRA: that only firearms in civilian hands can safeguard the nation from government overreach. Here are five myths about the group’s mission and history – some told by critics, others told by the NRA itself.

Myth No. 1: The early NRA was involved with the Ku Klux Klan.

Michael Moore, in his 2002 documentary “Bowling for Columbine,” insinuated that the NRA and the KKK were linked, because they were formed six years apart. The New Republic drew a similar connection in a 2013 article on the history of gun control. In a recent review of my book (which reported no ties between the organizations), the New York Times wrote that the NRA “came to the rescue of Southern members of the K.K.K.,” before issuing a correction.

Documents from the era, including an exhaustive tome by NRA co-founder William Conant Church, show that this isn’t true. The early NRA, founded at the peak of Reconstruction in 1871, never went much farther than its shooting range outside Manhattan, and played no role in the South during Reconstruction or for years thereafter. Church and other early NRA leaders, nearly all of whom were veteran Union officers, unequivocally supported President Ulysses S. Grant’s efforts to crush the Klan.

But, contrary to claims by NRA board director Allen West, has said that the group “stood with freed slaves to make sure they had their Second Amendment rights,” the organization didn’t play a major role in opposing white supremacists, either. The NRA was so provincial at the time that, in 1877, Church had to remind the board that New York City and its environs “are only a part of the great rifle movement in America.”

Myth No. 2: The NRA originated as a champion of gun rights.

The group calls itself “America’s longest-standing civil rights organization,” a claim constantly repeated by its leaders and lawyers, and by media outlets including NPR.

But the NRA did not raise gun rights at all over the first half-century of its existence. It focused instead on improving marksmanship in anticipation of future wars. In 1922, an editorial in the NRA’s first official journal flagged gun rights as an area of concern for the first time, citing both a 1911 New York law and Russia’s recent outlawing of civilian ownership of guns. The Second Amendment came up only as the Cold War set in: The NRA first asserted what it called “the Second Article of the Bill of Rights,” along with the “the right of the people to keep and bear arms,” in a 1952 American Rifleman editorial.

In 1977, the NRA finally embraced gun rights as its “unyielding” aim, in the words of its leader Harlon B. Carter. At that year’s national convention, Carter, a former Border Patrol chief, led the “Cincinnati Revolt,” an internal rebellion that transformed the NRA into the nation’s largest gun rights organization.

“When Black Folks Armed Themselves The NRA And Republicans Suddenly Supported Gun Control,” read a headline on NewsOne. “Back in the 1960s, even the NRA supported gun control” when it came to disarming the Black Panthers, says the History Channel. Indeed, in 1967, mere months after a group of Black Panthers entered the California State Capitol with long guns and holstered sidearms, Gov. Ronald Reagan signed a law banning the open carry of firearms. The NRA helped write that legislation and monitored its passage in American Rifleman without comment; race no doubt influenced the bill.

But this event was not a turning point for the NRA. By the 1960s, it had disavowed the “private armies” of white supremacists that arose during the civil rights era, and it broadly supported greater regulation of firearms, such as those tied to recent political assassinations. “The NRA does not advocate an ‘ostrich’ attitude toward firearms legislation,” said its chief executive, Franklin L. Orth, three weeks before the Black Panthers protested at the California capitol. “We recognize that the dynamism and complexities of modern society create new problems which demand new solutions.” The following year, the NRA supported a federal law banning, among other things, mail-order guns, adding to a 1934 NRA-backed law sharply restricting “machine guns.”

Myth No. 4: The NRA is just an extension of the gun industry.

People often declare that the group is a mere “front for gun makers,” as one HuffPost article put it. It’s true that the NRA was born at the gun industry’s hip: All seven editions of the “Manual for Rifle Practice,” by co-founder George Wood Wingate, were packed with firearms ads. Today, large donations from gun manufacturers make up a substantial portion of the NRA’s revenue, as membership dues have declined.

But the NRA has still operated relatively autonomously over the past 149 years. In 1937, its leadership even labeled a new, powerful Magnum revolver by Smith & Wesson a ” ‘freak’ class of weapon” that should be restricted to police.

More important, the modern NRA is a political force in its own right, commanding outsize influence that can’t fully be explained by the deep pockets of the companies that fund it. Since 1977, when the group started to back the notion that civilians are entitled to nearly the same level of firepower as police, it has helped to roll back federal gun laws it once supported and to block almost all new federal regulations, whileworking to expand concealed-carry laws in most states.

Though money is important to its operations, “the real source of its power, I believe, comes from voters,” law professor Adam Winkler told the Guardian. In recent elections, especially primary contests, the NRA has mobilized voters at every level, attacking opponents and rewarding “pro-gun” candidates. That electoral following helped Chief Executive Wayne LaPierre persuade President Trump last summer to reverse himself on expanding background checks.

Myth No. 5: The NRA isn’t threatened by its current troubles.

The NRA is in turmoil. A 2019 tax investigation by the New York attorney general prompted a billing dispute between the group and the advertising firm Ackerman McQueen, its chief vendor and longtime communications partner. What ensued was a crossfire of charges of financial improprieties, pitching LaPierre against the group’s president, Oliver North, who eventually stepped down. Its top lobbyist was forced out. Several board members resigned. Still, members insist that the organization’s leadership remains strong. “It’s going to take a big revolt to get them out of power,”John Crump, an NRA member and firearms instructor, told the Chicago Tribune. The NRA has endured “these sorts of internal discussions, debates, and changes without losing a step,”board director J. Kenneth Blackwell said in the Washington Times.

The NRA also faces significant financial issues. Already in debt from the more than $30 million it spent on Trump and other candidates in 2016, its recent legal troubles have cost an additional $100 million, according to secret recordings obtained by NPR this year. “To survive,” LaPierre said, he took the group “down to the studs,” laying off dozens of people and cutting the pay of others. Meanwhile, the New York authorities continue to investigate whether the NRA illegally diverted funds from its tax-exempt foundation, threatening the organization’s nonprofit status. This combination of internal and external pressures presents LaPierre with the biggest crisis of his career – and the NRA as a whole with its worst crisis since the Cincinnati Revolt.