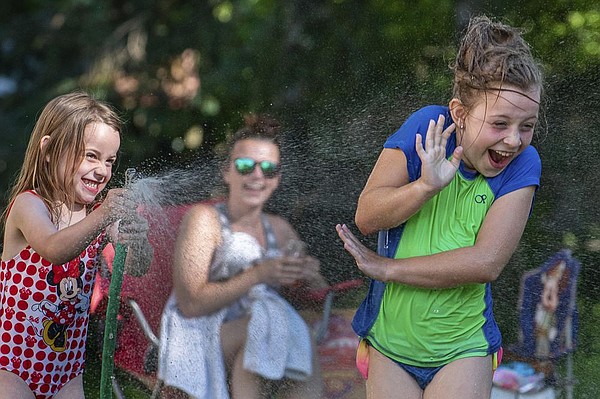 The committee “did not find evidence that your actions violated federal law, Senate rules, or standards of contact,” wrote Deborah Sue Mayer, the committee’s chief counsel. “Accordingly, consistent with its precedent, the committee has dismissed this matter.”

The dismissal of the complaints, filed by Common Cause and Citizens for Responsibility and Ethics in Washington, comes weeks after the Department of Justice closed an investigation into Loeffler’s stock transactions, leading her supporters to declare “vindication.”

Financial disclosures showed that Loeffler or her husband, Jeff Sprecher, sold between $1.3 million and $3.1 million in stocks from Jan. 24-Feb. 14, and purchased up to $250,000 in stocks for Citrix, which provides work-from-home software, and Oracle, the computer technology firm.

The newly appointed Republican’s portfolio came under scrutiny when a large number of stocks that she or her husband owned were sold off shortly after she attended a senators-only briefing on Jan. 24 on the coronavirus.

FLAGSTAFF, Ariz. — The U.S. Treasury Department must release $679 million in coronavirus relief funding for tribes that it intended to withhold while a court challenge over the agency’s initial round of payments to tribal governments played out in court, a federal judge ruled.

U.S. District Judge Amit Mehta in Washington, D.C., said in a ruling issued late Monday that the agency doesn’t have discretion to withhold the money that is part of a federal relief package that included $8 billion for tribes. He ordered the Treasury Department to disburse it among tribal governments by today.

The relief package was approved in late March with a deadline for the funding to be distributed to tribes by April 26.

The payments were delayed as the Treasury Department grappled with methodology. It decided to use federal tribal population data for the initial $4.8 billion distribution to 574 federally recognized tribes in early May. Much of the remaining $3.2 billion based on tribes’ employment and expenditure data went out Friday, the department said.

Mehta allowed the department to withhold $7.65 million that the Prairie Band Potawatomi Nation of Kansas tribe alleges it was shortchanged in the initial distribution of funding.

BATON ROUGE– Louisiana municipalities will be barred from enacting most gun restrictions beyond those in state law, under legislation signed by Gov. John Bel Edwards.

Miguez’s legislation, pushed by the National Rifle Association, will prohibit local governments from banning guns in businesses and most public buildings through ordinances that are tougher than statewide restrictions — and nullify those already enacted.

It doesn’t apply to the meeting places of local governing authorities, however, which can still carry stronger restrictions.

Edwards also signed a bill by Republican Rep. Bryan Fontenot to make it easier to carry a concealed handgun in church.

The elections bureau, however, estimated that only about 333,000 of the signatures were valid and that the effort was 7,276 signatures short. A 500-signature sample had duplicates, signers with invalid voter registration statuses and other errors.

The bureau recommended that the bipartisan Board of State Canvassers — split between two Democrats and two Republicans — deny certification when it meets Thursday.

Right to Life of Michigan, the main organizer of the initiated bill, wants to ban dilation and evacuation — which it refers to as “dismemberment.” Abortion-rights advocates say the procedure is safe and physicians should not face prosecution for using it.