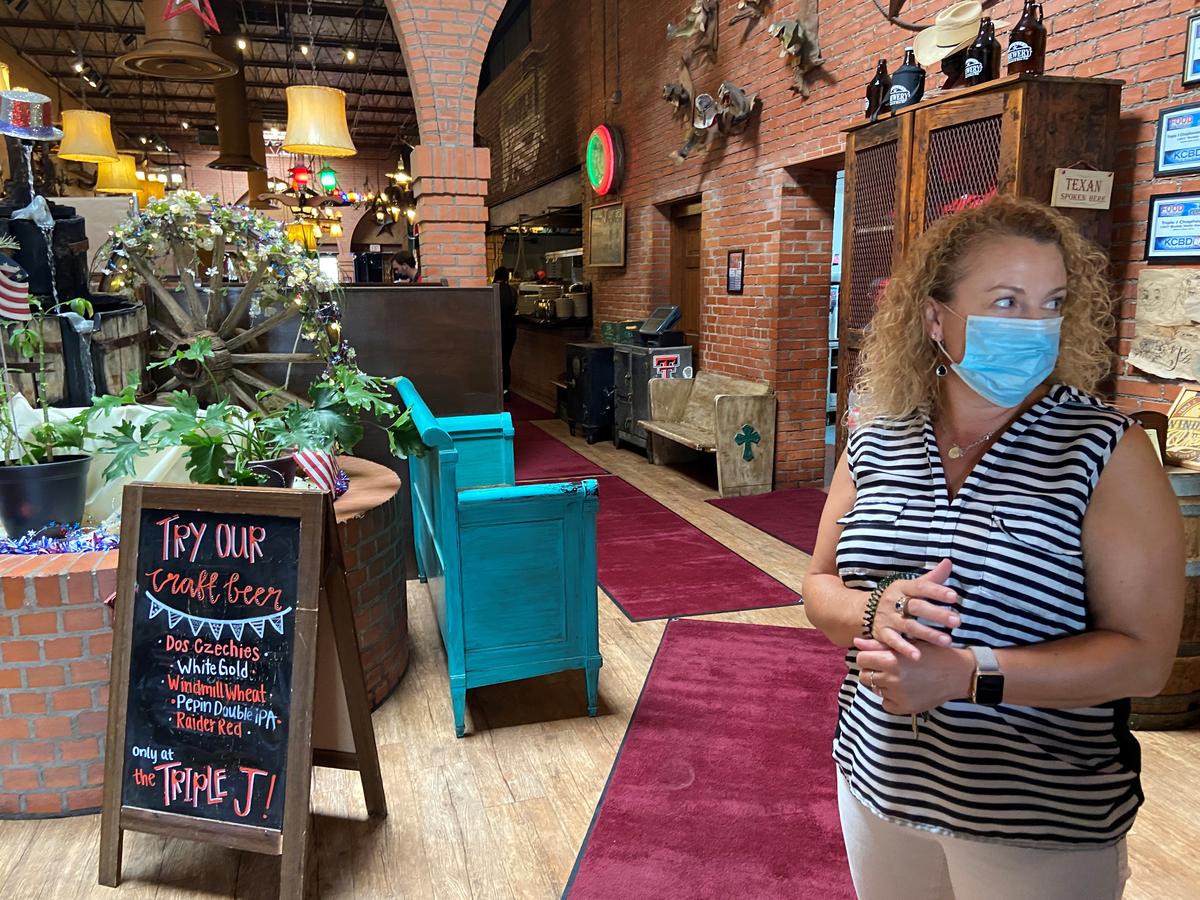 LUBBOCK, Texas (Reuters) – The United States recorded 45,242 new cases of COVID-19 on Friday, the largest single-day increase of the pandemic, according to a Reuters tally, bringing the total number of Americans who have tested positive to at least 2.48 million.

The new record for positive COVID-19 tests comes as several states at the center of a new surge in infections took steps back from efforts to ease restrictions on businesses. COVID-19 is the respiratory illness caused by the coronavirus.

Abbot’s announcement stunned Texas bar owners, who said the governor, a Republican in his second term, had given them little notice. Mark Martinez, owner of a Lubbock beer garden, learned only when friends texted him the news at around 8 a.m.

“I spent thousands of dollars in inventory getting ready for this weekend. I could have really used that (money) for my rent, which is due next week,” said Martinez, 44.

“We were just getting to where we could pay the bills,” said Tish Keller, owner of the Triple J Chophouse and Brew Co. in downtown Lubbock. “Taking us back down to 50% capacity means we won’t have enough business to pay staff, let alone the bills.”

Keller said she didn’t know how long she could stay open and dreaded trying to save her business from ruin twice in one year.

Florida issued its new rules after recording a startling 8,942 new cases of COVID-19, eclipsing the state’s one-day record of 5,511 reached on June 24.

California Governor Gavin Newsom said Friday that Imperial County, southeast of Los Angeles, has become so overwhelmed by the virus that he was recommending it issue a strict new stay-at-home order.

Imperial County health officials later tweeted that its stay-at-home order imposed in March remained in place. The county board of supervisors scheduled a meeting for Friday night to consider further action.

Newsom has paused allowing counties to further reopen their economies in response to rising COVID-19 hospitalizations.

In Alaska, Anchorage Mayor Ethan Berkowitz issued an emergency order requiring residents to wear masks in public, indoor spaces after the state identified 836 cases as of Friday, 387 of them in his city.

Texas had been at the forefront of states peeling away restrictions designed to control the pandemic, allowing bars to reopen in May.

It has since witnessed some of the biggest spikes in new cases, reporting 5,996 on Thursday. The state has also seen record numbers of hospitalizations in the last two weeks.

Almost 125,000 Americans have died of COVID-19, the highest known death toll from the highly infections disease in the world.

Despite the grim news from Texas, Florida and elsewhere, President Donald Trump said on Friday the United States was coming back from the crisis, which has halted large parts of the economy and left millions jobless.

Liberals’ mandatory gun buyback is another boondoggle to come
Inside Far-Right’s Fight for College Campuses – Rolling Stone
READER’S EDITORIAL: THE GOP AND GUNS
10-Round Magazine Is More Than Enough
Biden and Democrats use ‘assault weapons ban’ to position for 2024