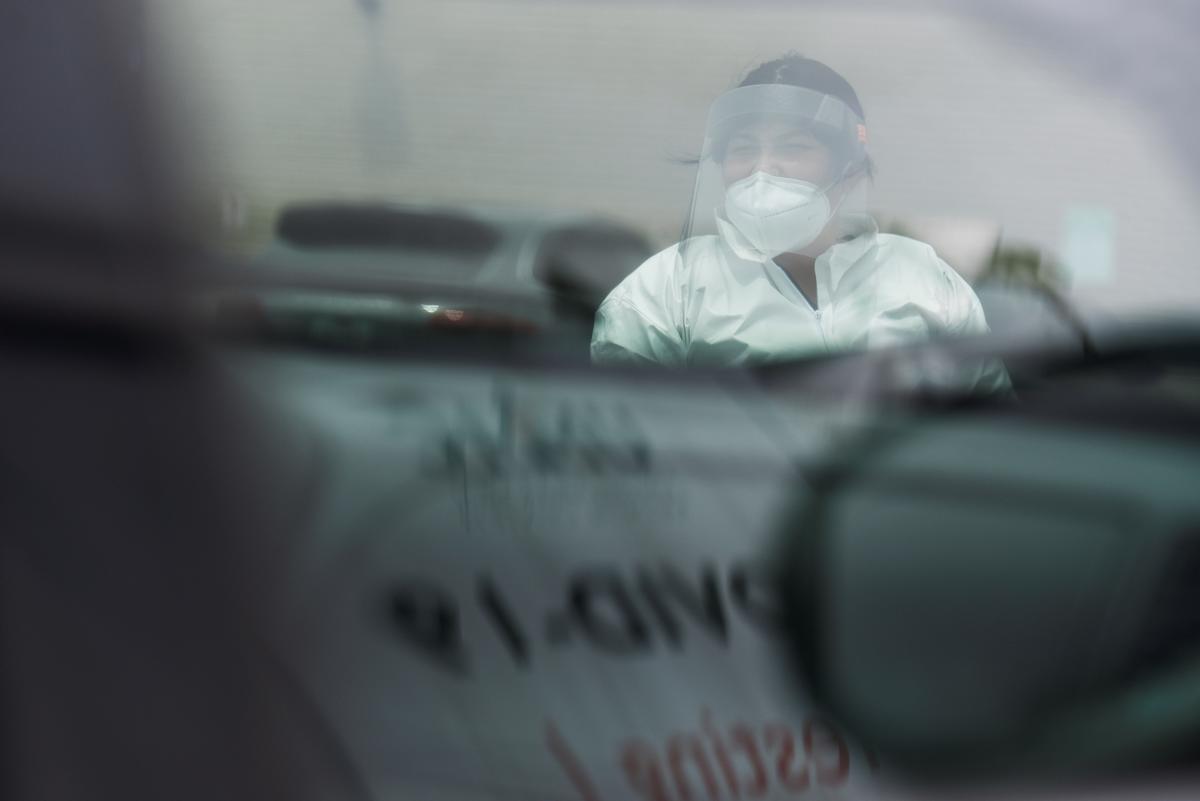 LUBBOCK, Texas (Reuters) – The governor of Texas temporarily halted the state’s reopening on Thursday as COVID-19 infections and hospitalizations surged in the state and new daily cases around the country climbed to a near-record high.

Texas, which has been at the forefront of efforts to reopen devastated economies shut down in the face of the coronavirus pandemic, has seen one of the biggest jumps in new cases, reporting over 6,000 in a single day on Monday.

“This temporary pause will help our state corral the spread until we can safely enter the next phase of opening our state for business,” Governor Greg Abbott, a two-term Republican, said in a statement.

Texas has also set record hospitalizations for 13 days in a row. Abbott has suspended elective surgeries in the Houston, Dallas, Austin and San Antonio areas to free up hospital bed space.

Texas’ rising numbers are part of a nationwide resurgence in states that were spared the brunt of the initial outbreak or moved early to lift restrictions on residents and businesses.

While some of the increased numbers of cases can be attributed to more testing, the percentage of positive results is also climbing.

The Trump administration has tried to soften nationwide concerns about the pandemic even as a dozen or so states see worrisome increases.

“We’re working aggressively with states and local leaders in this situation but it’s important for the American people to know this is a localized situation,” U.S. Health and Human Services Secretary Alex Azar told Fox News in an interview. The counties that are in hotspots are 3% of American counties.”

Government experts believe more than 20 million Americans could have contracted the coronavirus, 10 times more than official counts, indicating many people without symptoms have or have had the disease, senior administration officials said.

People who have COVID-19 but show no symptoms are capable of spreading the disease, health experts say.

The focus of the pandemic has moved to the U.S. West and South, including more sparsely populated rural areas, from the early epicenter around New York, where more than 31,000 deaths have been recorded, more than a quarter of the country’s total.

FILE PHOTO: A medical worker coordinates testing as dozens of people wait in their cars at United Memorial Medical Center amid the global outbreak of the coronavirus disease (COVID-19), in Houston, Texas, U.S., June 23, 2020. REUTERS/Callaghan O’Hare

Oregon and Utah have also paused or slowed lifting the restrictions.

In California, Governor Gavin Newsom, a Democrat, declared a budget emergency due to the pandemic.

Nearly 5,350 people tested positive for the coronavirus in the past 24 hours, fewer than Wednesday’s record of 7,149. But the number of Californians becoming very ill continued to rise, using about 34% of the available intensive care beds in the state, up from 29% on Wednesday.

New York, New Jersey and Connecticut on Wednesday ordered travelers from eight mostly Southern states, as well as tri-state residents returning from those areas, to self-quarantine for two weeks on arrival.

New York Governor Andrew Cuomo said on Thursday that New York reached a new milestone as the number of people hospitalized with COVID-19 fell to 996, the first time since March 18 the number fell below 1,000.

Cuomo, a Democrat who has been sharply critical President Donald Trump’s handling of the pandemic, during an interview on CNN appeared to blame Trump and other Republicans for the surges in other states.

“You played politics with this virus and you lost,” Cuomo said on CNN.

Apple Inc (AAPL.O) said on Thursday it would close 14 stores in Florida due to the rise in coronavirus cases, following an earlier round of re-closures in Texas, Florida, Arizona, North Carolina and South Carolina.

Shares of Walt Disney Co (DIS.N) fell 2% on Thursday after it delayed the reopening of California theme parks and resort it receives approval from state officials. Disney’s stock price made back much of that loss in later trading.

(Open tmsnrt.rs/2WTOZDR in an external browser for a Reuters interactive)

(Graphic – Where coronavirus cases are rising in the United States: here)

(Graphic – Tracking the novel coronavirus in the U.S.: here)