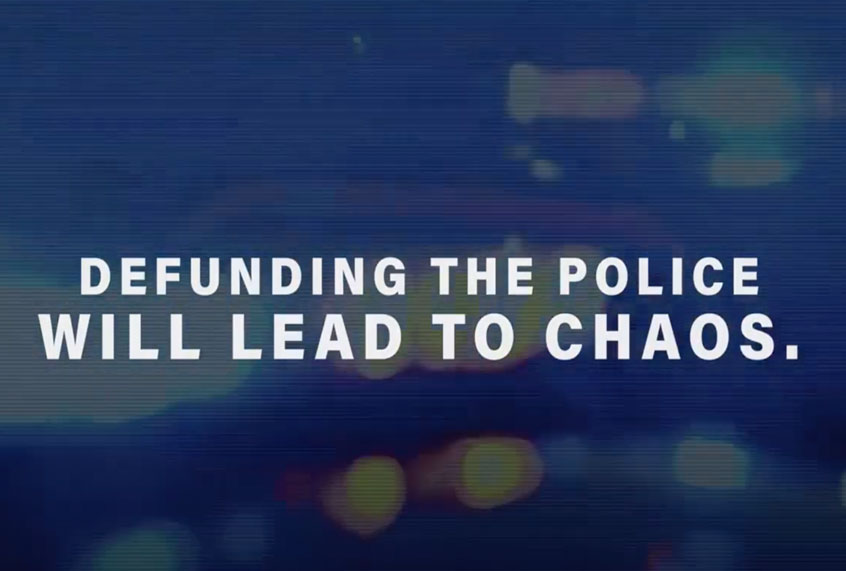 For decades, the two partisan political organizations dedicated to electing attorneys general had an agreement not to attack the other side’s incumbent candidate. During President Donald Trump’s time in office, however, the Republican Attorneys General Association (RAGA) has thrown that accord out the window, lurching further to the right year after year and weaponizing the partisan polarization gumming up the country’s political apparatus.

“Our friends on the other side and particularly donors, much earlier than Democratic donors, started to recognize the power of the office of the attorney general,” Sean Rankin, executive director of the Democratic Attorneys General Association (DAGA), told Salon in 2018, as competition for the once-obscure elected office grew hot across the country.

“They saw this as a real opportunity to develop the Republican bench, as well as derail those Democrats who had promising careers,” he said.

Attorneys general essentially have the final say in prosecutorial discretion, or which cases get taken to court, a fact understood by lobbyists. Industry groups have depended on help from AGs, including the National Rifle Association (NRA), which made a $700,000 donation to RAGA four weeks after the 2017 Las Vegas shooting.

After that donation, 24 out of 27 Republican AGs wrote Congress asking for a bill to make concealed-carry federal law.

Now RAGA has turned its sights to Democrats, launching a new “Lawless Liberals” campaign last month, which parrots Trump’s belligerent race-baiting about the social justice protest movement sweeping the country. The campaign is an unsubtle effort to appeal to a unsubtle president, whose AG endorsements have provided critical support in previous elections.

The group’s most recent ad, however, appears to have nothing to do with attorneys general.

The ad — “Erasing History” — digitally wipes the faces of all four presidents off of Mount Rushmore one by one, while headlines show people calling for the removal of other monuments featuring their likenesses.

It also apparently has little to do with law enforcement. Of the video, RAGA executive director Adam Piper said: “‘Erasing History’ is a poignant reminder about the dangers of the current ‘cancel culture,’ the threat to our nation and the rule of law posed by anarchists and lawless liberals.”

RAGA bought airtime for the ad in Rapid City, South Dakota, on July 3 and 4, for cable networks MSNBC, CNN and Fox News. This might seem like a strange use of funds, because there is no attorney general election in South Dakota this year. However, Trump will visit the area on those days to celebrate the Fourth of July at Mount Rushmore.

The president’s endorsements have proved critical before, such as with the election of Kentucky’s Republican Attorney General Daniel Cameron last year.

Cameron, however, has been taking heat for the handling of the investigation into the shooting death of EMT Breonna Taylor by Louisville police this March, which turned the city into one of the major hotbeds for social justice protests this June.

RAGA’s website exploits that unrest, featuring an animation of a car in flames for the banner image and threats that Democratic AGs will dissolve police departments and destabilize law and order.

Ironically, Republican attorneys general have recently themselves run afoul of law and order.

In 2015, Texas AG Ken Paxton was indicted on felony securities charges. His trial has been pushed back numerous times since then, but while Paxton waited, RAGA appointed him as its chairman.

“The chief law enforcement officer has a primary responsibility to protect the people. I’m proud to stand with Ken and the rest of my colleagues in working to elect more Republican AGs who will protect our communities and stand for the rule of law,” RAGA vice chairman, Indiana Attorney General Curtis Hill, said in the November 2018 announcement.

Hill, however, had been accused of groping four women at a bar nine months earlier, and that summer a bipartisan coalition of Indiana lawmakers called for his resignation.

Hill did not resign, and is in fact seeking re-election in November. His largest first-quarter contribution in 2020 came from the RAGA Action Fund, which donated $25,000 to his 2020 campaign.

In May, the Indiana State Supreme Court suspended Hill’s law license in lieu of the groping allegations. RAGA gave him another $11,000 the next month.

Three days after receiving the contribution, Hill defended himself against the allegations at the Indiana Republican Convention.

Though Hill’s comments might come off as a stretch — Trump received a Selective Service deferment during the Vietnam War, exempting him from the draft because of alleged problems with bone spurs in his heels — they exemplify RAGA’s all-in merger with MAGA.

RAGA has inserted itself into the nominally independent judiciary, promoting what it calls its own “judicial farm team.”

It has also sought to restrict vote-by-mail — again citing Paxton — based on unsubstantiated claims of voter fraud.

The group has also waded into the fight against the Affordable Care Act, attacking presumptive Democratic nominee Joe Biden for “politicizing” the coronavirus pandemic. (Biden had written a letter castigating Trump for his “unconscionable” pursuit of a lawsuit “designed to strip millions of Americans of their health insurance” amid a national health emergency.)

“His letter to President Trump on the legal issues surrounding the Affordable Care Act is not only in poor taste but also uninformed. A federal court has already ruled that the ACA is unconstitutional. It is critical the Supreme Court finish its review,” wrote Louisiana Attorney General Jeff Landry, RAGA’s chairman.

It was not the only time Landry waded into health care to advance Trump’s interests. In March he secured for his state 400,000 doses of hydroxychloroquine, the now-discredited COVID-19 treatment hawked for months by Trump.

RAGA has spent tens of thousands of dollars on dinners for chief law enforcement officers and their top donors at Trump’s Mar-a-Lago resort. It also filed an unprecedented letter in support of Trump during his impeachment trial in the Senate and called on a Washington, D.C., district court judge to obey the Justice Department’s request and drop all charges against Michael Flynn, Trump’s former national security adviser.

“It has become trendy in recent years for courts to weigh in on the wisdom of this administration’s policy decisions. Too often, that commentary comes in grandiose terms more appropriate for an op-ed than a judicial opinion,” the group said, urging the judge to dismiss the case “without irrelevant or personal comment.”

Sean Rankin of DAGA — RAGA’s Democratic counterpart — told Salon in a statement that “RAGA and this group of Republican AGs have quite a strategy: they’re trying to tear away affordable health care from millions of Americans, and they’re against voting by mail – both of these things in a pandemic. They’re against equal rights for women and LGBTQ people, and they don’t believe in science. They stay in lock-step with Trump’s missteps – and then are baffled by the fact that their incumbents are now vulnerable in red states …. I, for one, do not plan on interfering with my opponents while they continue to hurt themselves.”

FEC filings indicate that RAGA, for whatever reason, appears to have iced much of its direct spending in 2020, but it has dropped money into Push Digital, the company that produces the “Lawless Liberal’ videos. To see what kind of production values they’re getting, watch one here:

California Gun Owners’ Info Exposed, Here’s Who Is Affected
White supremacy’s hypothetical harms and violent delights | Opinions
Dan Rodricks: More guns coming to Maryland streets near you
Some LGBT+ Americans are turning to guns for their safety amid a rising wave of hate
BOOK REVIEW: Reconsidering the Constitution in Black and White by C. Ellen Connally