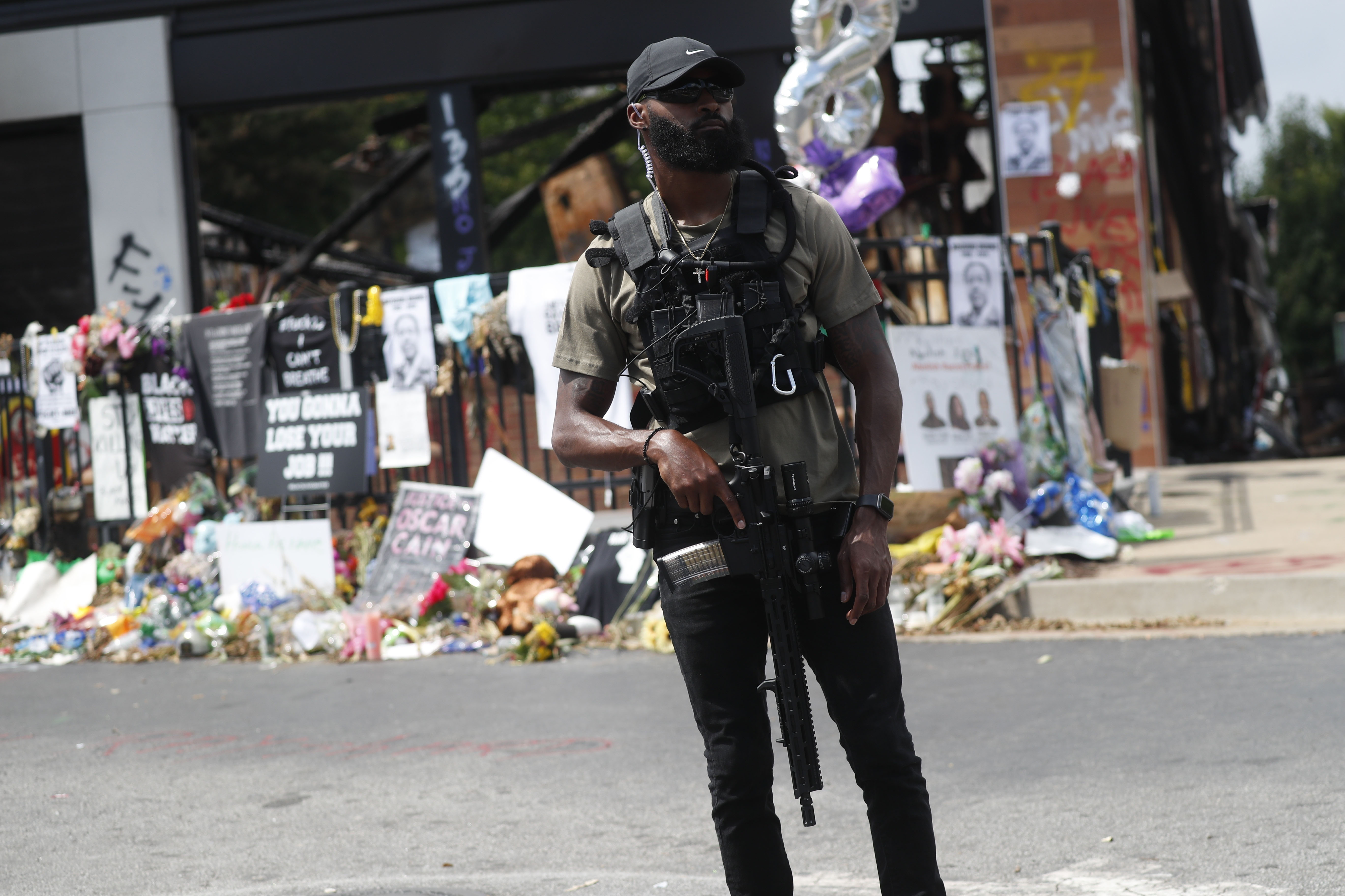 The federal government has also threatened to deploy federal forces in Baltimore, Detroit, New York, Oakland and Philadelphia — all of which have large Black populations.

The White House has specifically cited gun violence in African-American communities and the threat of damage to federal property as an excuse for the increased military presence. And it’s not the first time that government leaders have presented armed African-Americans as a threat: when the Black Panther Party reached its height in the late 1960s, the National Rifle Association, in partnership with then-California governor Ronald Reagan passed gun control legislation that limited open carry at the state capitol.

Black gun owners of this era, however, maintain that their firearm ownership is not evidence of something more sinister, nor is it the violent show of force that some conservatives have made it out to be.

“It’s my constitutional freaking right,” said Kat Traylor, a political strategist and licensed gun owner based in Aurora, Colo. Her city is home to one of the most violent mass shootings in American history.

Traylor said she feels empowered by owning a firearm. At the same time, she is a member of the Moms Demand Action group, which advocates for gun control legislation. In 2018, she helped push through the state’s Red Flag Law that gives judges the power to seize a person’s firearm if they prove to be a danger to themselves or another person.

“We tussled with the idea of having guns in our home because we’ve advocated so many gun rights legislation,” she explained. “We were like, yeah, we need this law because we don’t need guns in the hands of people that are clearly going to hurt themselves or others.”

Traylor is not the only person who has struggled with the implications of owning a gun as a Black American. With shootings on the rise in several American cities, advocates are wary of the trend, saying there isn’t enough evidence to prove that guns will make Black Americans any safer.

“What I really want people to think about is the impact of the presence of guns in Black communities and how there are inherent challenges and more nuanced challenges to saying ‘everyone should arm themselves,” said Amber Goodwin, founder and executive director of the Community Justice Action Fund, which aims to prevent gun violence in communities of color. “Not everyone has access to gun safety. We don’t know how guns can actually make Black people safer in the home or outside of the home.”

Black gun ownership advocates, who prioritize safety and proper training over rushed and potentially dangerous efforts to secure these weapons, say that their growth in numbers sends a powerful message beyond those from Stone Mountain, Oklahoma City, Aurora or any individual city.

“The days are over of African Americans sitting around singing Kumbaya and hoping and praying that somebody will come and save them. We’re gonna save ourselves,” Smith said. “And any politician that wants our vote moving forward, they better be on the side of our thinking otherwise, you’re not gonna get our vote. We’re not gonna be sheep anymore.”

ILA | Ohio: Emergency Powers Bill Heads to the Senate for Concurrence, Contact Your Senator Today!
Virginia bill would ban TikTok from government devices
ILA | New Jersey: Bruen End Run Legislation Nearing the Finish Line
Chuck Haga: We care, fret and worry. But what are we supposed to do? – Grand Forks Herald
Democrats push firearms purchasing ban for people who voluntarily give up their 2A rights