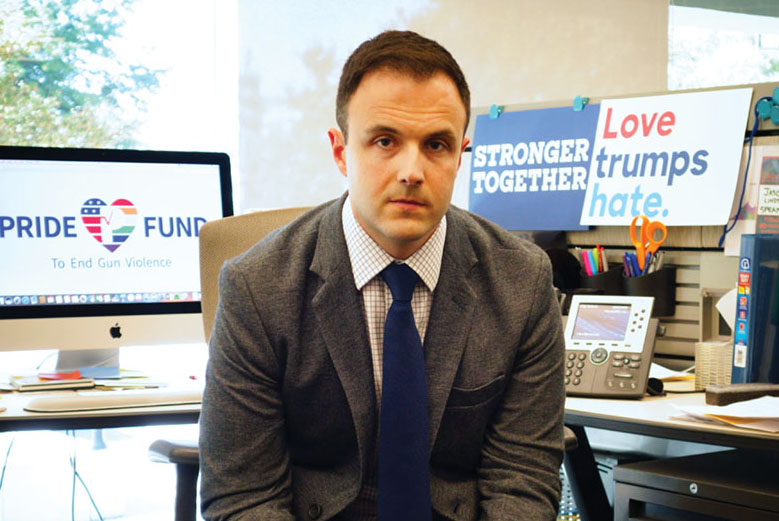 “Dissolving the corrupt, dangerous, and extremist NRA organization will end an illegal scheme led by the NRA leadership to enrich themselves and push an agenda that leads to the deaths of nearly 40,000 Americans each year,” said Jason Lindsay, CEO of the Pride Fund to End Gun Violence, in an exclusive statement to Metro Weekly. “I believe this would end a corrupt, criminal enterprise and improve the public safety of our country.”

Lindsay was responding to actions taken on Thursday by New York Attorney General Letitia James, who brought a lawsuit against the National Rifle Association. James called for the gun advocacy’s dissolution over allegations that its leaders had for years mismanaged money, using organizational funds to enrich themselves and bankroll lavish lifestyles.

The lawsuit claims that NRA executives violated numerous state and federal laws through various alleged tax violations, including false reporting of annual filings to the state and the Internal Revenue Service. James’ office has claimed executives engaged in “improper expense documentation, improper wage reporting, improper income tax withholding” and failed to make required excise tax reporting and payment, among other issues. The Attorney General has claimed those improper actions drained the NRA of nearly $64 million over a three-year period.

The lawsuit was quickly countered by a federal lawsuit, brought by the NRA against James’ office, claiming her actions were politically motivated and violated the NRA’ First Amendment rights. At the same time, D.C. Attorney General Karl Racine filed a similar lawsuit, accusing the NRA of misspending millions of dollars of its charitable foundation’s funds.

Lindsay, a combat veteran and gun owner, said that, if the NRA were to disband, Second Amendment supporters who were effectively fleeced by the NRA and want representation would be within their rights to “start fresh with a new organization that follows the law and has a leadership structure that focuses on the mission, not getting personally rich.”

Formed in the wake of the June 2016 mass shooting at Orlando’s Pulse nightclub that claimed 49 people’s lives — with most victims being LGBTQ people of color — the Pride Fund to End Gun Violence is one of several LGBTQ-specific organizations that have aligned themselves with gun reform groups to better regulate firearms.

Among the proposals that gun reform advocates have pushed for are background checks, so-called “red flag” laws that crackdown on gun ownership among people who are mentally unstable or likely to commit unprovoked violent acts, and other restrictions on the type and number of firearms that can be purchased at a single time, as well as the amount of ammunition.

James’ announcement that she was seeking dissolution of the NRA was the equivalent of a political grenade, with those on the Right claiming the attorney general was trying to silence political opponents in an election-year surprise. They vowed there would be a backlash, not only against her, but against other Democrats and gun reform advocates at the polls in November.

Trump campaign advisor Jenna Ellis — who has become famous in her own right for statements disparaging the LGBTQ community — tweeted: “Anyone really think the Democrat NY AG’s suit against @NRA isn’t a politically motivated attack against the millions of Americans across the country who value our Second Amendment? Unfortunate they are incorporated in NY rather than a #2A friendly state.”

Anyone really think the Democrat NY AG’s suit against @NRA isn’t a politically motivated attack against the millions of Americans across the country who value our Second Amendment?

Unfortunate they are incorporated in NY rather than a #2A friendly state.

President Trump followed with his own tweet, writing: “Just like Radical Left New York is trying to destroy the NRA, if Biden becomes President your GREAT SECOND AMENDMENT doesn’t have a chance. Your guns will be taken away, immediately and without notice. No police, no guns!”

Just like Radical Left New York is trying to destroy the NRA, if Biden becomes President your GREAT SECOND AMENDMENT doesn’t have a chance. Your guns will be taken away, immediately and without notice. No police, no guns!

Lindsay, however, says those lobbing partisan attacks on James are intentionally and wrongly conflating the NRA with the right to bear arms.

“This is not an attack on the Second Amendment,” he told Metro Weekly. “The Second Amendment is enshrined in the Constitution of the United States, not a single nonprofit political organization. This litigation in no way impacts a person’s right to bear arms. It targets an organization that is a corrupt and dangerous nonprofit that includes promoting the Second Amendment as part of its mission, but is currently illegally using fund to make leaders rich, stealing funds from dues-paying members who are focused on the mission.”

He added: “Over the years, the NRA has abandoned its mission of promoting safe gun use and training, and instead focused their efforts on lobbying and campaigning and lining the pockets of Republicans in Washington, to ensure no gun reform legislation is passed. Meanwhile, top leadership abuses funds to benefit themselves and skirt the laws that govern nonprofits.” 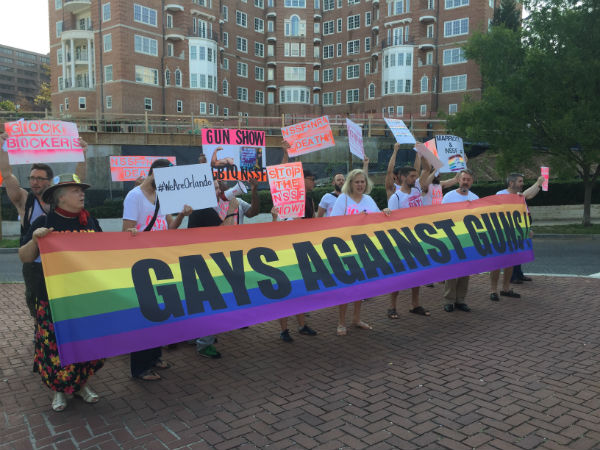 Members of Gays Against guns protest the NRA outside of its meeting at the Marriott Wardman Park hotel. – Photo: John Riley

John Becker, an organizer with the D.C. chapter of Gays Against Guns, also weighed in, saying the organization was “excited” by James’ lawsuit.

“The facts [James] laid out yesterday after an exhaustive 18-month investigation further confirm what we already know: not only does the NRA have the blood of tens of thousands of dead Americans on its hands, it is also a massively corrupt criminal enterprise that is, in her words, ‘fraught with fraud and abuse,’” Becker told Metro Weekly in an email.

“As it turns out, the same people who look the other way when schoolchildren are murdered in cold blood have no problem lying to and stealing money from their donors and lavishing themselves and their cronies with posh vacations, private jets, and expensive gifts. They are morally and financially bankrupt, and hopefully AG James’s action will drive the final nail in their coffin and close their doors for good. America will be better off when the NRA can sashay away.”

Pride Fund’s Jason Lindsay: “The NRA’s all-or-nothing approach may finally be failing them”

Two-thirds of voters of color, including LGBTQ people of color, plan to vote early or by mail

Springfield’s unwritten rule kept lawmakers from banning assault weapons
Democrats push firearms purchasing ban for people who voluntarily give up their 2A rights
Chuck Haga: We care, fret and worry. But what are we supposed to do? – Grand Forks Herald
Key Senator Says Schumer-Backed Gun Control Measure ‘No Longer on the Table’
OP-ED: Repeal the Second Amendment | Op-Ed