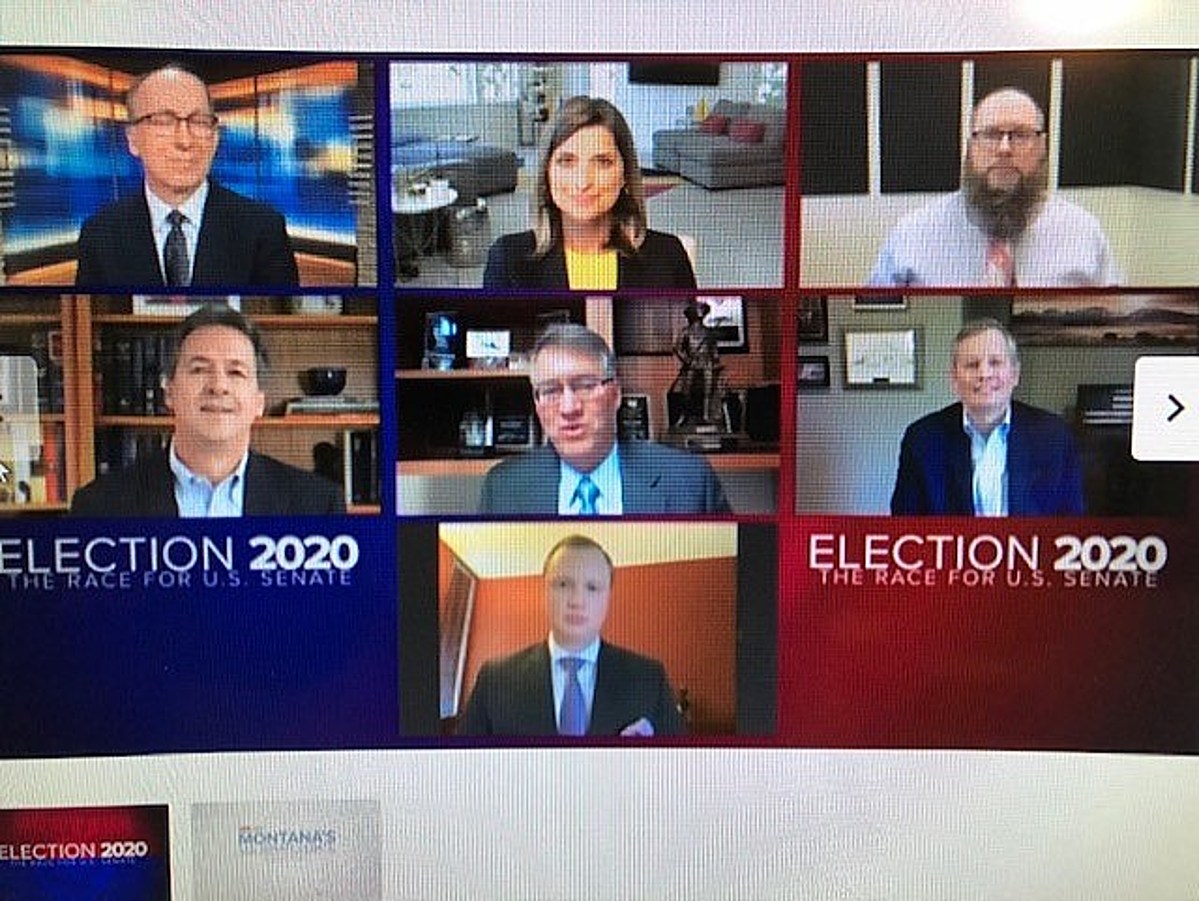 First, Daines again and again tied Bullock to Democratic leaders Nancy Pelosi, Chuck Shumer, and even former President Barack Obama, in an attempt to portray him as being a key to liberal Democratic control of the Senate. Daines even tied Bullock to a fundraiser hosted by Jane Fonda, whom he referred to as ‘Hanoi Jane’.

Bullock, in turn tied Daines to President Trump, as well as corporate interests, again and again bringing up $500 billion in support for big corporations from the initial CARES Act.

Following are excerpts from each candidate’s closing statements.

“Make no mistake,” said Daines. “This election is the most consequential in our lifetime and it will determine who controls the United States Senate. It will determine the future of the United States Supreme Court because if we lose this seat, there’ll be no check on Nancy Pelosi’s radical agenda coming out of the House (of Representatives). Remember that Chuck Schumer and Barack Obama personally recruited Steve Bullock to run for the U.S. Senate because he’ll stand with them in these radical job killing liberal agenda items. Steve Bullock and I could not be more different. Let me paint the picture. I cut taxes, he wants to raise them. I protected the Second Amendment and have been endorsed by the NRA with an A-plus plus rating. He wants more gun control, and the NRA just gave him an ‘F’ rating. I fought for Montana jobs. He opposed the Keystone pipeline and he waffled on that issue. I also got a bill signed in law that ensures greater transparency on Senate campaign finances. Yet he decries dark money until it benefits his campaign.”

“I’m running for Senate because Washington isn’t working for us,” said Bullock. “It’s working for the party leaders and the corporate special interests, and in these uncertain times, Montanans need someone who they know is certain who they work for. For four years as Attorney General and eight years as governor, I’ve never forgotten who I work for, and I want to as Senator. Look, I get it that DC seems to change some people. They get that bug and all of a sudden they’re listening more to their party leaders or the special interests than they are to Montanans, or that they forget the fact that they represent all Montanans, even though they disagree with. As your senator, I’ll always put Montana first all stand up to corporate special interests, and I’ll never let any party leader dictate what I do or how we live.”

Millions of dollars are pouring into the state for this campaign, as the Montana seat will help to decide if the U.S. Senate will remain in Republican control, or if Democrats take the majority, then both the U.S. House and the Senate will be controlled by the Democratic Party.

Watch the debate (via ZOOM) linked above.