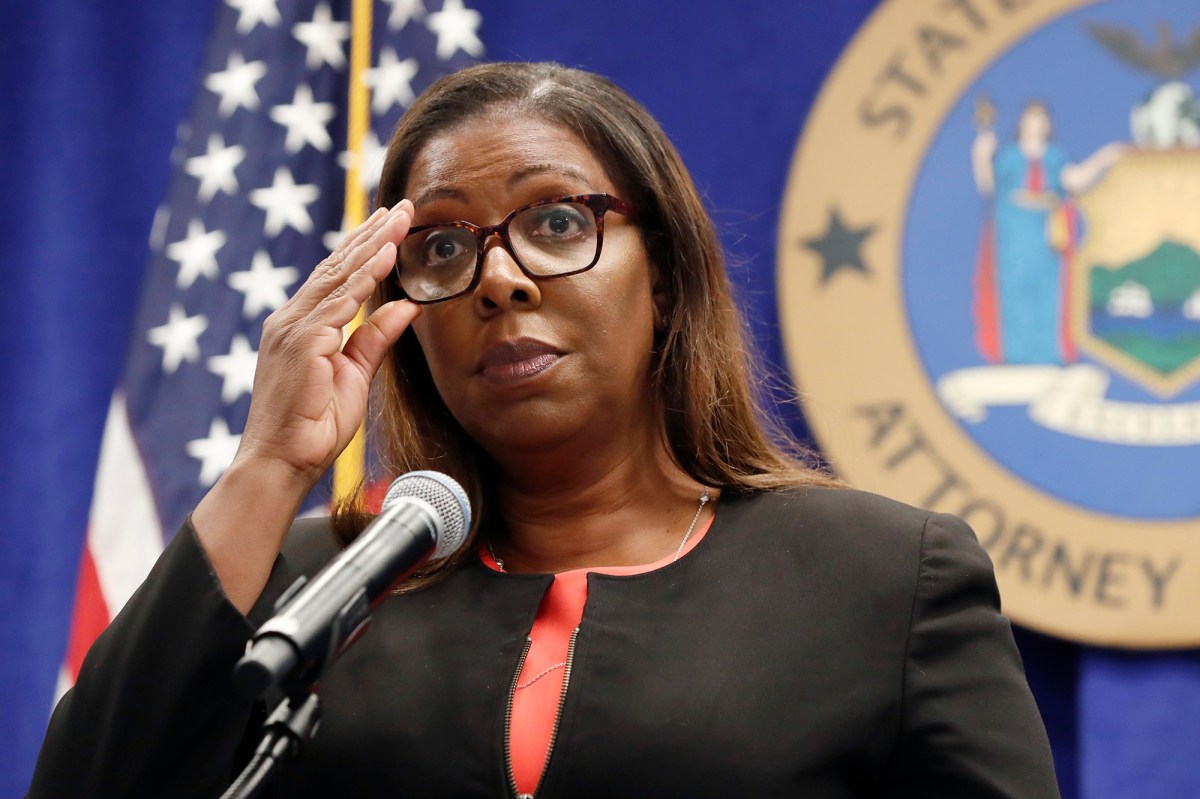 There she goes again: Attorney General Tish James last week filed another dubious lawsuit, this one seeking to dissolve the National Rifle Association.

We’ve had differences with the pro-gun group over the years, but James’ attempt to crush it is clearly a political stunt. She’s hoping it will make her a star on the left and lead to favorable headlines for years to come as the suit winds its way through the legal system.

James argues the NRA is so “fraught with fraud and abuse” that the 149-year-old group — headquartered in Virginia but chartered in New York — should be shuttered.

The suit names four current or former leaders, including chief executive Wayne LaPierre, whom James accuses of having “looted” the organization for personal gain, including travel on private jets and yachts.

The four improperly enriched themselves, friends and family members, costing the group $63 million, she charges.

Yes, the NRA’s board should certainly examine the allegations, if it hasn’t already. And if LaPierre and others broke any laws — which seems likely, if the charges are true — they should be held accountable.

But dissolve the group? Please.

Beat it politically, on the merits, if you’re anti-gun and don’t like the NRA, but not via shady legal games.

Heck, James isn’t even using criminal law to target the organization: Her suit is a civil action.

Recall, too, that James ran for AG two years ago promising to go after the NRA, which she described as a “terrorist organization” and a “criminal enterprise.”

Clearly, she knows how to use her office for political ends. Too bad that’s not what it was meant for.

The Murders Continue and Our Government Doesn’t Care
Why are There So Many Shootings in America? It’s a Loaded Question
ILA | Emboldened, Opportunistic Biden Continues to Promote Gun Bans
READER’S EDITORIAL: THE GOP AND GUNS
Beto, Trump not out for the count