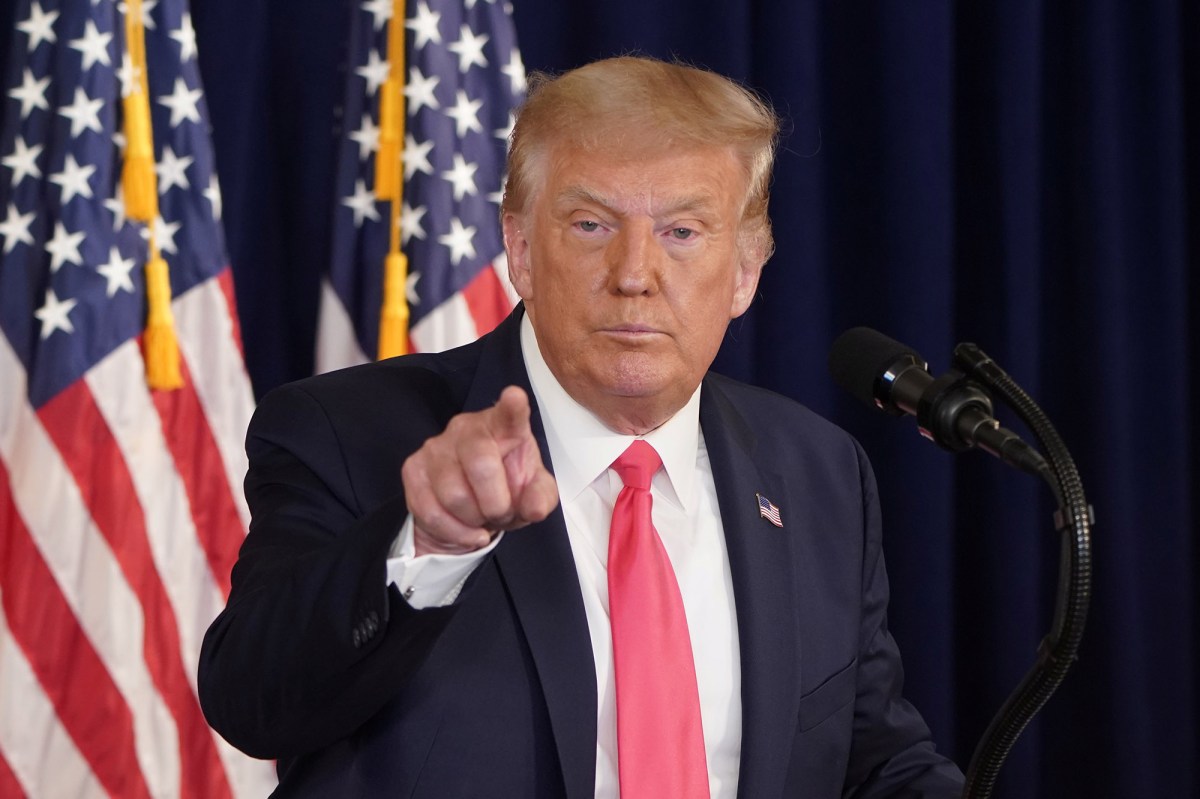 Eye on the economy: Don Rescues US  — Again

“President Trump showed once again Saturday that he places America and the American people first when” he used his executive powers to end the congressional gridlock over the next coronavirus relief package, cheers Andy Puzder at FoxNews.com. “Democrats have made it increasingly obvious that they view the virus as an opportunity to demonize Trump” and to push “radical priorities.” The president sidestepped their machinations with decisive action, “signing four executive orders” that “extend a lifeline to American families.” Kudos!

From the right: A Lawless NRA Lawsuit

New York Attorney General Letitia James’ attempt to dissolve the ­National Rifle Association is not only “bananas,” but also “a plainly partisan political attack,” charge the editors of National Review. To be sure, she may well uncover “actionable financial wrongdoing” among NRA leadership.” Failing that, though, nonprofit honchos don’t “take a vow of poverty,” and the NRA’s decision to compensate its execs “rather splendidly” is “not a crime.” Even if NRA boss Wayne LaPierre did commit crimes by spending “funds on himself and his family,” as James claims, the feds haven’t ­accused him of anything, and she has decided to seek dissolution instead of just indicting him. It all adds up to “pure political score-settling” — an ­“assault on the First Amendment, the rule of law and democracy itself.”

Many poverty-fighting organizations are seeing large drops in the number of clients, reports True Charity Initiative director Nathan Mayo at The Washington Examiner — even though unemployment has “vaulted.” So “where did these clients go?” Turns out, the government is delivering so many truckloads of perishable food that some nonprofits and churches are “giving it out with no questions asked.” This “indiscriminate assistance has diverted” many of the poor from “holistic, development-oriented nonprofits” and enticed them “with help that fails to incorporate any element of challenge.” Yet “massive food distribution is unnecessary.” And the “national fervor to ‘do something’ is undermining the efforts of skillful nonprofits dedicated to the long-term success of impoverished Americans. Those Americans need more than a handout; they need to know someone who cares.”

Rep. Alexandria Ocasio-Cortez recently claimed that a statue of Saint Damien of Molokai in the US Capitol represents “patriarchy and white-supremacist culture.” Yet, Chad Pecknold counters at First Things, “reality is quite different” from AOC’s “projections.” Born Jozef De Veuster in 1840 in Belgium, he entered a religious order at age 19 and was dispatched to the Kingdom of Hawaii. There, on the island of Molokai, “without the solace of their families, or the church, Hawaiian lepers were essentially exiled.” The future saint went to Molokai “to establish a parish for the lepers” but ended up staying nearly two decades. He built “schools, roads, an orphanage, a hospital, a graveyard” before succumbing to leprosy himself. “The prime minister of Hawaii called him ‘a Christian hero.’ The princess of the Kingdom of Hawaii bestowed upon him the highest honors of her people. Hawaiians erected a statue of this ‘white man’ in front of their state capitol building.” Thus, AOC’s “narrative, filled with its own curious form of hate, dehumanizes the man who exemplifies what it means to cherish human dignity.”

During previous pandemics, some “vastly more lethal” than COVID-19, “life went on,” Lionel Shriver notes at Spectator USA. Not now, alas — because elites have “oversold” this virus. Many Americans believe the coronavirus has killed “almost 30 million people,” when the actual number is about 162,200. Such “exaggerated impressions of lethality” seem the result of “a stupendously successful propaganda campaign” that tells us to sacrifice friends, family, any “communal experience” and the economy as “fearful prophylactic measures.” Most “horrifying” of all, lockdown may well become “officialdom’s established knee-jerk response to any new contagion.” How can “an erstwhile ‘free people’  ” live like that?