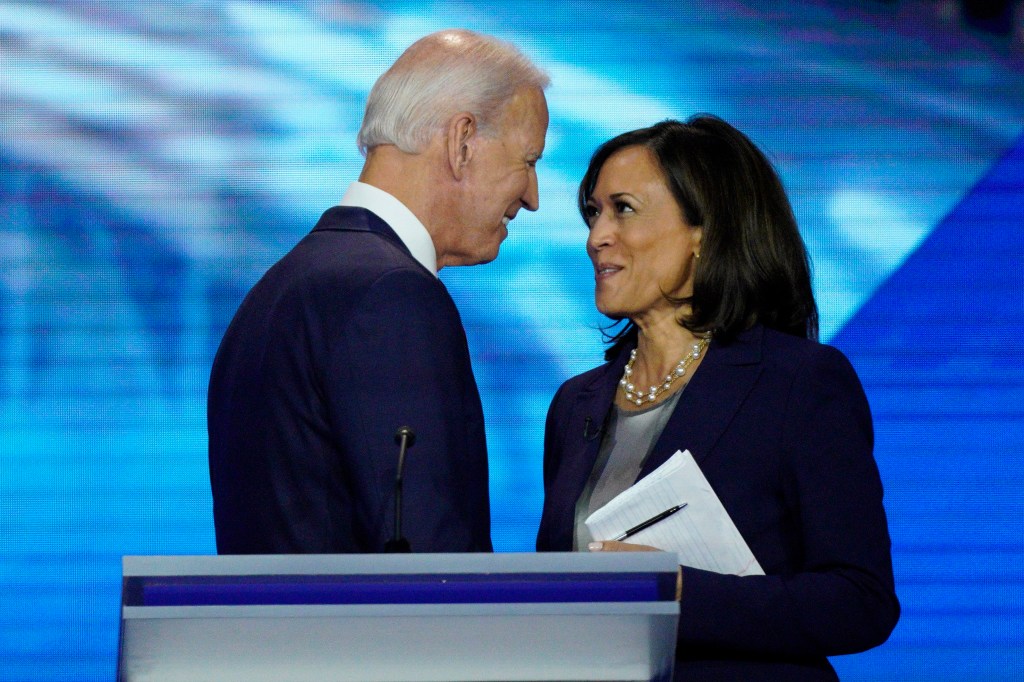 In a tweet, Biden described Harris as “a fearless fighter for the little guy, and one of the country’s finest public servants.”

That’s a bit boilerplate, but it’s been a tiring slog.

For many party die-hards and Never Trumpers, the next stop is the (mail-in) voting booth.

But for voters who want to weigh their choices, the next step is the debates.

And they need to start now.

The Biden campaign will make much of Harris’ resume — especially her past as a district attorney for San Francisco — and tout her questioning of then-Supreme Court nominee Brett Kavanaugh and Attorney General William Barr in hearings before the Senate.

Voters, however, need to hear where she stands on the issues in comparison the Vice President Mike Pence.

What are her views on defunding the police? It’s certainly a hot-button topic, and a good bellwether of just how progressive this ticket is.

How about police reform, qualified immunity and decarceration? This is not the time for the former prosecutor to hedge her bets between the moderates and progressives in the party, which drew criticism in her run for the presidential nomination. Voters want to weigh Harris v. Pence as much, if not more, than Biden v. Trump.

Reparations, coronavirus economic relief, and sending children back to school. We’ll need at least three face-offs between the pair.

Speaking of coronavirus, how would Harris have handled the pandemic with the same knowledge as the Trump Administration? How do Pence and Harris see the country going forward in balancing health and a faltering economy?

Open borders, drivers licenses for illegal immigrants, ICE and law enforcement actions regarding undocumented criminals — what do they each espouse and why?

Biden may not endorse the Green New Deal, but will Harris? Will November shape up to be a battle over fossil fuels? Debates will help voters suss it out for themselves.

New York Attorney General Letitia James recently filed a lawsuit seeking to dissolve the National Rifle Association — while neither Pence nor Harris may want to weigh in on a pending lawsuit, this is an excellent talking point in regard to gun rights and gun control.

Pro-life vs. pro-choice, school funding, health care and how to pay for it — if, as many pundits posit, Biden doesn’t finish his first term and Harris has to step in, knowing her positions on all these and more is of major importance.

Yes, we’ve endured our share of Democratic debates, complete with an apparent cast of thousands, but a series of Harris-Pence face-offs will help make their differences, and perhaps similarities, apparent to the voting public.

November 2020 will be a very important election — it’s time to amass as much information as we can to make the best choice for the country.