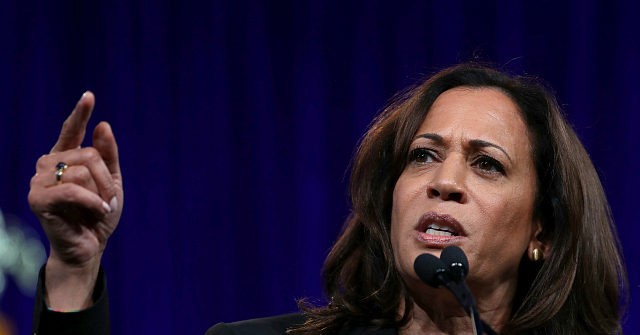 In these times of left-wing mobs filling the streets, assaulting civilians and police officers, destroying property with apparent impunity, flagrantly defying coronavirus social distancing rules, and even seceding from the Union, one of the few consolations for conservatives is the notion that gun rights appear to be safe for a generation to come. Gun sales are booming and ammunition is selling like hotcakes, so Democrats would be suicidal to make another push for gun control, right?

Wrong. Gun control is not dead, nor does it sleep. New York Attorney General Letitia James filed a lawsuit on August 6, seeking to dissolve the National Rifle Association (NRA). The NRA responded by denouncing the suit as a “baseless, premeditated attack on our organization and the Second Amendment freedoms it fights to defend.” This legal drama will likely reignite dormant gun control debates as it plays out, and clearly the dissolution of the NRA would have a profound impact on advocates of both gun control and gun rights.

Presumptive Democrat vice presidential nominee Kamala Harris promised during a primary debate to sweep aside Congress and the Constitution to impose gun control measures. “Upon being elected, I will give the United States Congress 100 days to get their act together and have the courage to pass reasonable gun safety laws, and if they fail to do it, then I will take executive action, and specifically what I would do is put in a requirement for anyone who sells more than five guns a year, they are required to do background checks when they sell those guns,” she said.

As for Joe Biden, he’s made some truly bizarre comments about guns over his long political career, driven more by a desire to appease both gun-control advocates and gun-owning Democrat constituencies than any coherent philosophy. That lack of any real convictions on the subject means Biden will not step in the way of any gun control crusades if he wins the White House. In fact, he’s likely to present himself as a friend of gun owners who sees that whatever gun control activists are proposing is “reasonable” and would only be opposed by extremists.

If you think the Left will ever abandon any of its cherished policy objectives merely because a majority of the American public strongly disagrees, you haven’t studied how the Left operates.

The Left does not care about “the will of the people” when it runs counter to their agenda. They don’t allow popular opinion to shape government; they use government power to shape popular opinion. And when left-wingers cannot get what they want through legislation, they use other forms of power to impose their preferences on the public.

As Obamacare demonstrated, leftists are willing to take the electoral hit for imposing an unpopular policy if they believe that policy will socially engineer a more compliant American public in the years to come. The push for gun control in 2021 will be absolutely irresistible for Democrats if they do exceptionally well at the ballot box in November 2020. Democrat activist groups will loudly demand action, and there won’t be much resistance in a Biden administration or Democrat Congress against those demands.

Gun control groups have heavy financial backing from left-wing billionaires, and they enjoy priceless in-kind support from mainstream media outlets. There is zero chance any significant resistance to their demands will be mounted by a single Democrat lawmaker, no matter what they tell gullible red and purple-state constituents when they run for office as “moderates” who respect the hell out of America’s gun rights.

Gun control is a social engineering step the Left must take, sooner or later. It is vital to redefining citizenship and the power of the State. The Second Amendment enshrines ideals of individual liberty and responsibility that must be wiped out. The people must become utterly dependent on the State for their physical security.

Firearms, and the culture of individual responsibility that surrounds them, are a tangible reminder that the State cannot protect your family – and as the people abandoned to violent mobs in Democrat cities can testify, it doesn’t really have an obligation to try.

This message of depending on the State for security might seem like an odd fit with the Democrats’ “Abolish the Police” mania, and it’s certainly hard to sell abolishing the police with a side order of draconian gun laws to thinking Americans – but remember, the Left isn’t terribly interested in persuading anyone, and will feel secure in its power after a big election victory. Won’t it be absurdly difficult to enforce new gun-control laws, or move toward the outright confiscation that is always and forever the Left’s ultimate goal, after a year of record-breaking gun sales? Yes, but remember, when the Left wants something, the expense of achieving its goals and the amount of compulsive power that must be deployed are features, not bugs.

Just because Democrats want to abolish the police doesn’t mean they intend to get rid of enforcement. On the contrary, there might be fewer police on the streets in 2021 under Democrat rule, but there will be enforcers everywhere.

The same people who tell you enforcing our immigration laws is impossible because we can’t round up millions of illegal aliens will have no problem whatsoever rounding up millions of defiant gun owners. They daydream about sending tactical squads to pry Bubba’s guns from his cold dead fingers. It’s one of the most common forms of political pornography among the online Left. One of the candidates for the 2020 Democrat presidential nomination, California congressman Eric Swalwell, publicly fantasized about using nuclear weapons to kill Americans who defy the State and refuse to give up their guns.

The point is that lefties don’t think the difficulty of enforcing heavy-handed gun laws is an argument against imposing them. On the contrary, they relish the spectacle and would be eager to fund enforcers by taking money away from police officers, who are seen by the hard Left as racist mall cops primarily interested in protecting white middle-class privilege.

Once they feel they have the political strength to survive doing it, even with some losses in the next midterm, Democrats will go for gun control and absolutely revel in the joy of forcing the majority to its knees with raw government power. It will be a media and corporate blitzkrieg. The same machinery currently pushing Black Lives Matter ideology will be easily repurposed for the gun control blitz.

The Left will blame all violence caused by its own idiotic policies on the Demon Gun, just like they’re using soaring crime rates in their hellhole cities to get what they want today. You people out in the heartland with your guns will be blamed for urban violence and mass shootings with renewed passion, pumping new energy into decades-old political narratives – just like they’re blaming you for killer cops and the coronavirus today.

Your email inbox will overflow with messages from corporations supporting the new push for Common Sense Gun Confiscation. Social media companies will ban anyone who objects to the crusade. Gun manufacturers will be assaulted by the Corporate Left in every way possible.

Every negative crime stat will be twisted into an indictment of the people buying guns right now. A narrative will be forged that the gun buying spree of 2020 caused the gun deaths of 2021. Democrat mayors and governors will do all they can to make things worse so it can be blamed on you.

The urgent need to get the guns of 2020 off the streets of 2021 will be cited as the justification for heavy-handed regulations. There will be mass protests in the streets demanding action on gun control. Suggesting the Abolish the Police wing of Black Lives Matter contributed in any way to increased crime will be treated as hate speech.

If the Left doesn’t feel comfortable imposing its will through gun-control legislation, it will find other avenues of power to engineer the public. Lefty corporate financial muscle can be deployed against gun and ammunition manufacturers, making it hard for them to stay in business. Retailers can be bullied out of selling guns. State laws can be rigged to make buying a gun effectively impossible for many residents, no matter what the Constitution says.

All of those things are happening right now. The efforts will intensify under a Democrat national government that has no interest in protecting gun rights. As is increasingly the case with freedom of speech, the Second Amendment will define a right you have in theory, but cannot fully exercise in practice.

Bottom line: don’t make the mistake of thinking the Left will abandon any part of its agenda because the public appears to reject it, especially when the American people are voting with their wallets. Votes made with dollars can be overruled with power. The public can be re-educated or subdued. There is no chance you will emerge from four years of Democrat rule with the same gun rights you have today.

Biden Targets Anyone Who Has Ever Bought a Semiautomatic Weapon: ‘No Social Redeeming Value’
Mass killing in Chesapeake, Va., hits country weary over gun violence
Full transcript of “Face the Nation” on Nov. 27, 2022
Beto, Trump not out for the count
New Delaware law prohibiting gun ownership for most under 21 stands